This ranking was developed to highlight colleges that have great Theater programs and also great support for students who fall outside the traditional “norm”. This could include adults returning to school, part-time students, transfer students, online students and others. 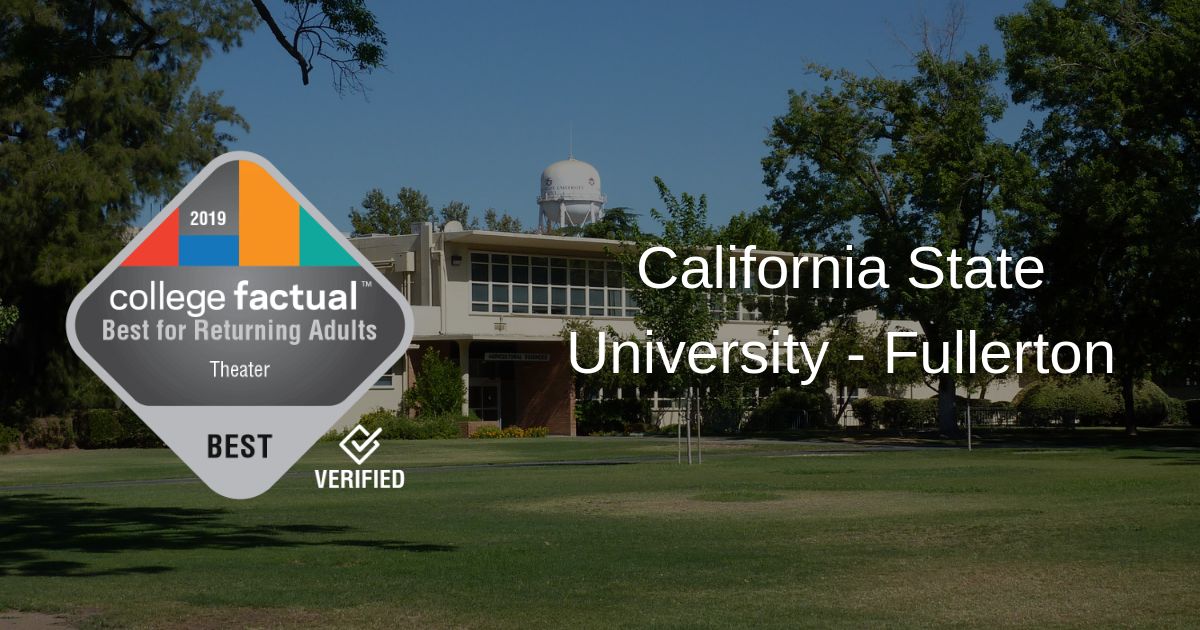 See the full ranking of Theater programs for non-traditional students.

California State University – Fullerton’s Theater program is ranked #4 out of 31 colleges and universities reviewed by College Factual for non-traditional students in California.

According to @CollegeFactual, the Theater program at @csuf ranks #14 in the entire nation for non-traditional students. #nontraditionalstudent

Some of the factors that go into this ranking include the student loan default rate, average graduate salaries, the availability of online and night/weekend classes, and other flexible learning options non-traditional students value.

College Factual, located in Troy, New York, is a leading source of college data analytics and insights, with a strong focus on student outcomes. Its mission is to help all types of students discover their best-fit college and major so they can enjoy their college experiences and graduate with less debt.

College Factual provides coverage for over 2,500 colleges and universities and 350 college majors for students in over 160 countries.