Learn what the standard tuition charge is for U.S. colleges, and how Penn State Harrisburg stacks up.

The next table outlines how Penn State Harrisburg measures up to other schools nationally, regionally and by state.

Visit the Cost Per Credit Hour page to find out more.

Are Tuition & Fees Increasing or Decreasing?

Pennsylvania State University - Harrisburg tuition and fees for out-of-state students grew with a standard annual rate of 2.4% within the last 5 years. In the same time period, tuition grew by 2.4% and fees grew by 1.7%. Due to this, we estimate the cost of tuition and fees for this year will total $24,261.

For a two-year degree, we estimate tuition and fees will be $49,103 and $100,592 for a four-year degree. This does not include additional costs such as room and board, transportation, and books.

View this next chart to see how Penn State Harrisburg tuition and fees might grow including residency based discounts in the future. 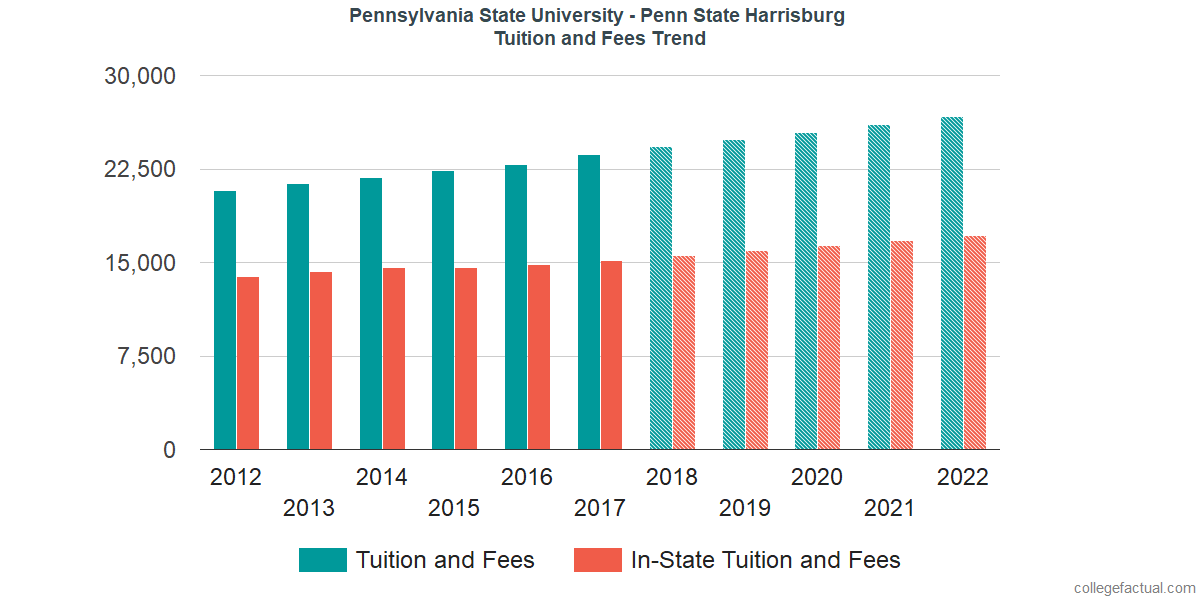 At most schools you will end up paying more for your last year of college than you will in your first. This is because of yearly price increases. It's smart to keep yourself updated!

Learn answers to your finance problems in the tuition & fees FAQ.