Discover what the average tuition charge is for American schools, and how New York Film Academy measures up.

Get a better idea of the tuition and fees charged by New York Film Academy in order to prepare yourself effectively for 4-6 years. Examine the figures following to know how New York Film Academy's cost measures up to other colleges and universities and if you should plan for tuition increases.

The next table outlines how New York Film Academy measures up to other schools nationally, regionally and by state.

How Much Will Tuition & Fees Be for New York Film Academy?

As opposed to public colleges, New York Film Academy does not offer a tuition discount to residents of the state.

Fees and tuition costs quoted on this page do not include room and board, which will increase your costs. Then again, many students wind up having to pay under full tuition because they qualify for financial aid as well as other reductions.

If tuition charges continue to remain stable, two years here will run you $56,520 and four years will run you $113,040. Furthermore, you will probably have added costs for room and board, transportation, and books. 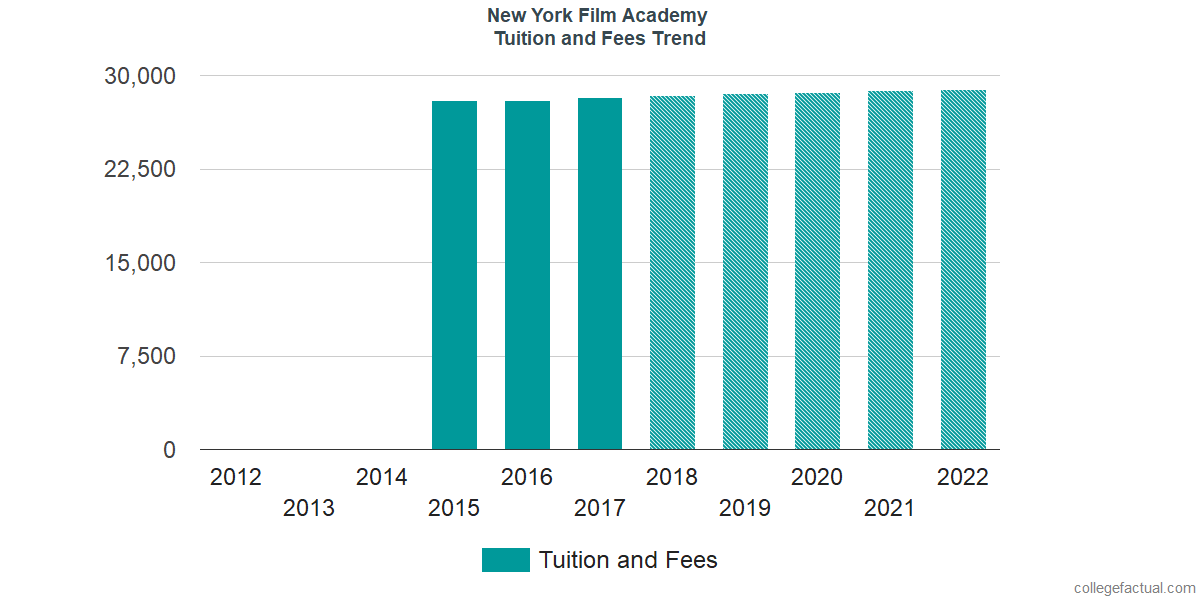 Do Not Discount Price Increases

At a lot of schools you'll end up spending more for your last year of college than you will in your first. This is because of yearly price increases. It's smart to be aware!

Learn answers to your finance problems in the tuition & fees FAQ.