Review current and predicted tuition charges for Truman State, as well as just how these prices contrast to nationwide and regional averages.

Prepare economically for your college degree. Contrast Truman State's tuition charges to American schools. Look for tuition developments and potential increases to see if you should expect to set aside more funds for the following 4 years of tuition.

The following table shows how Truman State compares to other colleges nationally, regionally and by state.

How much does Truman State cost per credit hour?

Visit the Cost Per Credit Hour page to learn more.

Tuition and Fees for out-of-state students attending Truman State University increased at an average annual rate of 1.8% within the last five years. Over that same period, tuition increased by 1.6% and fees increased by 0.0%. Based on this, we predict the price of tuition and fees for this year will be $14,703.

The following chart shows estimated future fees and tuition including residency based reductions for undergraduate students at Truman State. 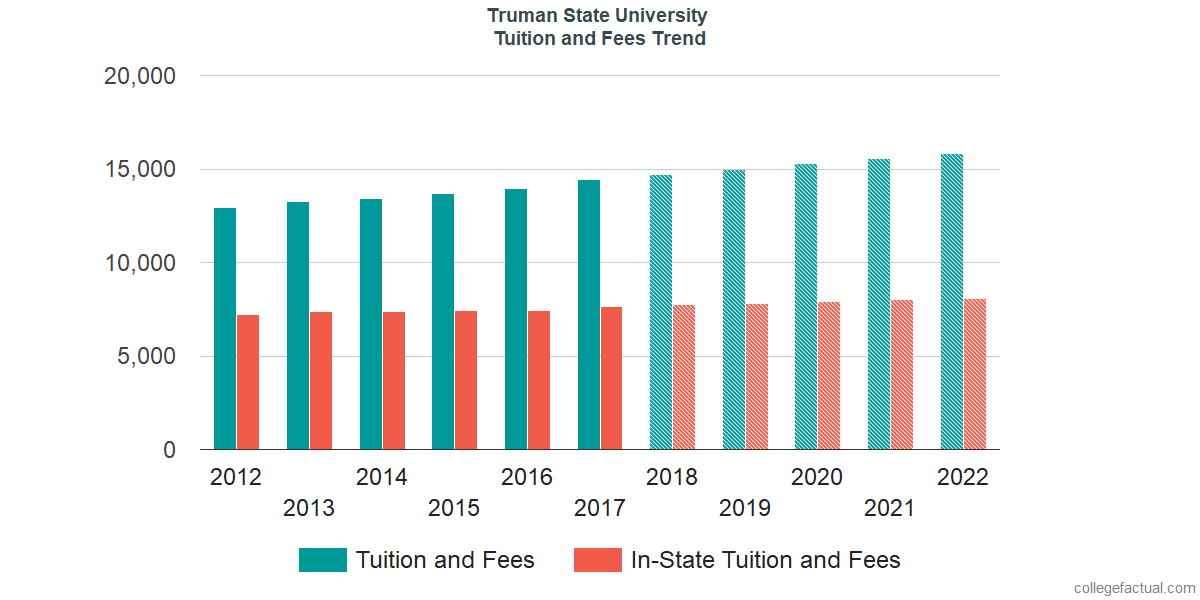 Be aware of just how much the tuition and fees are increasing each year. At many colleges students will wind up paying a higher price for their last year of school compared to what they did for their first.

Continue Your Research on Truman State