How Many Students Attend Allen University?

Allen U total enrollment is approximately 705 students. 577 are undergraduates and 33 are graduate students.

The full-time Allen U undergraduate population is made up of 45% women, and 55% men. 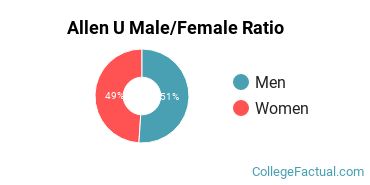 Allen U Racial/Ethnic Breakdown of Undergraduates 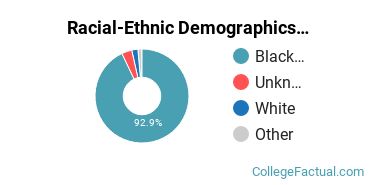 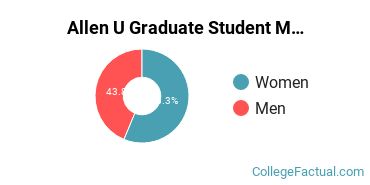 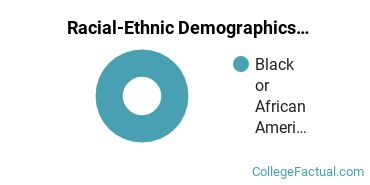 95% Racial-Ethnic Minorities *
Low Faculty Racial/Ethnic Diversity
HBCU YES
Allen U is a Historically Black College or University (HBCU) with a principal mission of serving and educating the black community. 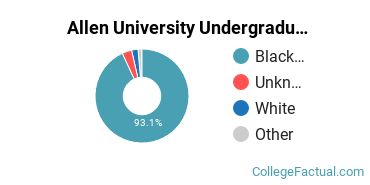 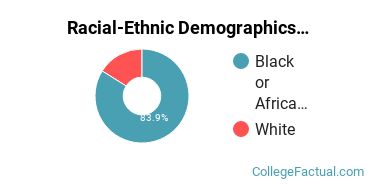 Learn more about the faculty at Allen U. 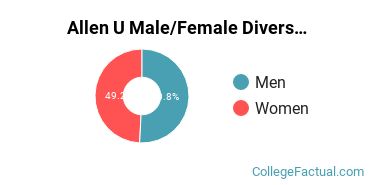 Reporting of the gender of Allen U is unknown or unavailable. 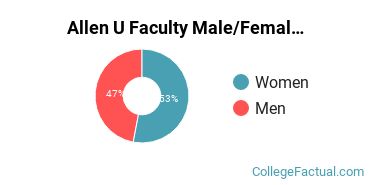 More about Allen U faculty. 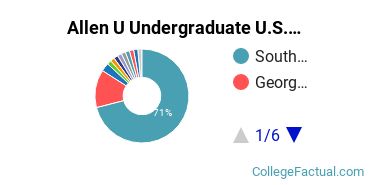 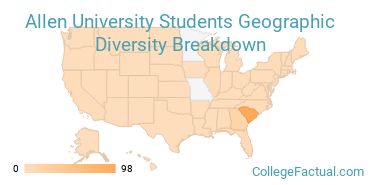 International Students at Allen U

Students from 6 countries are represented at this school, with the majority of the international students coming from Nigeria, Ghana, and British Virgin Islands.

Learn more about international students at Allen U.

A traditional college student is defined as being between the ages of 18-21. At Allen U, 66.95% of students fall into that category, compared to the national average of 60%. 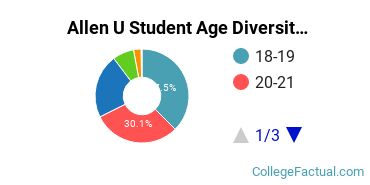