Learn About Diversity at AIU Houston, and how it is Similar to Other Schools in the United States.

We calculated a total diversity grade for every school by looking at racial, age, geographic and gender diversity.

American InterContinental University - Houston sits at an average ranking when it comes to overall diversity at #1,671 in the nation. 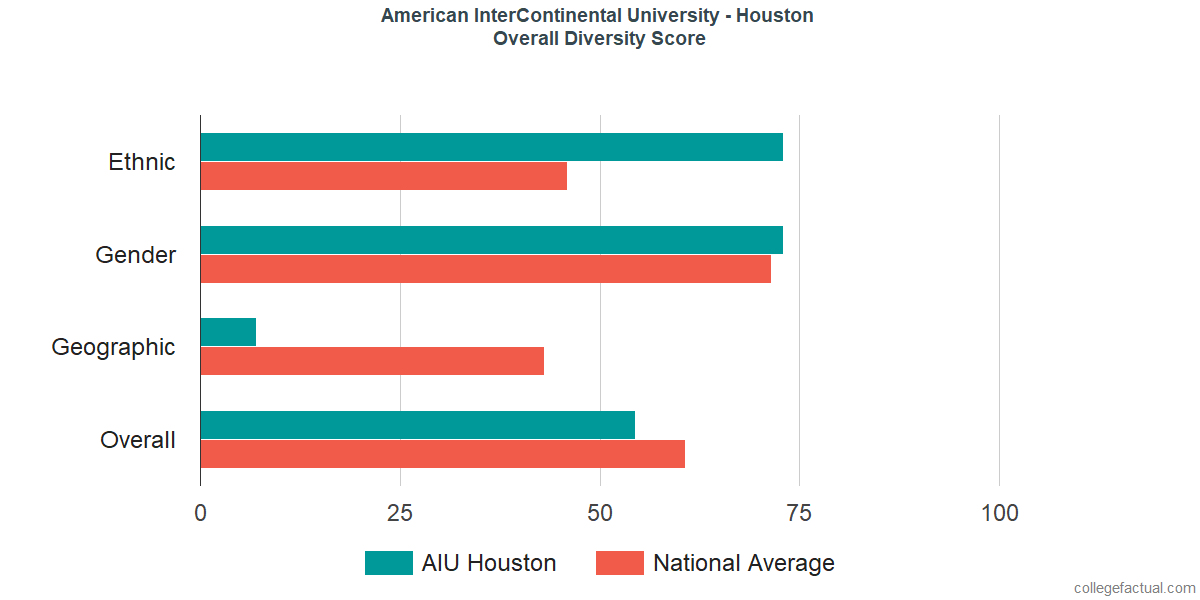 A ranking of #1,008 for ethnic diversity means American InterContinental University - Houston is above average nationally.

This chart will display the diversity of undergraduate students at AIU Houston when it is available. 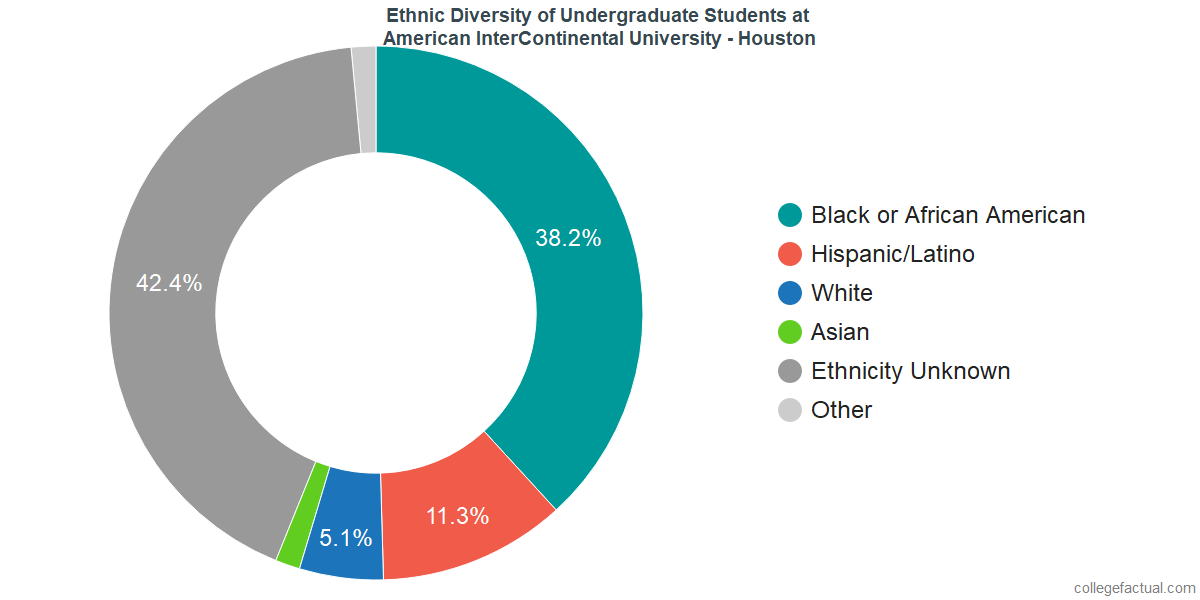 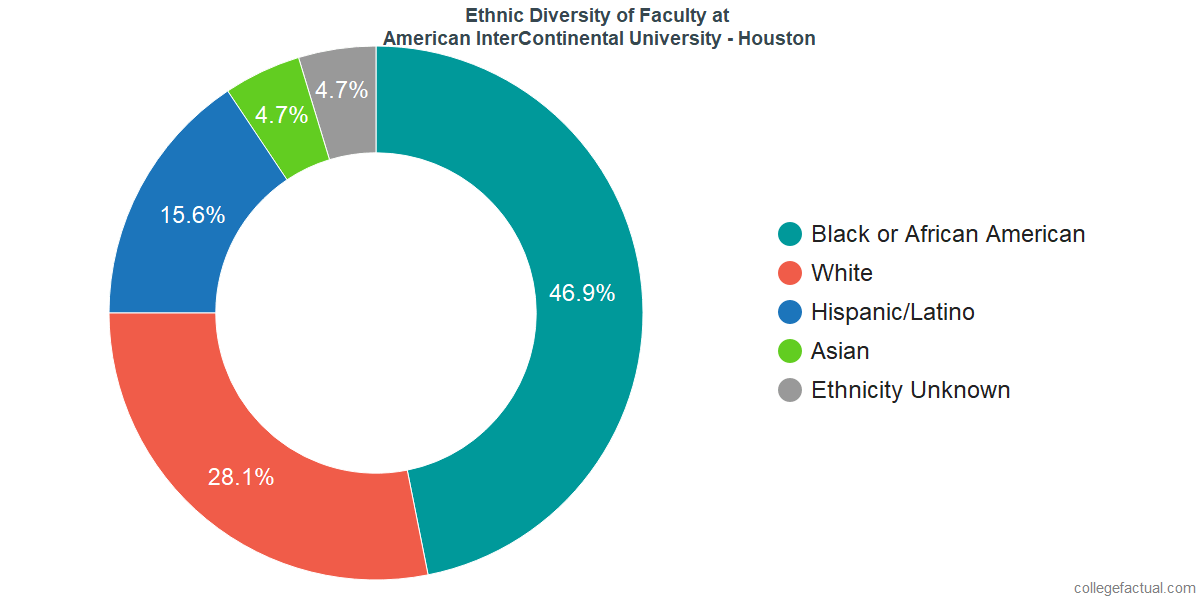 At American InterContinental University - Houston, the disparity between men and women on campus is lower than the national average. The undergraduate student body at AIU Houston is equally balanced.

This university is ranked at #687 in male to female diversity nationwide. The undergraduate population is comprised of 126 males and 159 females.

Where available, the chart below will include the male to female distribution among AIU Houston's undergraduate students.

The disparity between the counts of men and women at American InterContinental University - Houston is lower than the national average. 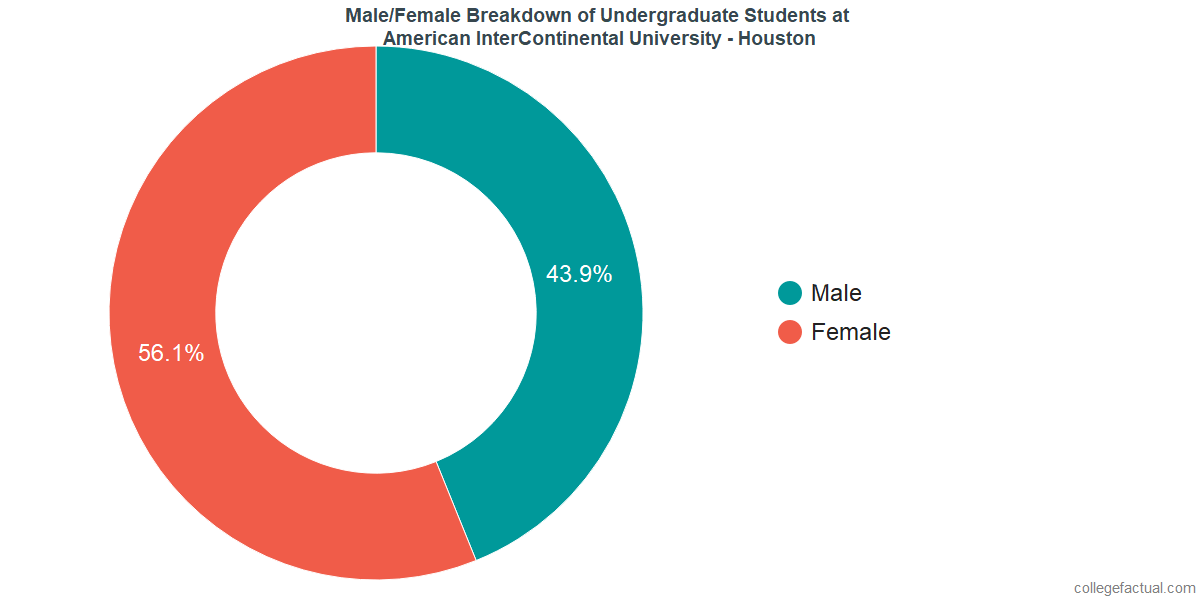 Where available, the chart below will include the male to female distribution among AIU Houston's faculty.

The ratio of male to female faculty at AIU Houston is above average. 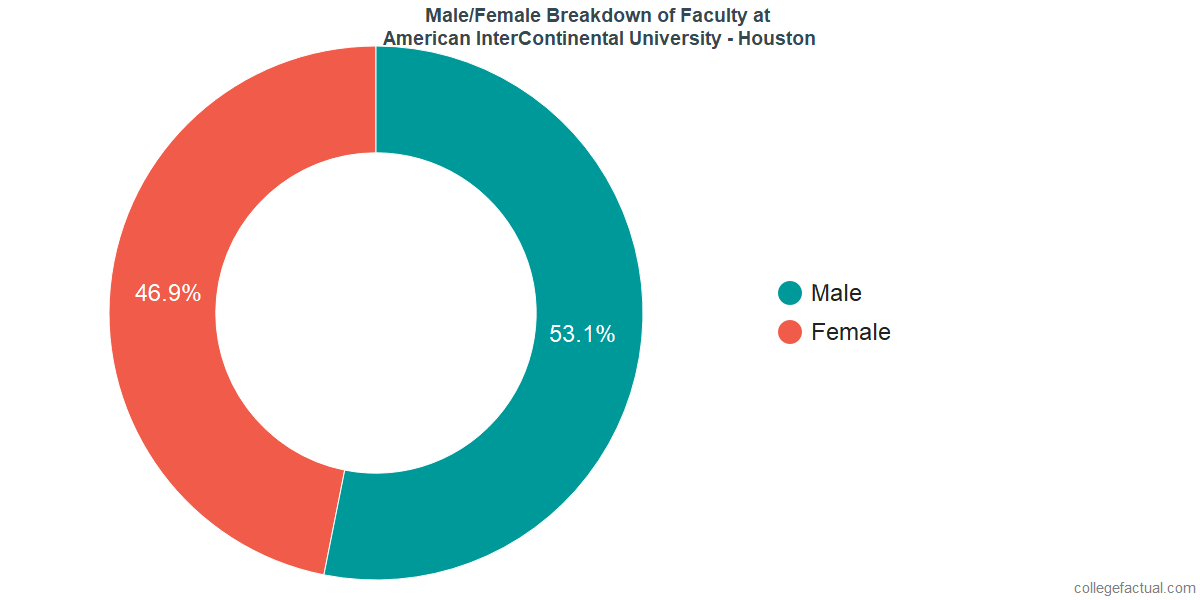 Popular School in One State

College Factual derived the geographic diversity of each school by factoring in where matriculated undergraduates resided before they attended college.

A vast majority of undergraduates attending AIU Houston come from within Texas. This places AIU Houston's level of location diversity well below the national average and gives it a national geographic diversity ranking of #2,104.

The Amount of International Students at AIU Houston

Traditionally, students range in age from 18 to 21. However, this university appears to attract a majority of older students. At American InterContinental University - Houston, 9.4% of students are in the age 18 to 21 bracket, compared to the national average of 60%. We rank AIU Houston #624 in the nation for student age diversity.

The chart below displays the age range of the student body at AIU Houston. 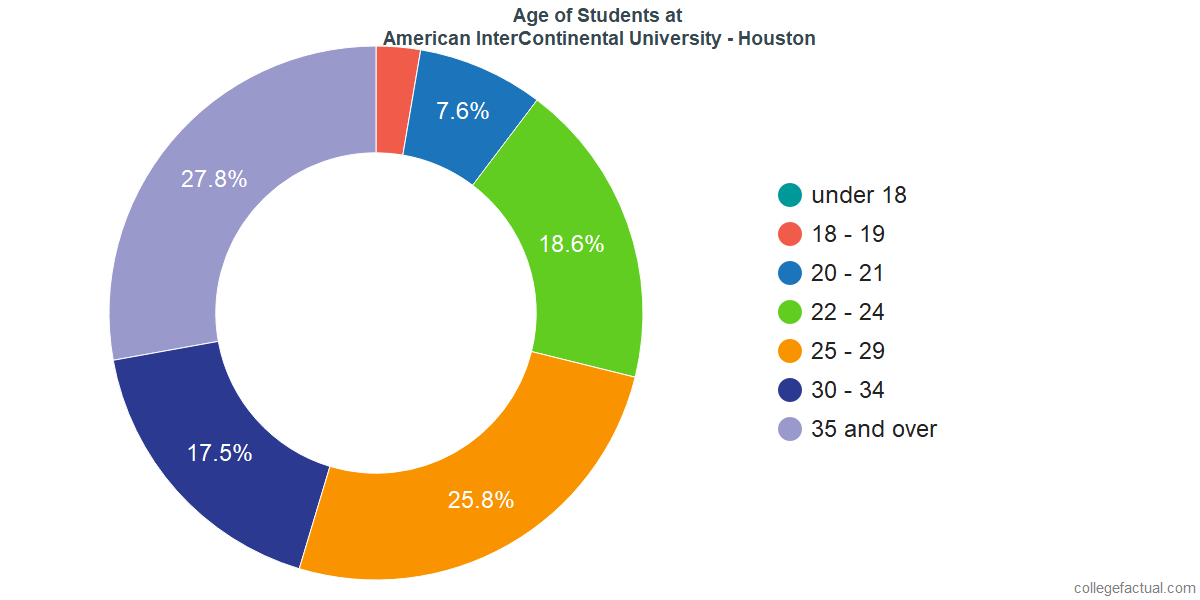 Continue Your Research on AIU Houston