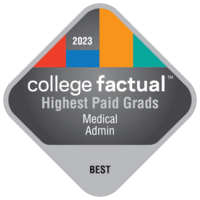 If you're interested in high pay after graduating, the Highest Paid Health & Medical Administrative Services Graduates Ranking is for you. 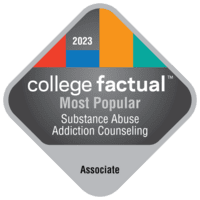 Their best ranking for most popular major is for Associate Degree Substance Abuse/Addiction Counseling students.

The Most Popular Associate Degree Colleges for Substance Abuse/Addiction Counseling Ranking is simply a ranking of majors that have the most students attending.

Their best ranking for most focused major is for Precision Production students.

The Most Focused Colleges for Precision Production Ranking is a ranking of schools with the largest percentage of schools enrolled in the major.