Learn About Diversity at Central Michigan, and how it Compares to Other Schools in the U.S.. 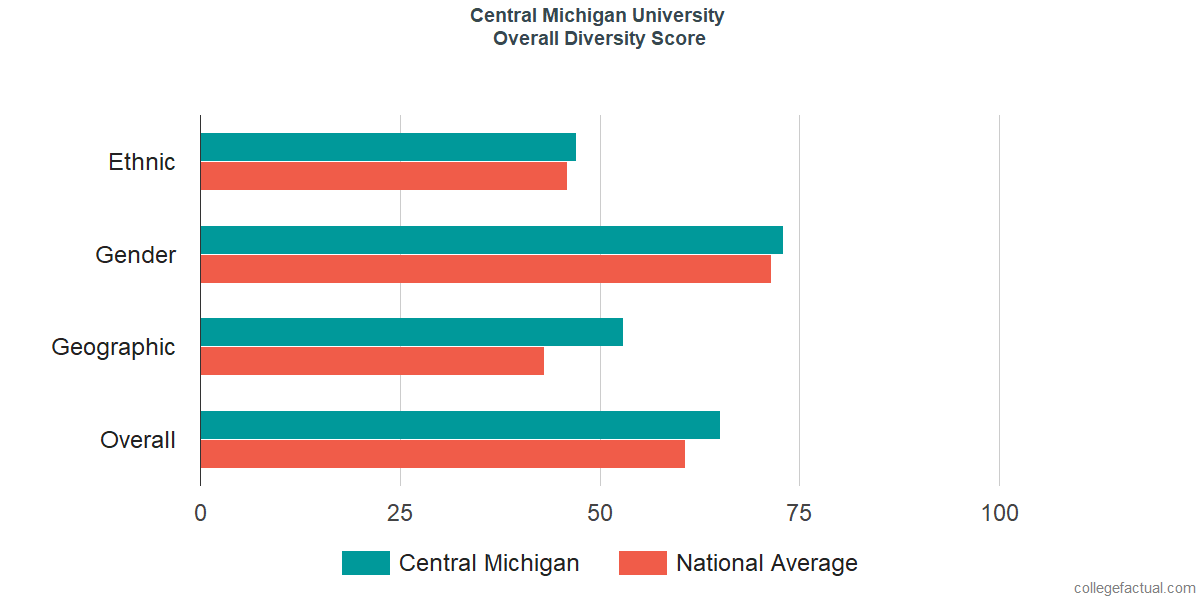 Racially diverse schools allow students to get to know and learn from others from different racial and ethnic backgrounds. It also means the school is working to fairly represent and support all students.

Central Michigan University is pretty typical when it comes to ethnic diversity, being ranked at #2,555 in the country.

This chart will display the diversity of undergraduate students at Central Michigan when it is available.

Central Michigan's representation of the races is on par with the national average. 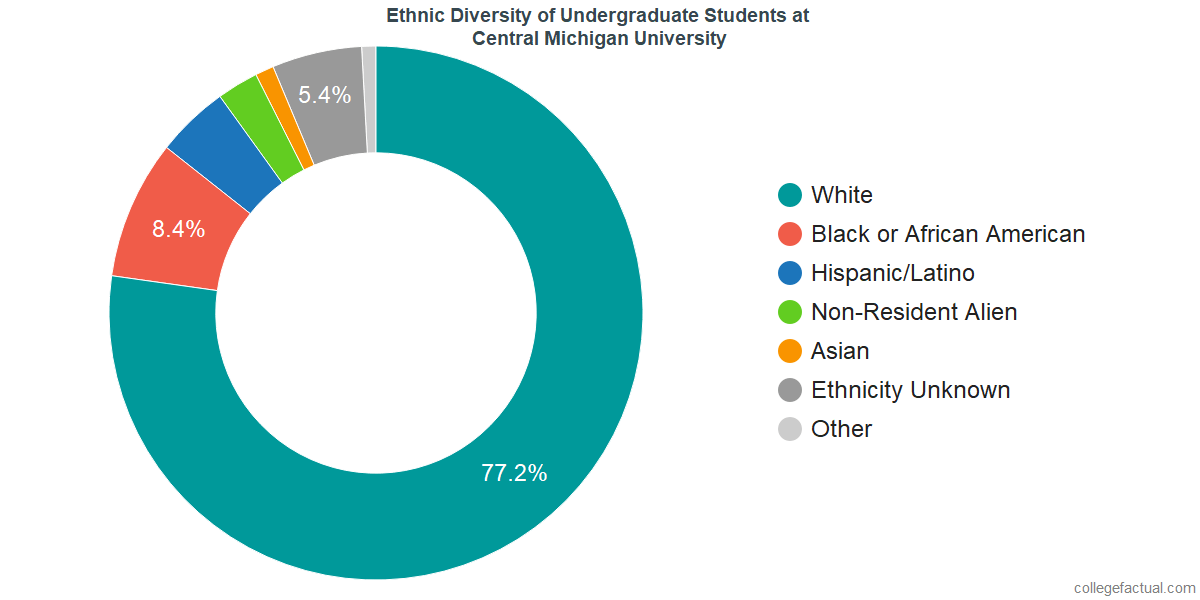 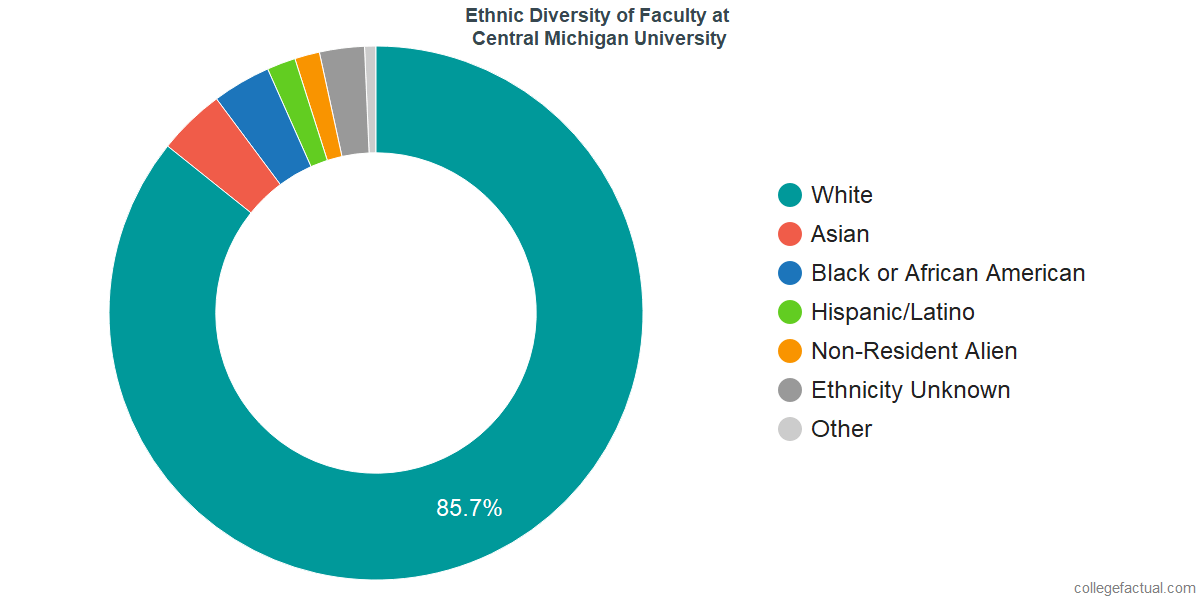 This university is ranked at #1,275 in male to female diversity nationwide. The undergraduate population is comprised of 6,941 males and 9,446 females.

Where available, the chart below will include the male to female distribution among Central Michigan's undergraduate students.

The disparity between the counts of men and women at Central Michigan University is lower than the national average. 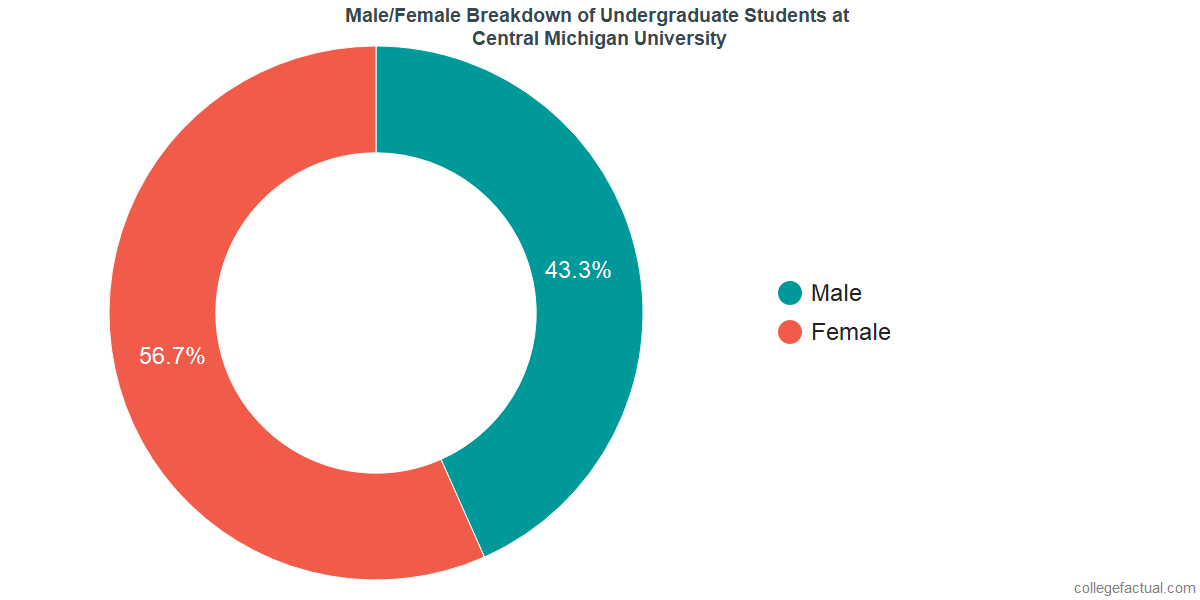 Where available, the chart below will include the male to female distribution among Central Michigan's faculty.

The ratio of male to female faculty at Central Michigan is excellent. 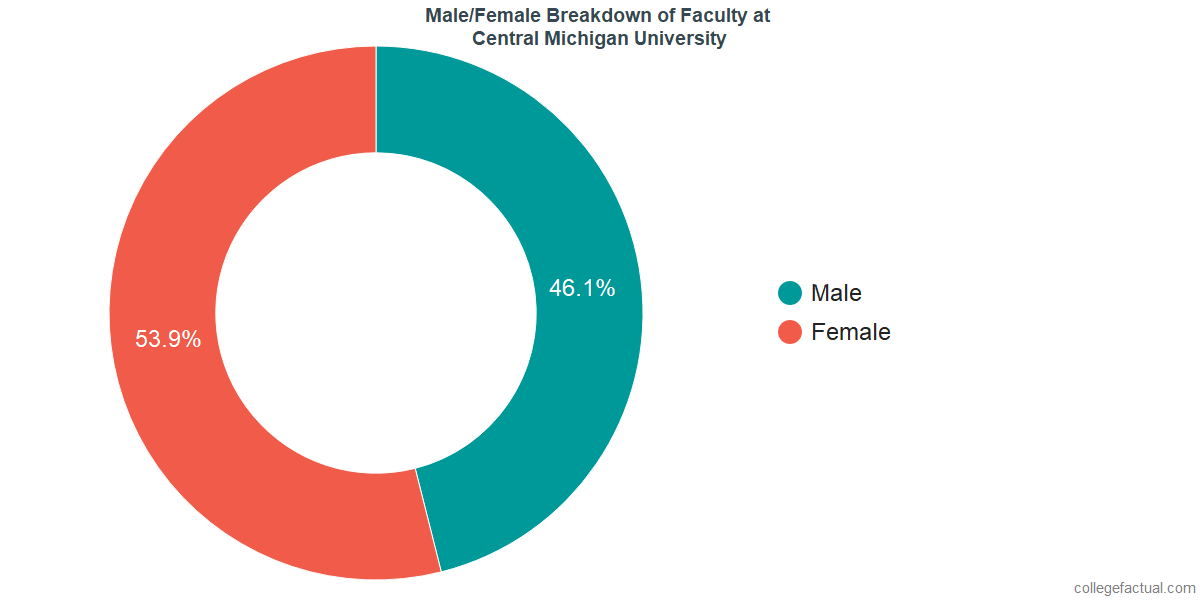 To come up with the geographic diversity for each school, we took into account where every student resided before they were admitted.

Over 90% of the students attending Central Michigan University come from within Michigan. This makes Central Michigan an average school when it comes to this factor and gives it a national geographic diversity ranking of #1,182. 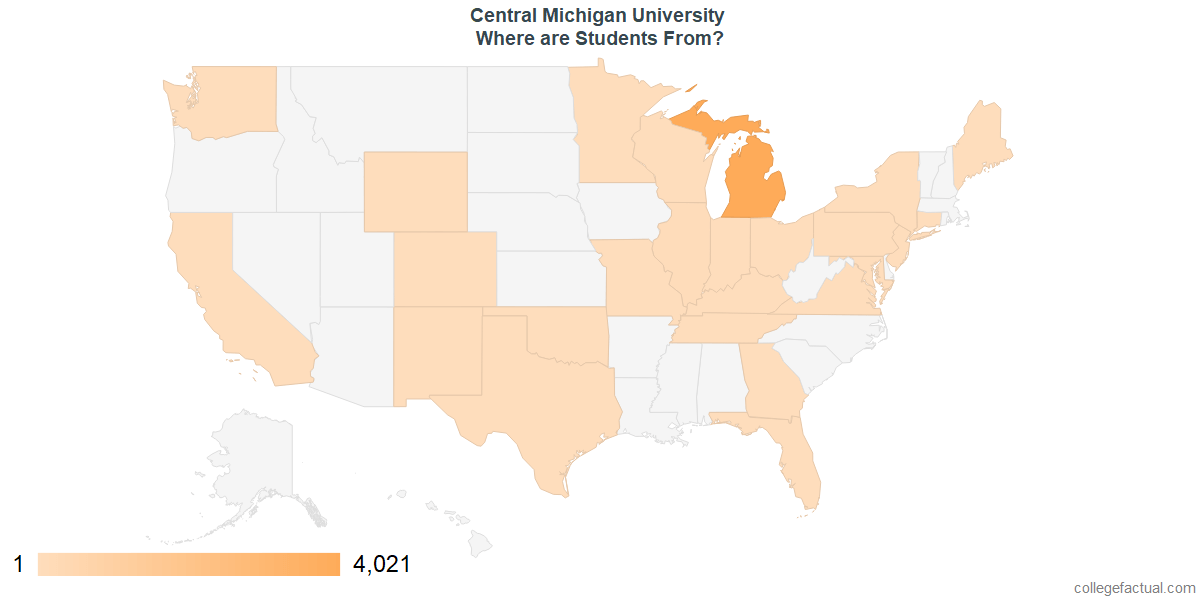 The Amount of International Students at Central Michigan

Analyze the age distribution of Central Michigan students with the following chart. 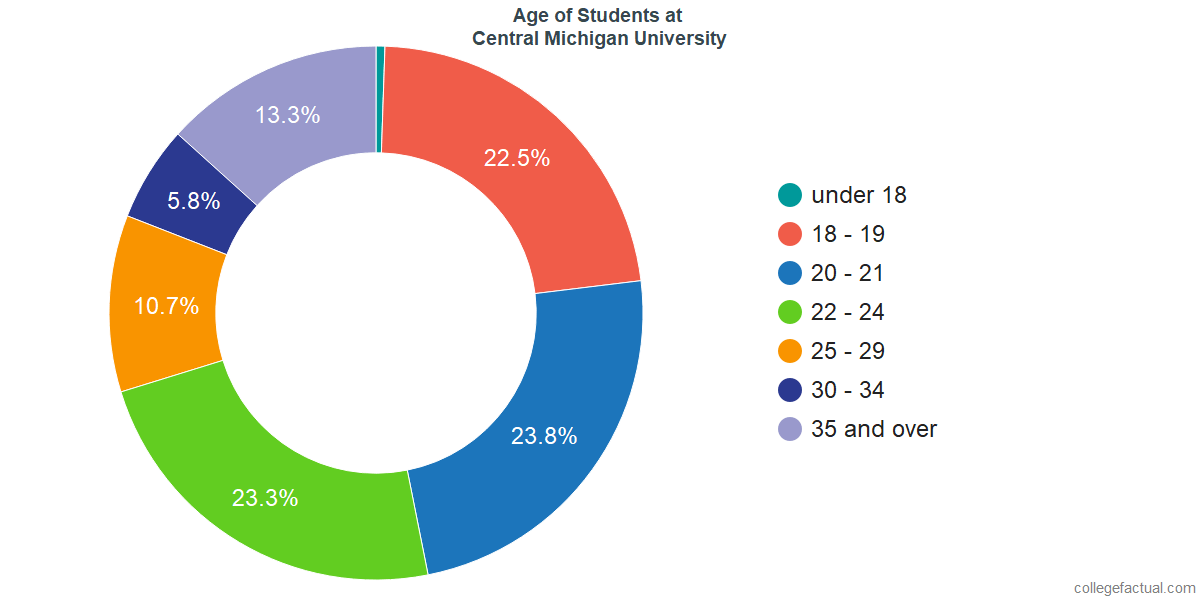 Continue Your Research on Central Michigan