On this page, we take a look at the Century College athletics program as well as each varsity sport offered at the school so student athletes can decide if the school is a good match for them.

There are 42 athletes who take part in at least one sport at the school, 26 men and 16 women.

In terms of financials, Century College collected $220,630 in revenue and paid out $217,447 in expenses. In other words, the sports department made a profit of $3,183. That’s a whole lot better than taking a loss! 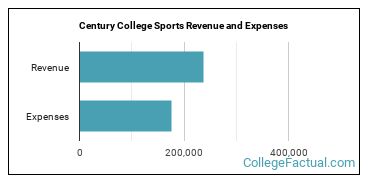 The net profit or loss can vary with each sport. For example, sports like basketball and football are often moneymakers for a school while other sports could be operating at a deficit. The chart below compares the amount of money made (or lost) for each of the men’s sports offered at Century College. 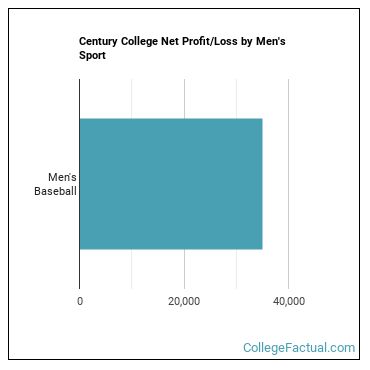 Likewise, money made for women’s athletics can vary quite a bit by sport. Here’s what the comparison looks like for women’s sports at Century College. 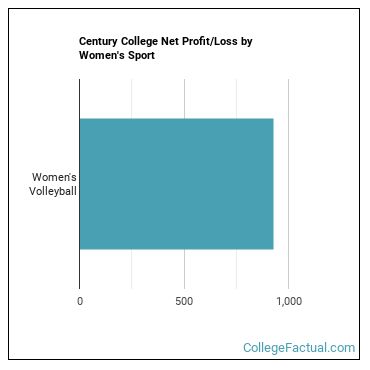 In addition to giving other data about the sports below, we try to include each sport’s ranking on our Best Schools for a Sport lists when one exists. The top spots on College Factual’s sports rankings are reserved for those schools that excel in both athletics and academics. Because, after all, there is life after college sports, and a good education will make it easier to succeed in that life.

The Century College men’s baseball team is made up of 26 players who, in turn, are trained and guided by a head coach and 3 assistant coaches.

In terms of financials, the Century College baseball program paid out $154,228 in expenses and made $155,300 in total revenue. So, the program was a moneymaker for the school, bringing in $1,072 in net profit. Mark this down as a good thing. 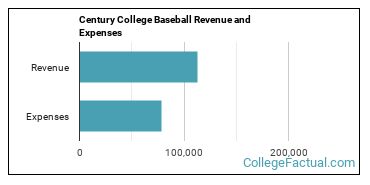 The 16-player women’s volleyball team at Century College is kept in shape by one head coach and 2 assistant coaches.

On the money side of things, the Century College women’s volleyball program brought home $24,588 in revenue and paid out $22,477 in total expenses. So, the program was a moneymaker for the school, bringing in $2,111 in net profit. Mark this down as a good thing. 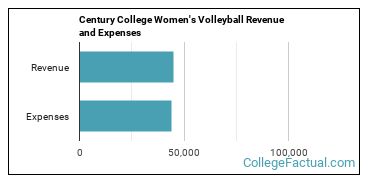