How much does it cost to go to City College - Fort Lauderdale?

Few students will pay the full advertised sticker price of City College - Fort Lauderdale. The Net Price is an estimate of how much the average student actually pays to attend college for one year.

To calculate this number we take the total cost of attendance of City College - Fort Lauderdale including tuition, fees, room, board and other expenses. Then we subtract out the average amount of aid awarded per student.

We wanted to talk about the net price for all undergraduates (not just freshmen), but that information was not available for City College - Fort Lauderdale.

Grant and scholarship aid was given to 88% of freshman students.

When subtracted from the total cost to attend City College - Fort Lauderdale and live off campus, the average annual net price for freshmen receiving aid was $24,802.

Over a period of six years, the average net price paid by all freshmen at City College - Fort Lauderdale has decreased by an average of 0.7% per year. This means that despite total costs rising at an average annual rate of 0.5% the average aid given to freshmen has increased at a faster rate. 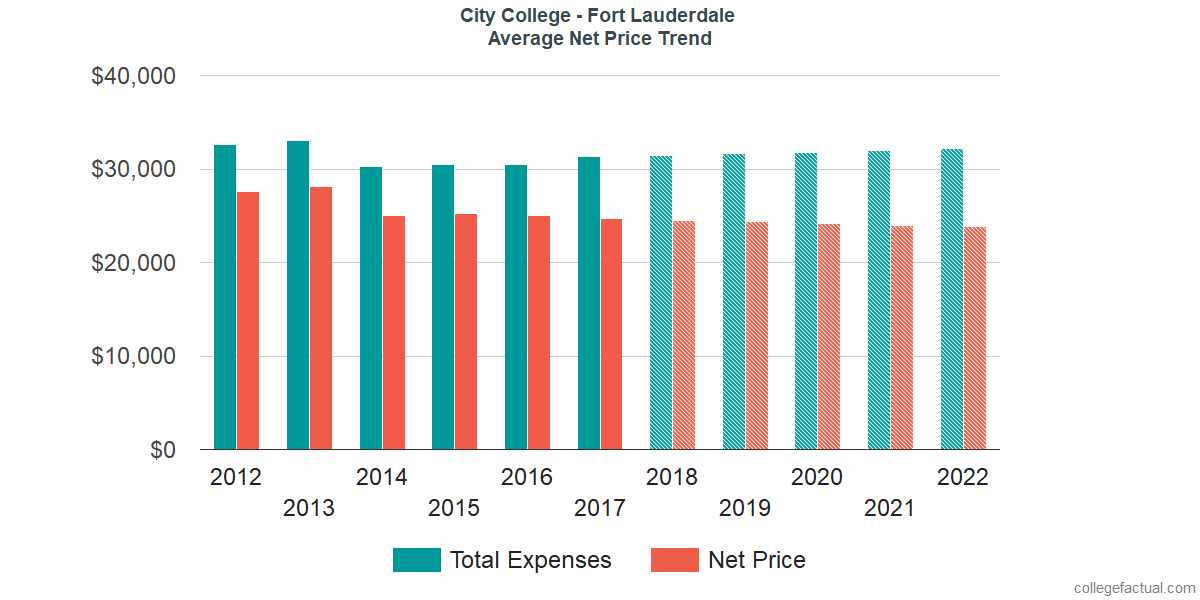 An overall average net price of $24,802 puts City College - Fort Lauderdale above the national average of $19,790. 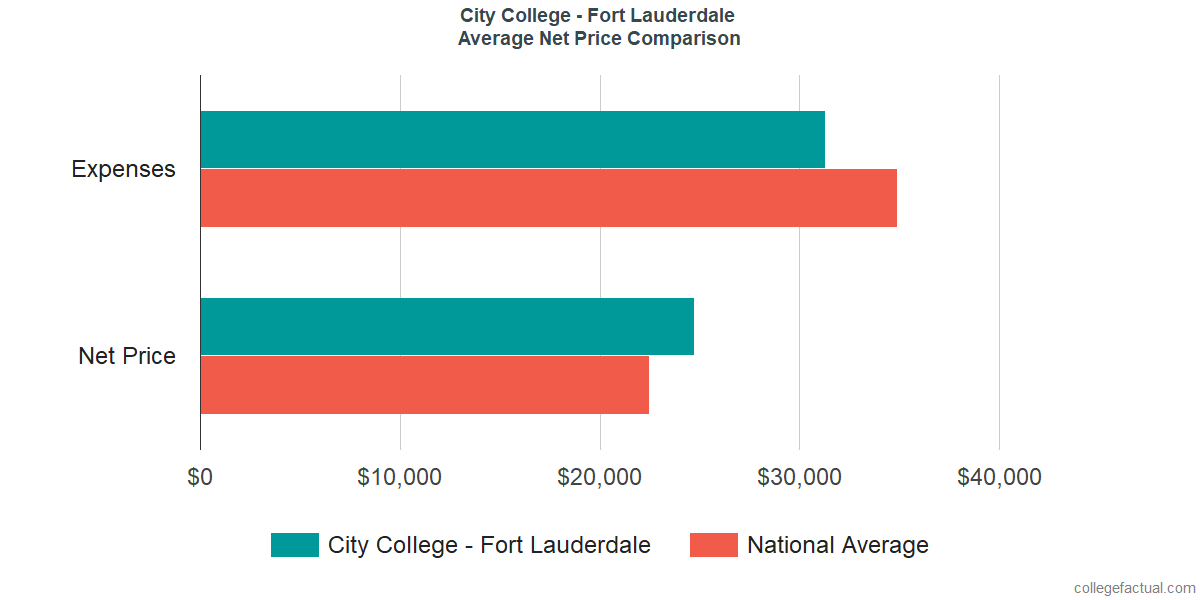