Start now by Learning About Diversity at PLNU, and how it Compares to Other Schools in the United States.

Pretty Good When it Comes to Diversity Overall

The overall diversity ranking is created by combining the individual factors of racial, geographic, age and gender diversity. 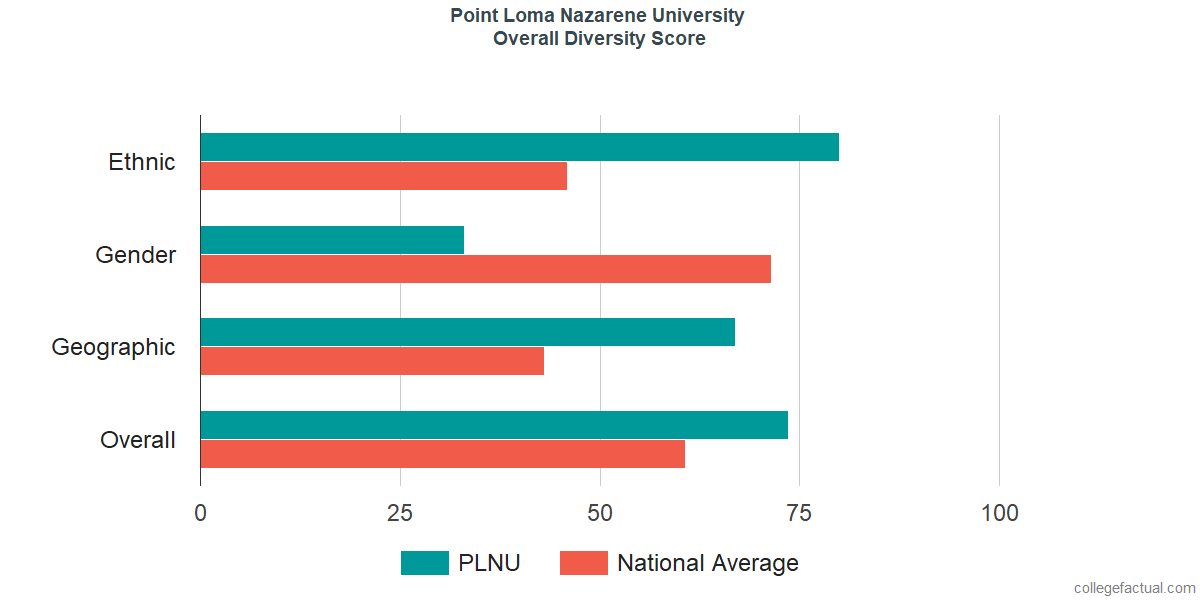 Campus is Higher Than Average in Racial Diversity

Ethnically-diverse college campuses offer students the opportunity to study and collaborate with undergraduates from racial and ethnic groups that are unique from their own.

Point Loma Nazarene University is ranked #466 in ethnic diversity nationwide with a student body composition that is above the national average.

This chart will display the diversity of undergraduate students at PLNU if it is available. 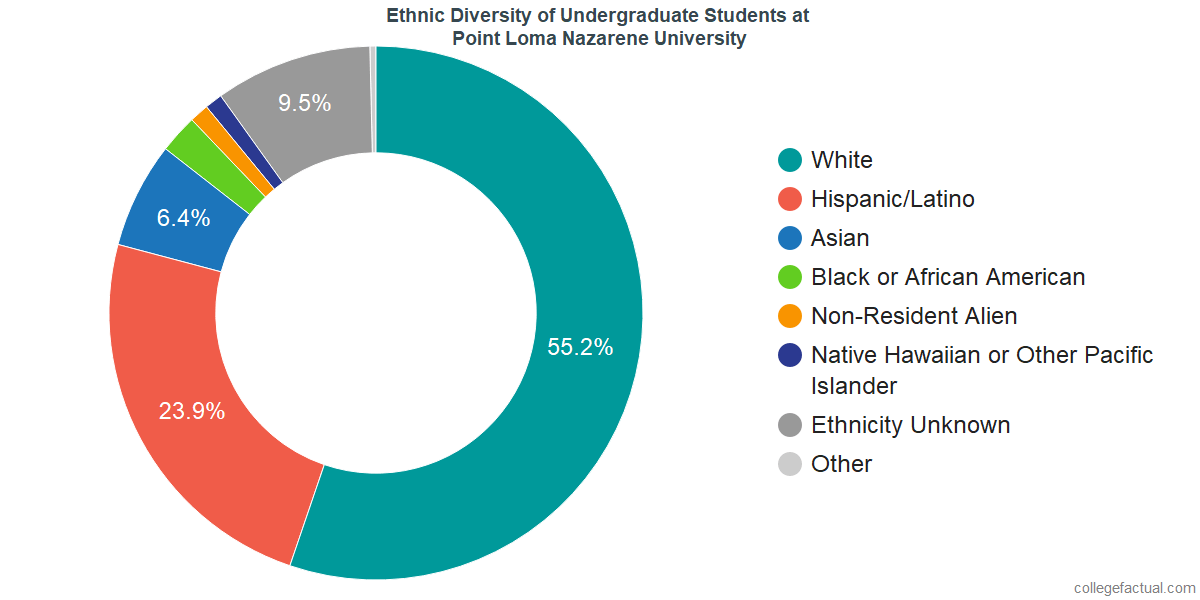 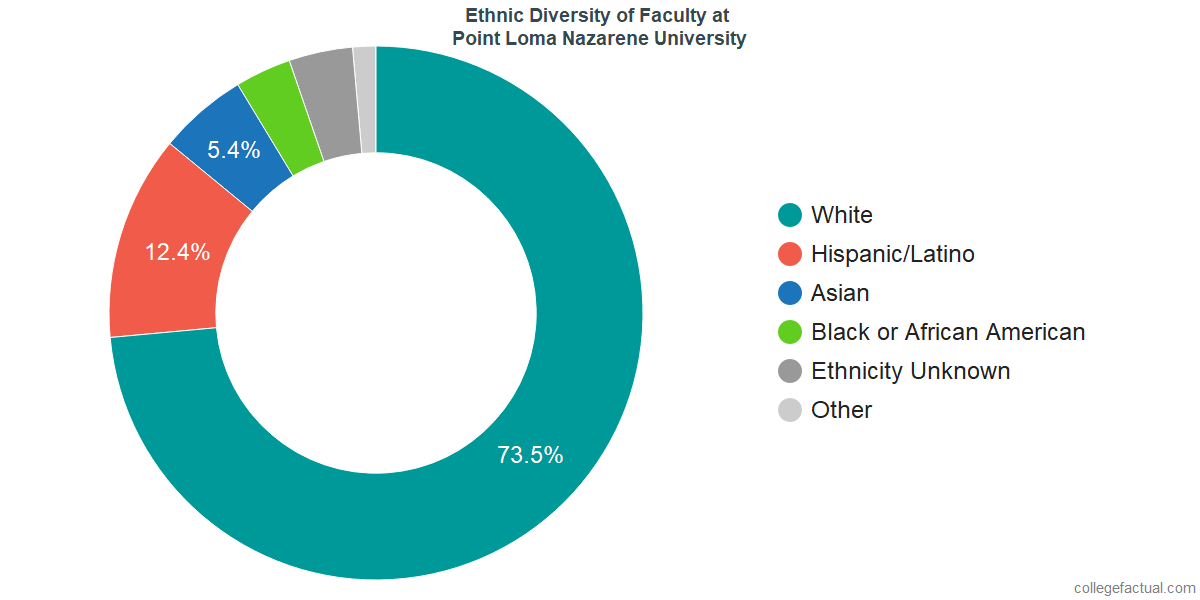 If you're seeking a college with an equal amount of male and female students, this is not the choice for you.

At Point Loma Nazarene University, the disparity between men and women on campus is higher than the national average. The undergraduate student body at PLNU is mostly female.

This university is ranked at #1,580 in male to female diversity nationwide. The undergraduate population is comprised of 1,078 males and 2,022 females.

Where available, the chart below includes the male to female ratio among PLNU's undergraduate students.

The disparity between the counts of men and women at Point Loma Nazarene University is higher than the national average. 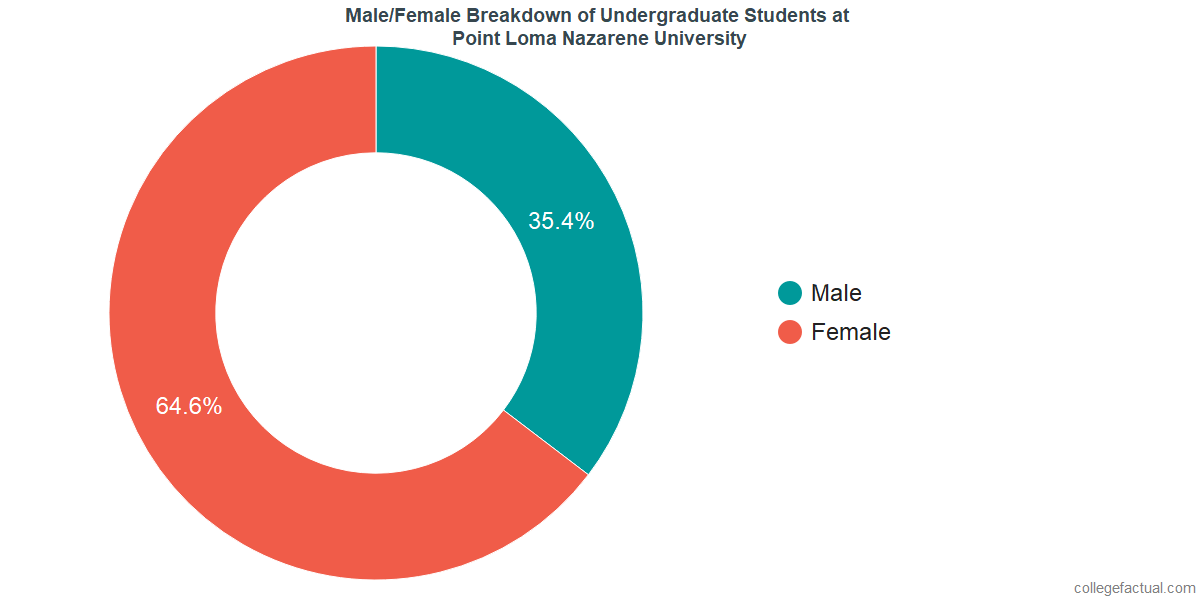 Where available, the chart below includes the male to female ratio among PLNU's faculty.

The ratio of male to female faculty at PLNU is above average. 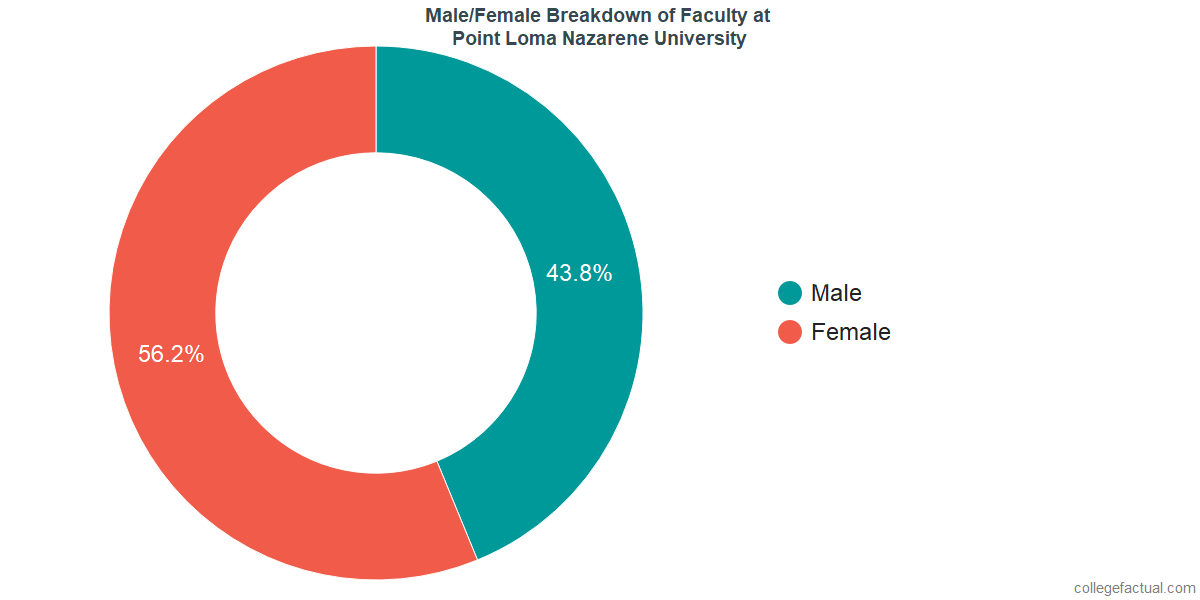 We examined where each of the school's admitted students lived before attending to come up with the geographic diversity rating.

About 76.1% of the students attending Point Loma Nazarene University come from within California. PLNU's rating of #585 puts it above the national average. 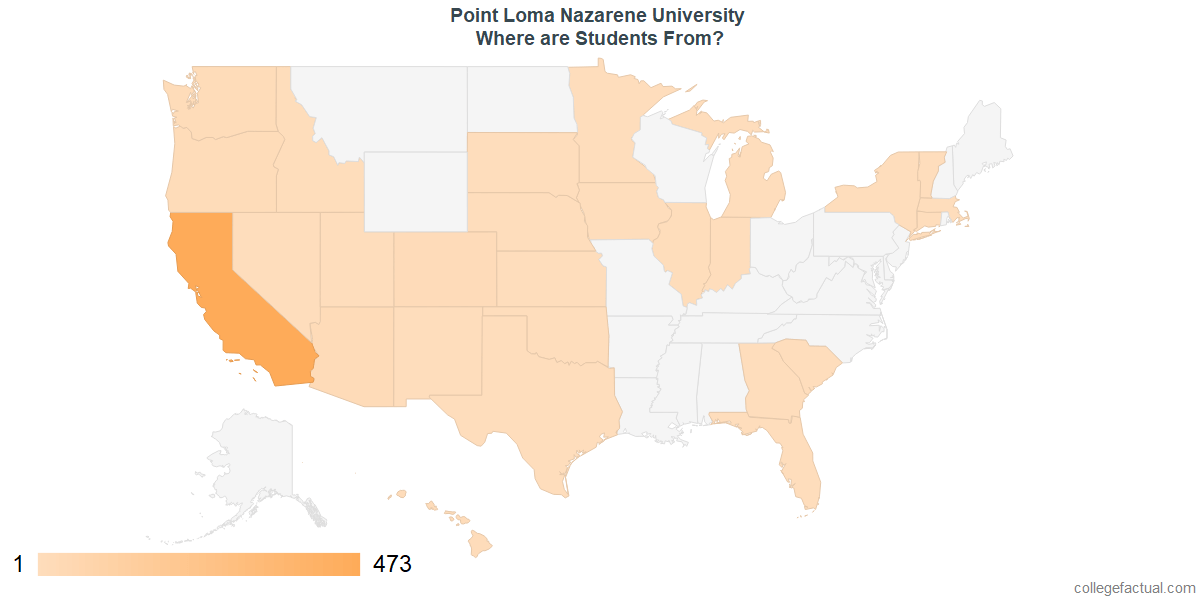 The Amount of International Students at PLNU

There is a relatively small community of about 55 international students at Point Loma Nazarene University representing 21 countries. To see more, check out the PLNU International Student Page.

Would you prefer a school where the student body represents a blend of different ages and generations, or would you opt for a school where most students are the same age as you?

Traditionally, students range in age from 18 to 21. At Point Loma Nazarene University, 50.1% of students are in the age 18 to 21 bracket, compared to the national average of 60%. We rank PLNU #786 in the nation for student age diversity.

The chart below displays the age range of the student body at PLNU. 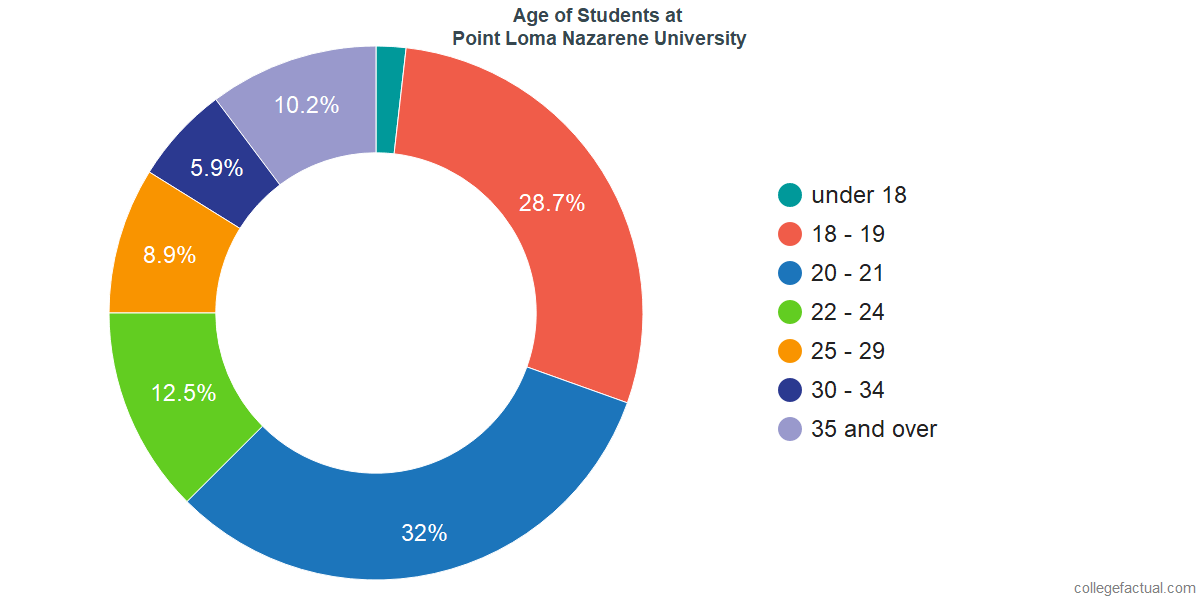 Continue Your Research on PLNU