Saint Edward's University is Affiliated With the Roman Catholic Faith.

St. Edward's University for the Military

St. Edward's University offers on-campus housing, but freshmen are not required to take advantage of it. In the end though, most do choose to live in the dorms. 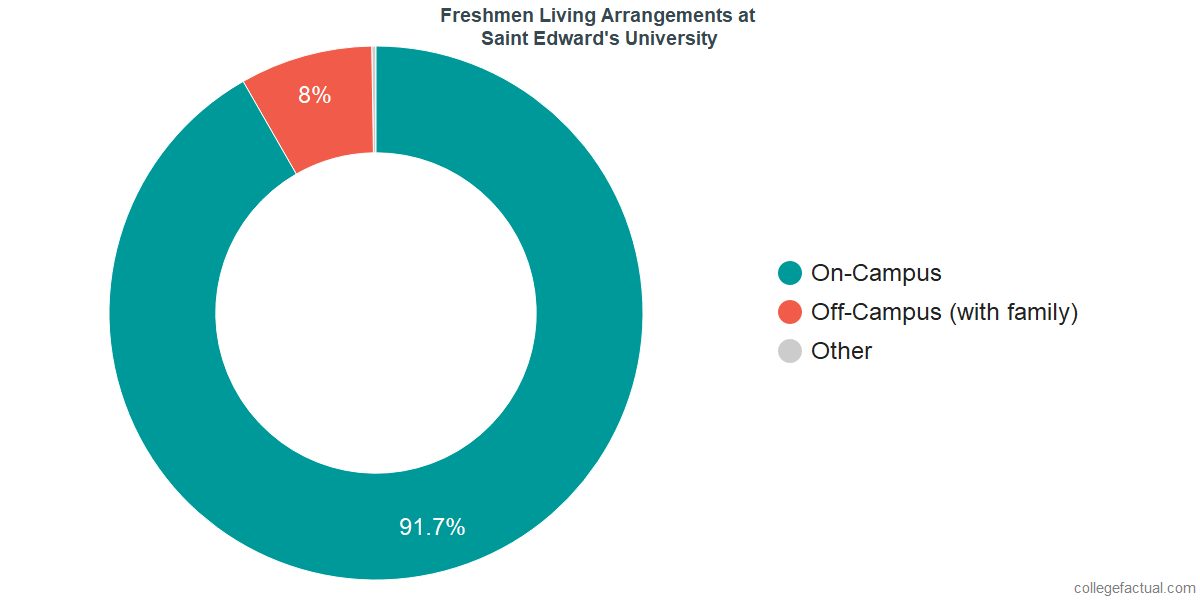 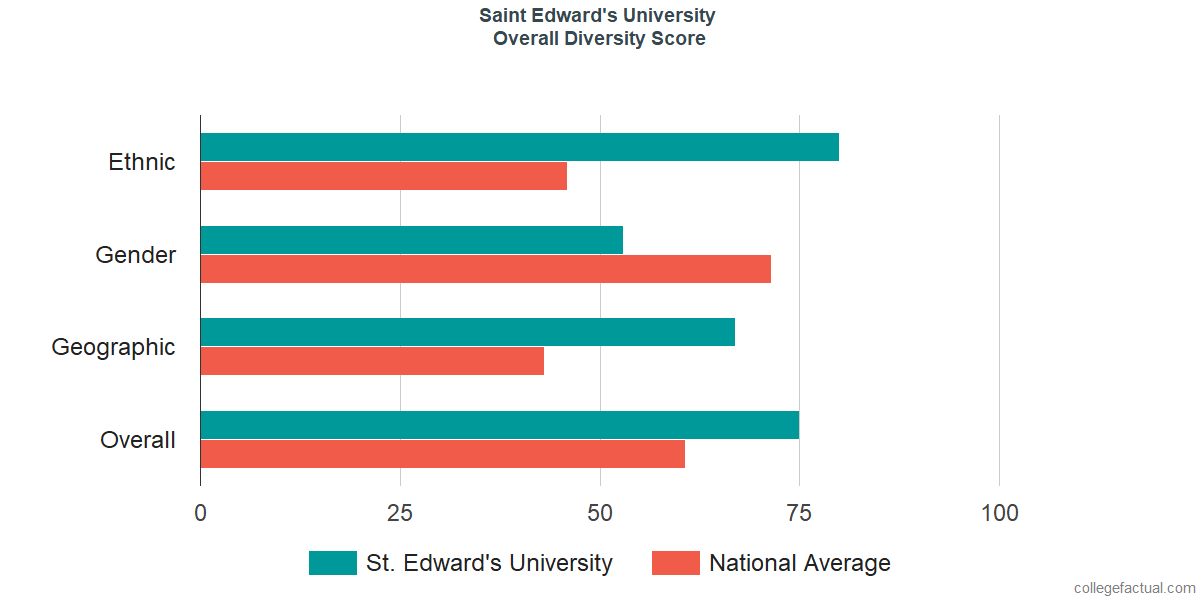 St. Edward's University has a total of 191 student athletes, 96 men and 95 women who compete in inter-collegiate athletics.

For more information about athletics including per-team sizes, coaching and scholarships check out our Guide to Saint Edward's University Athletics