Get Some Knowledge on Diversity at Mizzou, Including how This School Compares to Others in the U.S..

Ranked #523 nationwide, University of Missouri - Columbia is above average in overall diversity. 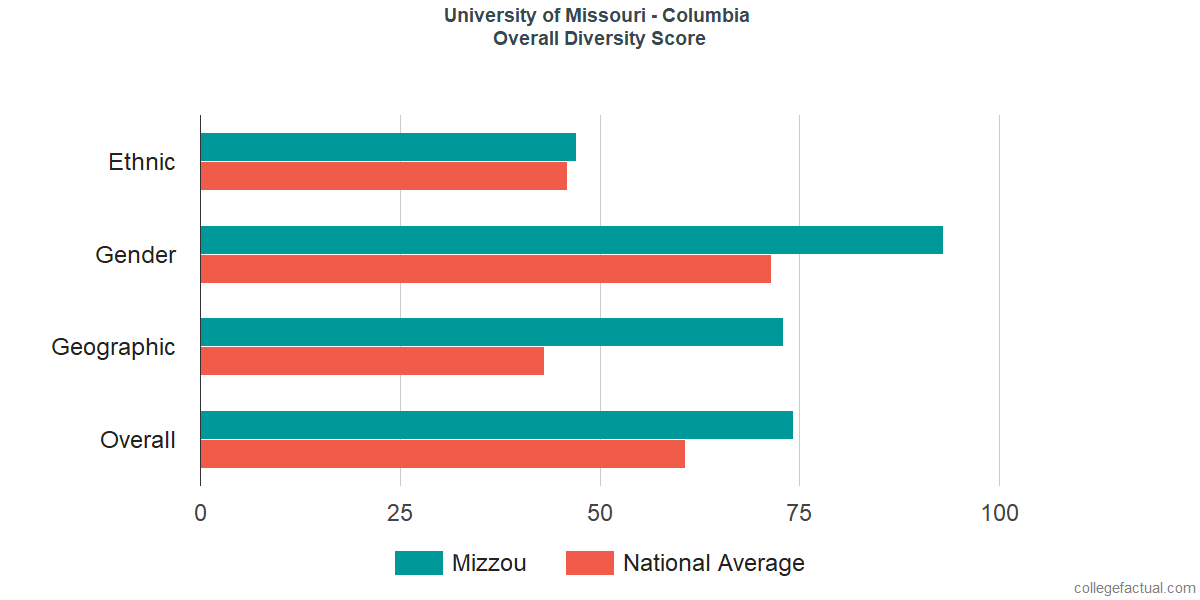 Racially diverse colleges allow students to get to know and learn with others from different racial and ethnic backgrounds. It also means the school is working to fairly represent and support all students.

University of Missouri - Columbia is pretty typical when it comes to ethnic diversity, being ranked at #1,694 in the country.

When available, the chart below will display racial diversity among the undergraduate students at Mizzou.

Mizzou's representation of the races is on par with the national average. 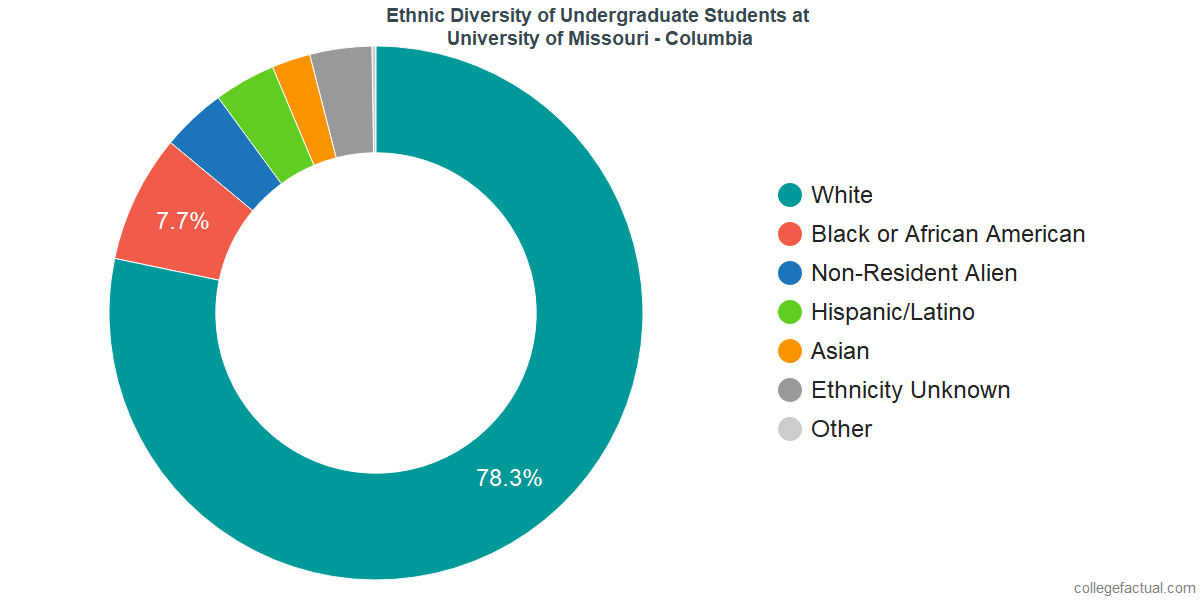 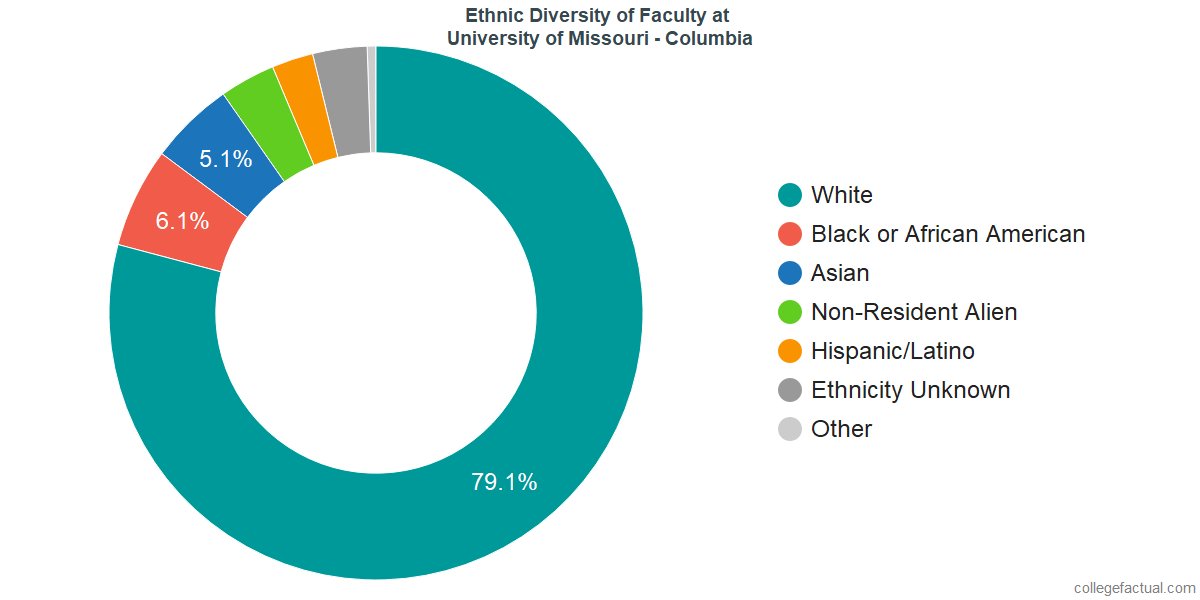 At University of Missouri - Columbia, the disparity between men and women on campus is far lower than the national average. The undergraduate student body at Mizzou is equally balanced.

This university is ranked at #219 in male to female diversity nationwide. The undergraduate population is comprised of 11,442 males and 12,357 females.

Where available, the chart below will include the male to female ratio among Mizzou's undergraduate students.

The male to female ratio at Mizzou is excellent. 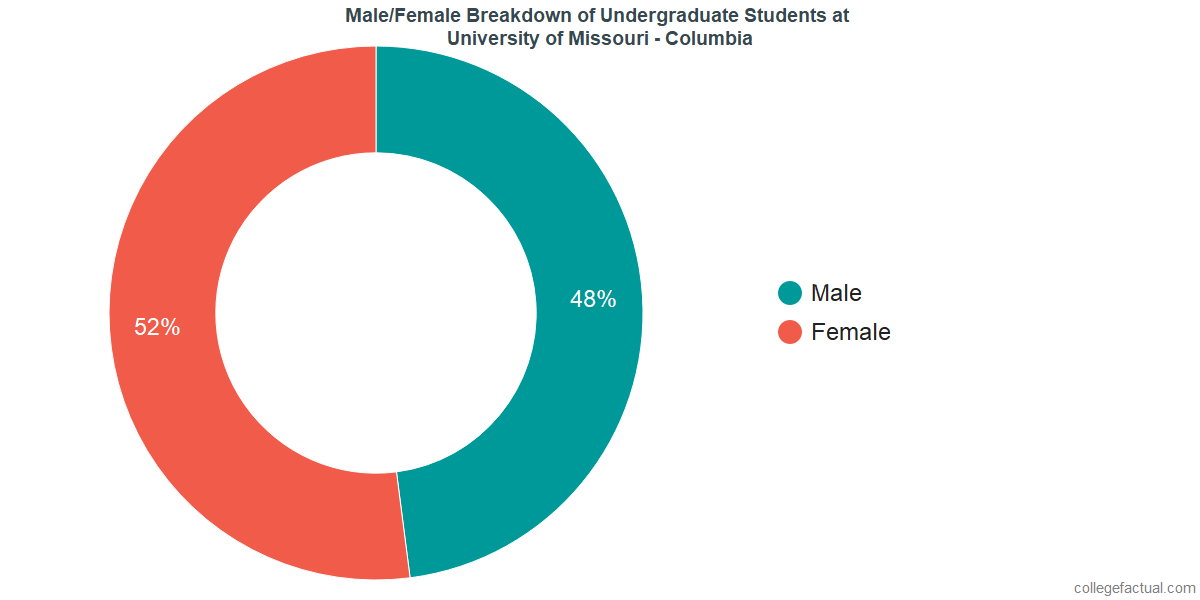 Where available, the chart below will include the male to female ratio among Mizzou's faculty.

The ratio of male to female faculty at Mizzou is excellent. 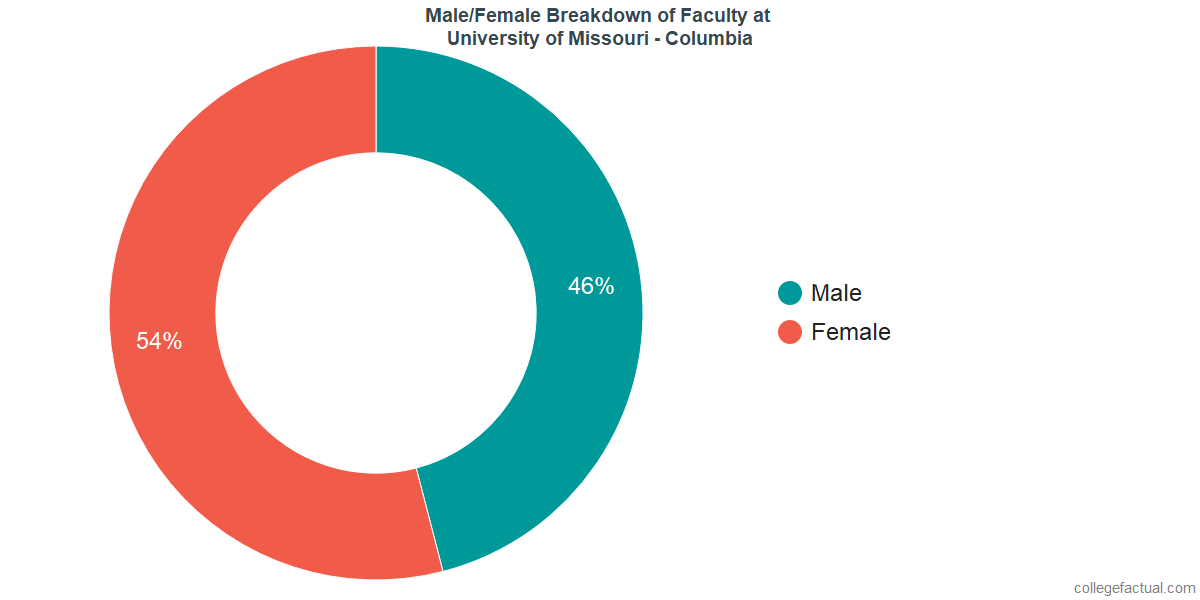 We examined where each of the school's admitted students lived before attending to create the geographic diversity ranking.

About 67.5% of the students attending University of Missouri - Columbia come from within Missouri. Mizzou's rating of #521 puts it above the national average.

The undergraduate student body is split among 40 states (may include Washington D.C.), as shown in the chart below. 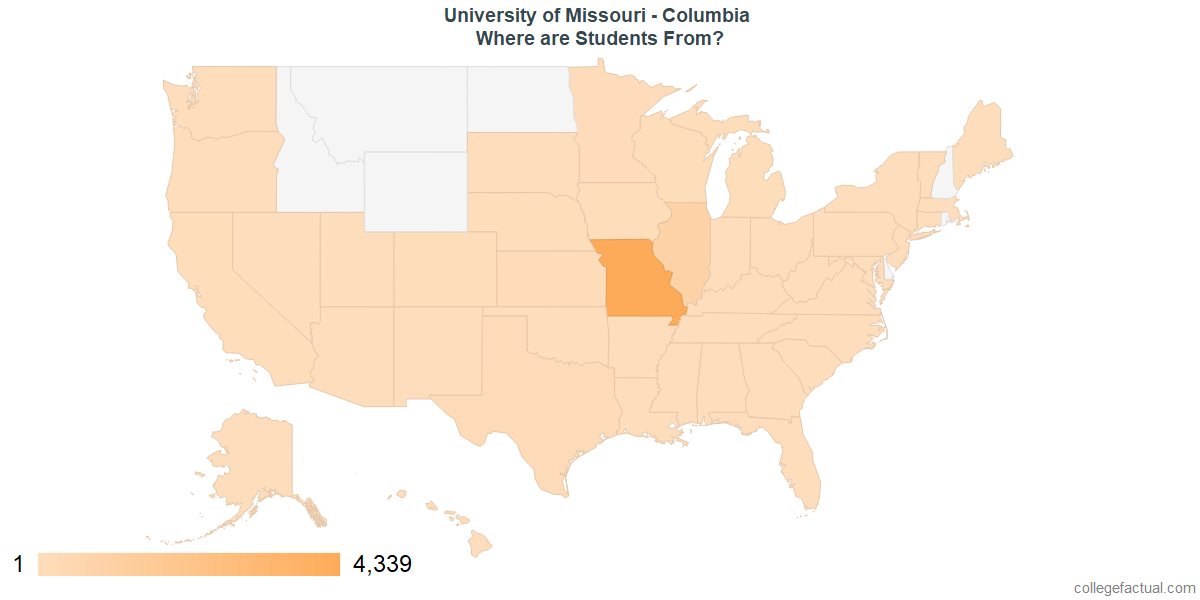 The Amount of International Students at Mizzou

There is a medium sized community of about 2,063 international students at University of Missouri - Columbia representing at least 49 countries. Go to the Mizzou International Student Page for more information.

Traditionally, students range in age from 18 to 21. At University of Missouri - Columbia, 62.0% of students are in the age 18 to 21 bracket, compared to the national average of 60%. We rank Mizzou #1,844 in the nation for student age diversity.

Take a Look at Age Diversity at Mizzou

The chart below displays the age range of the student body at Mizzou. 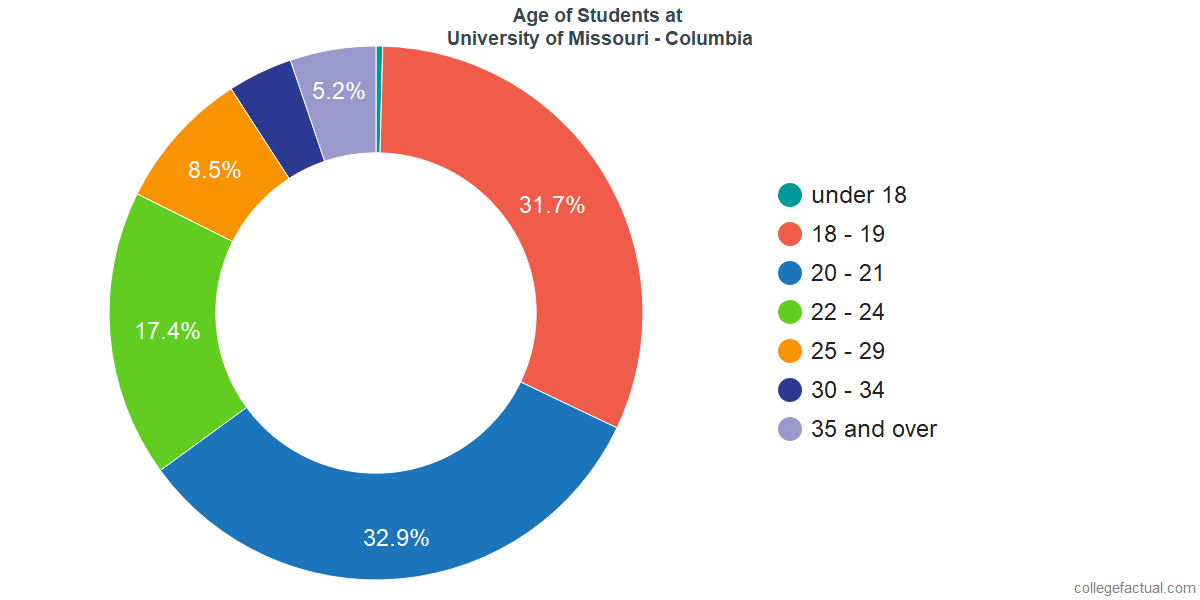 Continue Your Research on Mizzou