64 awards Ranking Badges
Fair Price Value for Your Money
High Overall Diversity
Want the scoop on University of Rhode Island? We've put together a comprehensive report on the school that covers what majors URI offers, how the school ranks, how diverse it is, and much more. Want to dig deeper into a particular stat? Just click on its tile and you'll be taked to a more in-depth page on the figure. In addition, you can use the links below to quickly jump to any section on this page.

How Well Is University of Rhode Island Ranked?

University of Rhode Island was awarded 64 badges in the 2021 rankings. The highest ranked major at the school is health professions.

College Factual ranked URI as #416 out of 1,715 colleges and universities in the country on its 2021 Best Colleges list.

Out of the 9 colleges in Rhode Island, URI is ranked at #7.

See all of the rankings for University of Rhode Island.

Is It Hard to Get Into URI?

The acceptance rate at University of Rhode Island is 70%. That's higher than the rate at many schools, but still low enough to be considered somewhat selective. If you want to get in, you'll need good grades and to be able to show that URI is a good fit for you.

About 87% of students accepted to URI submitted their SAT scores. When looking at the 25th through the 75th percentile, SAT Evidence-Based Reading and Writing scores ranged between 530 and 620. Math scores were between 520 and 610.

Is URI a Good Match for You?

The student to faculty ratio is often used to estimate how much interaction there is between professors and their students at a college or university. At University of Rhode Island, this ratio is 17 to 1, which is on par with the national average of 15 to 1. That's not bad at all.

The full-time faculty percentage at University of Rhode Island is 67%. This is higher than the national average of 47%.

Retention and Graduation Rates at University of Rhode Island

University of Rhode Island has a freshmen retention rate of 85%. That's a good sign that full-time students like the school and their professors enough to want to stick around for another year. It's also a sign that the admissions team did a good job in choosing applicants who were a good fit for the school.

The on-time graduation rate for someone pursuing a bachelor's degree is typically four years. This rate at URI for first-time, full-time students is 44%, which is better than the national average of 33.3%.

Find out more about the retention and graduation rates at University of Rhode Island.

The overall diversity score for URI is 81.61 out of 100, meaning that is is more diverse than most schools in the country.

Get more detailed information on diversity and student demographics at University of Rhode Island.

How Much Does University of Rhode Island Cost?

$20,334 Net Price
83% Take Out Loans
$26,424 Total Student Loans
The overall average net price of URI is $20,334. The affordability of the school largely depends on your financial need since net price varies by income group. See the table below for the net price for different income groups.

The net price is calculated by adding tuition, room, board and other costs and subtracting financial aid.Note that the net price is typically less than the published for a school. For more information on the sticker price of URI, see our tuition and fees and room and board pages.

It's not uncommon for college students to take out loans to pay for school. In fact, almost 66% of students nationwide depend at least partially on loans. At URI, approximately 83% of students took out student loans averaging $6,606 a year. That adds up to $26,424 over four years for those students.

Get more details about paying for University of Rhode Island.

How Much Money Do URI Graduates Make?

$52,900 Avg Salary of Grads
High Earnings Boost
Although some majors pay more than others, students who graduate from URI with a bachelor's degree go on to jobs where they make an average salary of $52,900 in their early years. That's great news for URI students since it is 33% more than the average college graduate's salary of $39,802 per year. 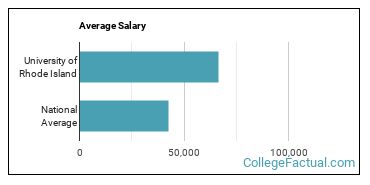 See which majors at University of Rhode Island make the most money.

Location of University of Rhode Island

Rhode Island State
12,485 Full-Time Undergraduates
Suburb Campus Setting
Located in Kingston, Rhode Island, University of Rhode Island is a public institution. The suburban atmosphere of Kingston makes it a great place for students who want the amenities of city life without actually living in the middle of a constant hustle and bustle.

Get more details about the location of University of Rhode Island. 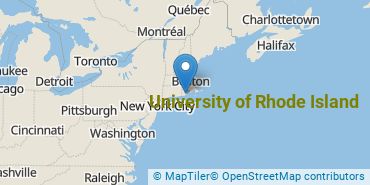 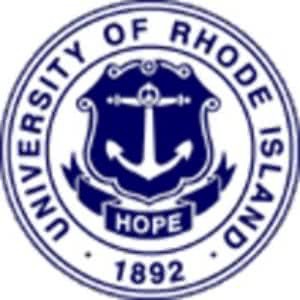 86 Majors With Completions
3,624 Undergraduate Degrees
852 Graduate Degrees
During the most recent year for which we have data, students from 86 majors graduated from University of Rhode Island. Of these students, 3,624 received undergraduate degrees and 852 graduated with a master's or doctor's degree. The following table lists the most popular undergraduate majors along with the average salary graduates from those majors make.

Learn more about the majors offered at University of Rhode Island along with which ones have the highest average starting salaries.

In 2017-2018, 3,779 students took at least one online class at University of Rhode Island. This is an increase from the 3,752 students who took online classes the previous year.

Learn more about online learning at University of Rhode Island.

Find Out More About University of Rhode Island

If you’re considering University of Rhode Island, here are some more schools you may be interested in knowing more about.

Curious on how these schools stack up against URI? Pit them head to head with College Combat, our free interactive tool that lets you compare college on the features that matter most to you!