Below Average Overall Diversity
Below Average Racial-Ethnic Diversity
Below Average Male/Female Diversity
What does the ACOM student population look like? College Factual wanted to know the facts so we crunched the numbers. We analyzed racial diversity, gender ratios, age and geographic origins of college campuses accross the country. The results of the Alabama College of Osteopathic Medicine 2021 diversity report are below.

How Many Students Attend Alabama College of Osteopathic Medicine? 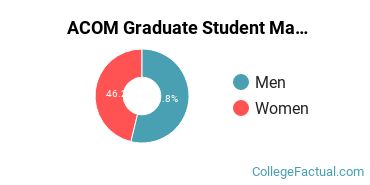 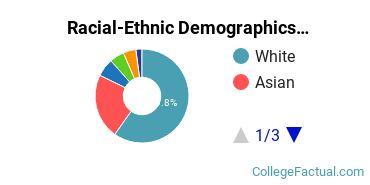 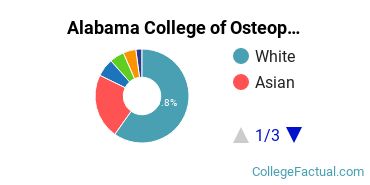 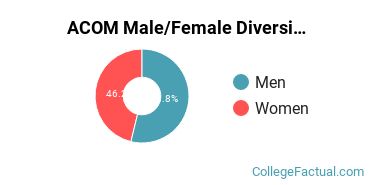 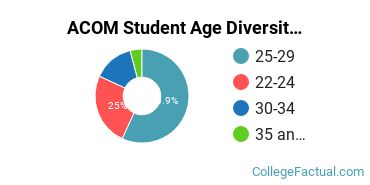