On this page, we take a look at the Alice Lloyd College athletics program as well as each varsity sport offered at the school so student athletes can decide if the school is a good match for them.

There are 176 athletes who take part in at least one sport at the school, 100 men and 76 women. Sports-related tudent aid is available at Alice Lloyd and the average award is around $1,309 per athlete. On average, the school gave males around $1,640 of sports aid and women received about $873. 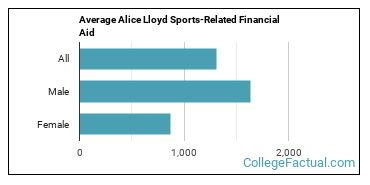 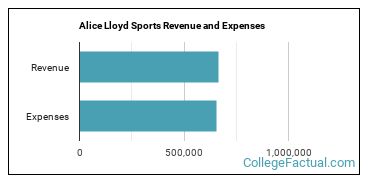 The net profit or loss can vary with each sport. For example, sports like basketball and football are often moneymakers for a school while other sports could be operating at a deficit. The chart below compares the amount of money made (or lost) for each of the men’s sports offered at Alice Lloyd. 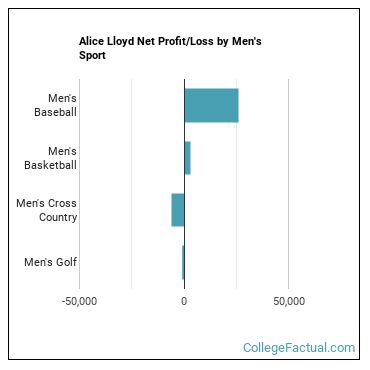 Likewise, money made for women’s athletics can vary quite a bit by sport. Here’s what the comparison looks like for women’s sports at Alice Lloyd. 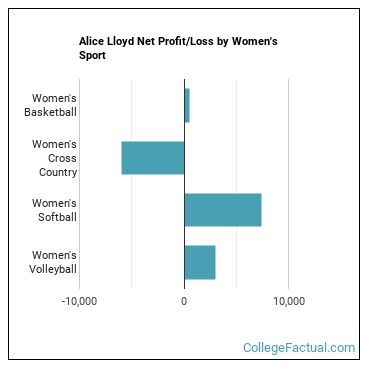 Below we give a summary of the data we have for each sport at Alice Lloyd, including rankings when the school made it to one of our Best Schools for a Sport lists. The top spots on College Factual’s sports rankings are reserved for those schools that excel in both athletics and academics. This ensures that while you’re participating in sports programs at the school, you’ll also be getting a solid education.

The Alice Lloyd men’s baseball team is made up of 48 players who, in turn, are trained and guided by a head coach and an assistant coach.

On the money side of things, the Alice Lloyd baseball program brought home $170,464 in revenue and paid out $144,227 in total expenses. That is, the program raked in a net profit of $26,237 for the school. Not all college sports teams can say that. 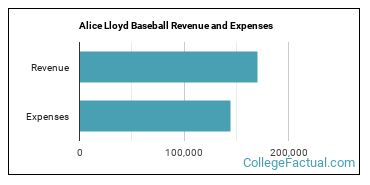 The Alice Lloyd women’s basketball team is made up of 20 players who, in turn, are trained and guided by a head coach and an assistant coach.

The women’s basketball program at Alice Lloyd made $110,878 in revenue and spent $110,345 in expenses. This means the program turned a profit, making $533 for the school. This is great since many college sports programs lose money. 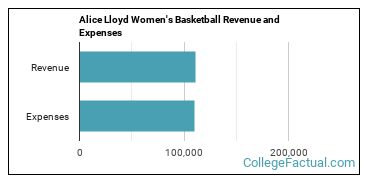 The 15-member men’s cross country team at Alice Lloyd is kept in shape by one head coach and one assistant coach. 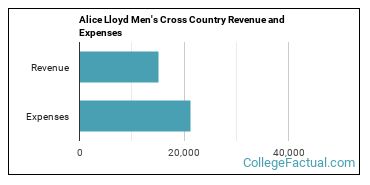 The head coach and assistant coach train and lead the 15 players of the Alice Lloyd women’s cross country team.

Alice Lloyd brought in $15,206 in revenue from its women’s cross country program while paying out $21,204 in expenses. Unfortunately, that means the program lost money, racking up a net loss of $-5,998. 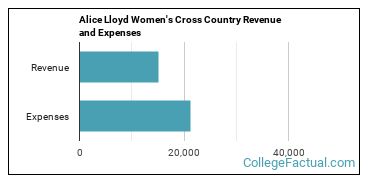 There are 13 players on the Alice Lloyd men’s golf team, and they are led by one head coach and one assistant coach. 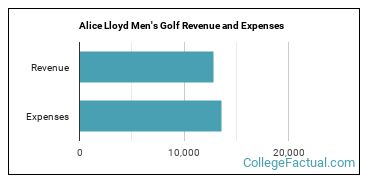 There are 18 players on the Alice Lloyd women’s softball team, and they are led by one head coach and one assistant coach.

Alice Lloyd brought in $31,618 in revenue from its women’s softball program while paying out $24,239 in expenses. So, the program was a moneymaker for the school, bringing in $7,379 in net profit. Mark this down as a good thing. 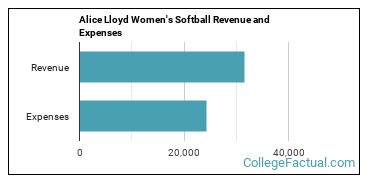 The head coach and assistant coach train and lead the 23 players of the Alice Lloyd women’s volleyball team.

In terms of financials, the Alice Lloyd women’s volleyball program paid out $23,027 in expenses and made $26,014 in total revenue. On the plus side, this means that the program made $2,987 in net profit for the school. That’s much better than a loss. 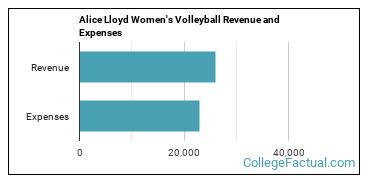