On this page, we take a look at the Alvin Community College athletics program as well as each varsity sport offered at the school so student athletes can decide if the school is a good match for them.

There are 83 athletes who take part in at least one sport at the school, 62 men and 21 women. On average, these students receive around $2,737 in sports-related student aid, which can help defray a lot of college costs. Looking at the difference between men and women, males received an average of about $1,809 and women received an average of $5,480. 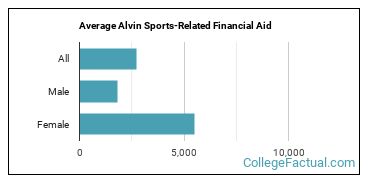 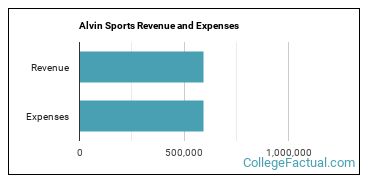 The net profit or loss can vary with each sport. For example, sports like basketball and football are often moneymakers for a school while other sports could be operating at a deficit. The chart below compares the amount of money made (or lost) for each of the men’s sports offered at Alvin. 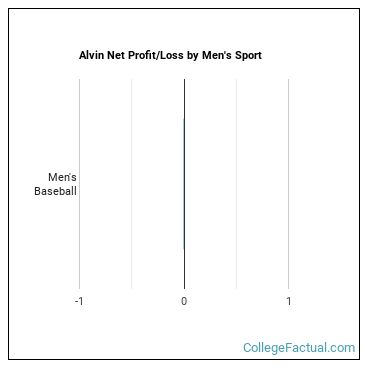 Likewise, money made for women’s athletics can vary quite a bit by sport. Here’s what the comparison looks like for women’s sports at Alvin. 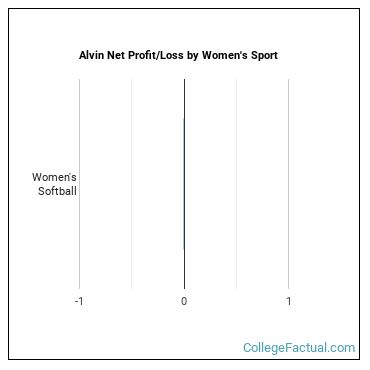 A Note About Alvin Sports Rankings

Below we give a summary of the data we have for each sport at Alvin, including rankings when the school made it to one of our Best Schools for a Sport lists. In order to place in College Factual’s sports rankings, you have to have more than a good sports team. You need to offer a quality education as well. Because, after all, there is life after college sports, and a good education will make it easier to succeed in that life.

The 62-player men’s baseball team at Alvin is kept in shape by one head coach and 2 assistant coaches.

The baseball program at Alvin made $327,905 in revenue and spend $327,905 in expenses. On the positive side, this means the program didn’t lose any money - and that’s not something every college sports program can claim.

The 21-player women’s softball team at Alvin is kept in shape by one head coach and 2 assistant coaches.

In terms of financials, the Alvin women’s softball program paid out $232,476 in expenses and made $232,476 in total revenue. Even though this means that the program didn’t make any money, at least it wasn’t in the red.