Home to about 123 undergraduates in 2019, ABTS Nashville is a very small, private college located in Nashville, Tennessee. This urban setting might be best suited for students who like the fast-paced city life.

ABTS Nashville is an "Historically Black College or University" (HBCU)

The Higher Education Act of 1965 established historically black colleges and universities as institutions whose principal mission was the education of African-Americans. Today, the HBCU designation does not necessitate that ABTS Nashville is exclusively or even predominantly African-American (though it currently is). Thanks to integration efforts, there are HBCUs with non-black majorities and non-HBCUs with black majorities. For more information you can review the White House Initiative on Historically Black Colleges and Universities.

Faith-based colleges and universities like ABTS Nashville typically have similar core requirements and offerings to secular institutions but likely require undergraduates to take some religious studies.

If a Baptist enhanced curriculum interests you, check out our ranking of The Best Baptist Colleges and Universities.

For more information on policies and accommodations that the college provides to ensure all students get the opportunity to participate, you can visit ABTS Nashville Disability Services.

ABTS Nashville offers on-campus housing, but freshmen are not required to take advantage of it. In the end though, most do choose to live in the dorms. 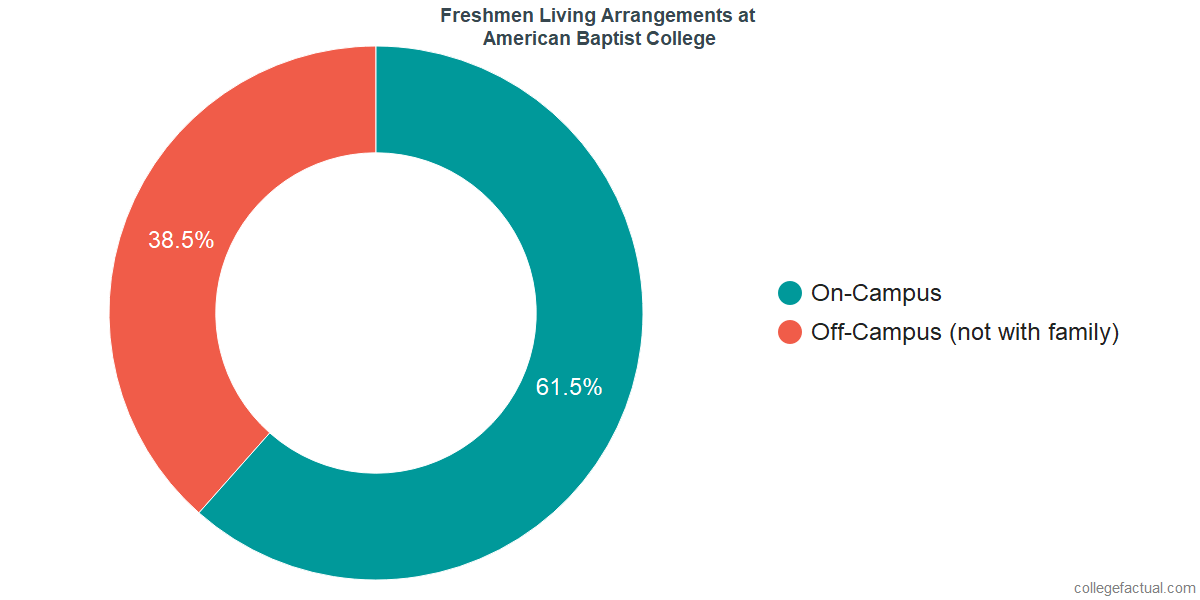 Compared to other colleges and universities across the nation, ABTS Nashville has a very homogeneous student body. We rank ABTS Nashville #3058 out of 3,514. 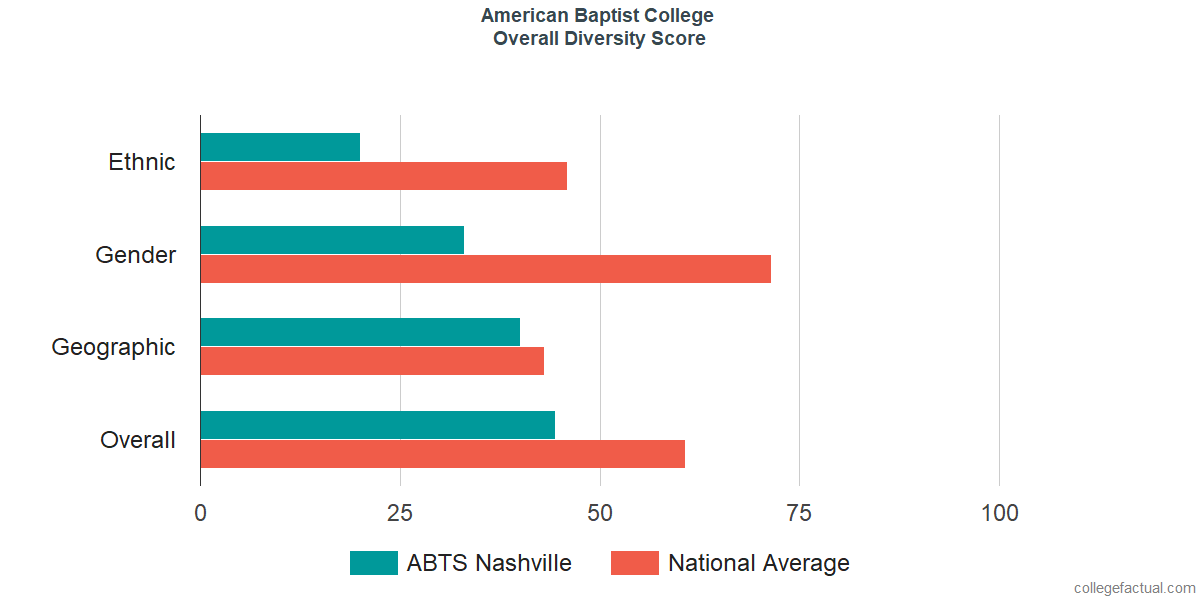 You can learn more about the diversity of the student body at ABTS Nashville by looking closer at the ethnic,  gender,  age, and geographic diversity metrics from the ABTS Nashville Diversity Guide.

We wanted to tell you about student athletes at ABTS Nashville, but that information was not available.

For more information about athletics including per-team sizes, coaching and scholarships check out our Guide to American Baptist College Athletics

Continue Your Research on ABTS Nashville