We've gathered data and other essential information about the program, such as the ethnicity of students, how many students graduated in recent times, and more. Also, learn how Bellarmine U ranks among other schools offering degrees in phys ed.

The bachelor's program at Bellarmine U was ranked #167 on College Factual's Best Schools for phys ed list. It is also ranked #2 in Kentucky.

Popularity of Phys Ed at Bellarmine U

During the 2017-2018 academic year, Bellarmine University handed out 66 bachelor's degrees in health and physical education. Due to this, the school was ranked #262 out of all colleges and universities that offer this degree. This is an increase of 38% over the previous year when 48 degrees were handed out.

How Much Student Debt Do Phys Ed Graduates from Bellarmine U Have?

While getting their bachelor's degree at Bellarmine U, phys ed students borrow a median amount of $25,275 in student loans. This is higher than the the typical median of $25,000 for all phys ed majors across the country. 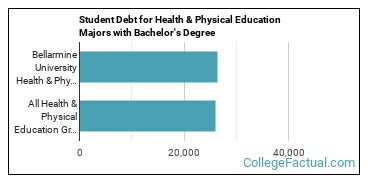 The typical student loan payment of a bachelor's degree student from the phys ed program at Bellarmine U is $262 per month.

Take a look at the following statistics related to the make-up of the phys ed majors at Bellarmine University.

Is Bellarmine U a Good Match for You? 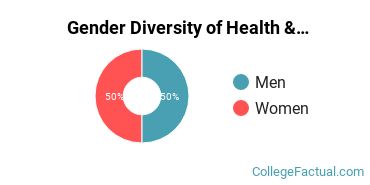 The majority of bachelor's degree recipients in this major at Bellarmine U are white. In the most recent graduating class for which data is available, 86% of students fell into this category.

The following table and chart show the ethnic background for students who recently graduated from Bellarmine University with a bachelor's in phys ed. 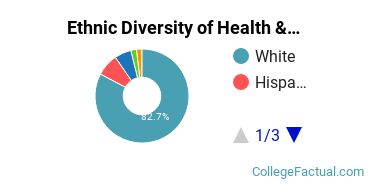