Any Cedar Crest bachelor's degree rankings and awards from College Factual will be listed on this page.

How Cedar Crest Ranks for Value

The Best Value Colleges for Art Therapy in the Middle Atlantic Region Ranking is a ranking for the highest quality majors for the most affordable cost. 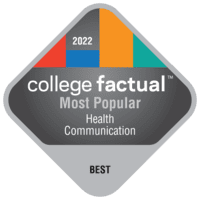 Their best ranking for most popular major is for Health Communication students.

The Most Popular Colleges for Health Communication Ranking is simply a ranking of majors that have the most students attending.

Their best ranking for most focused major is for Master’s Degree Family, Consumer & Human Sciences students.