Christian Brothers Demographics: How Diverse Is It?

Start now by Learning About Diversity at Christian Brothers, and how it is Similar to Other Schools in the United States.

Christian Brothers University is thought to be very diverse across all factors, and is ranked #369 nationwide. 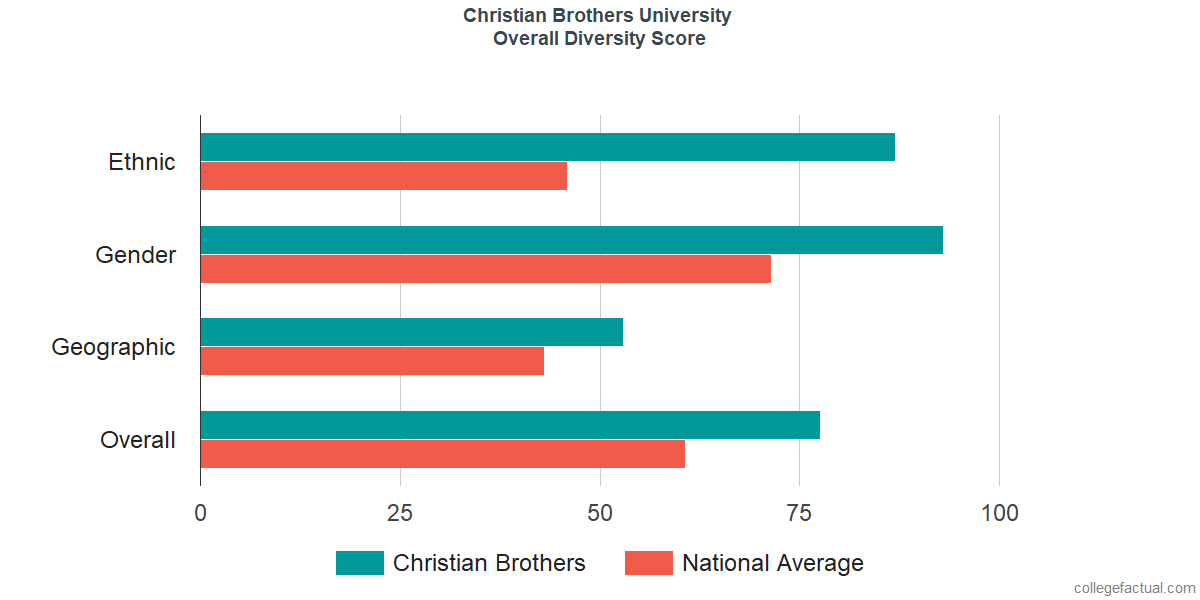 Many young people value the chance to meet and learn from different ethnic and racial groups, which is more likely to happen at a diverse school such as this one.

Christian Brothers University is ranked #332 in ethnic diversity nationwide which is far above average.

If the data is available, the following chart will show Christian Brothers undergraduate student diversity. 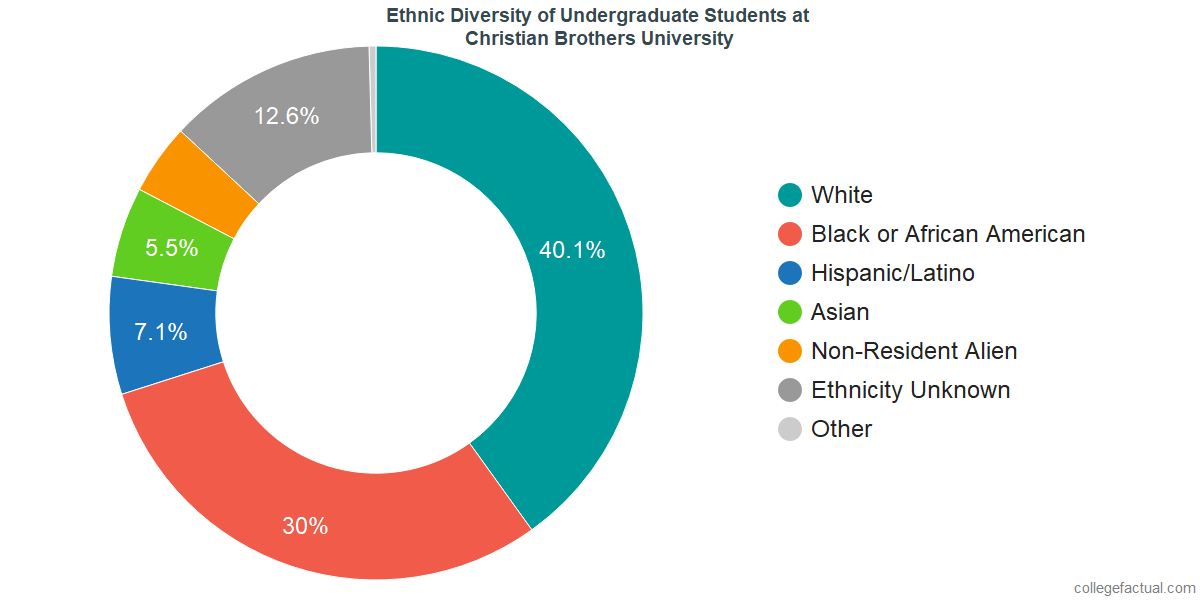 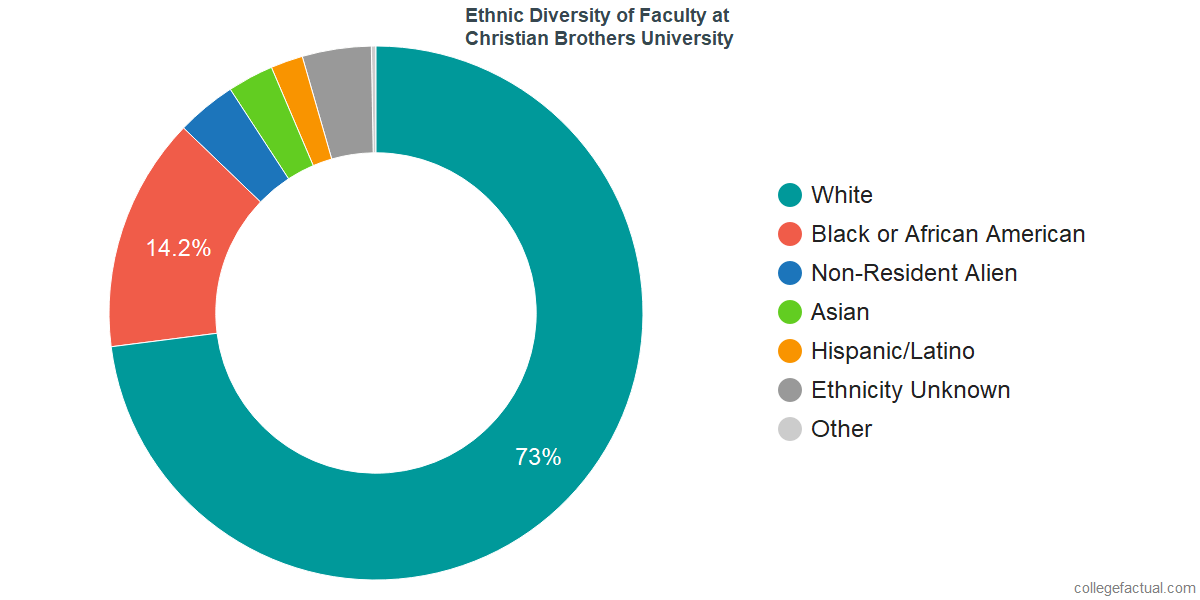 This university is ranked at #364 in male to female diversity nationwide. The undergraduate population is comprised of 859 males and 932 females.

When available, the chart below includes the male to female distribution among Christian Brothers' undergraduate students.

The male to female ratio at Christian Brothers is excellent. 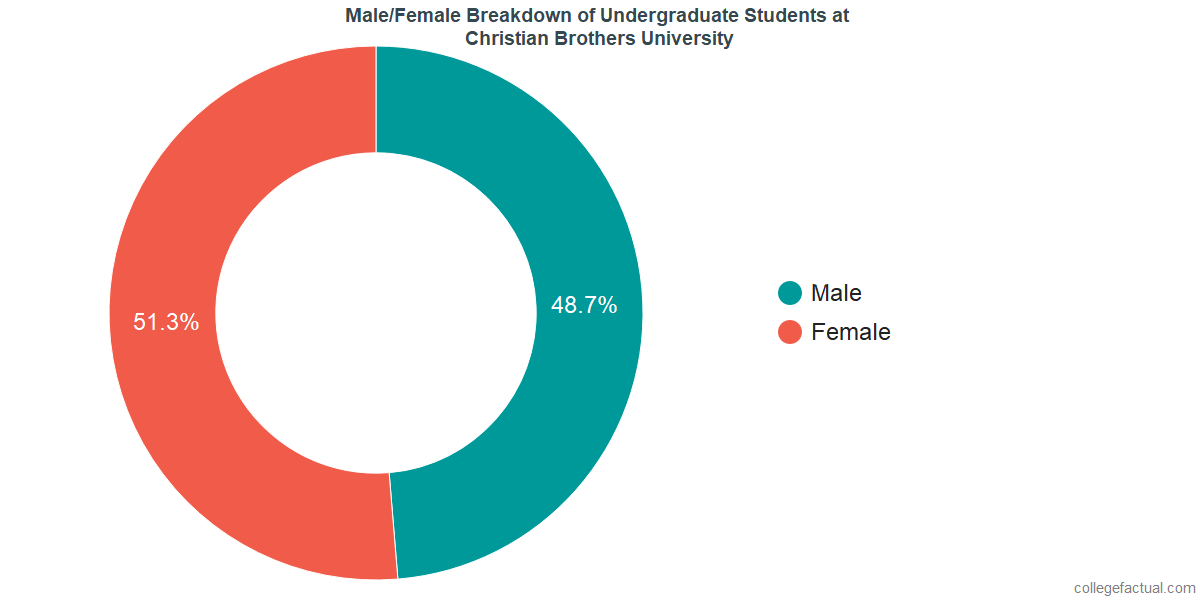 When available, the chart below includes the male to female distribution among Christian Brothers' faculty.

The ratio of male to female faculty at Christian Brothers is excellent. 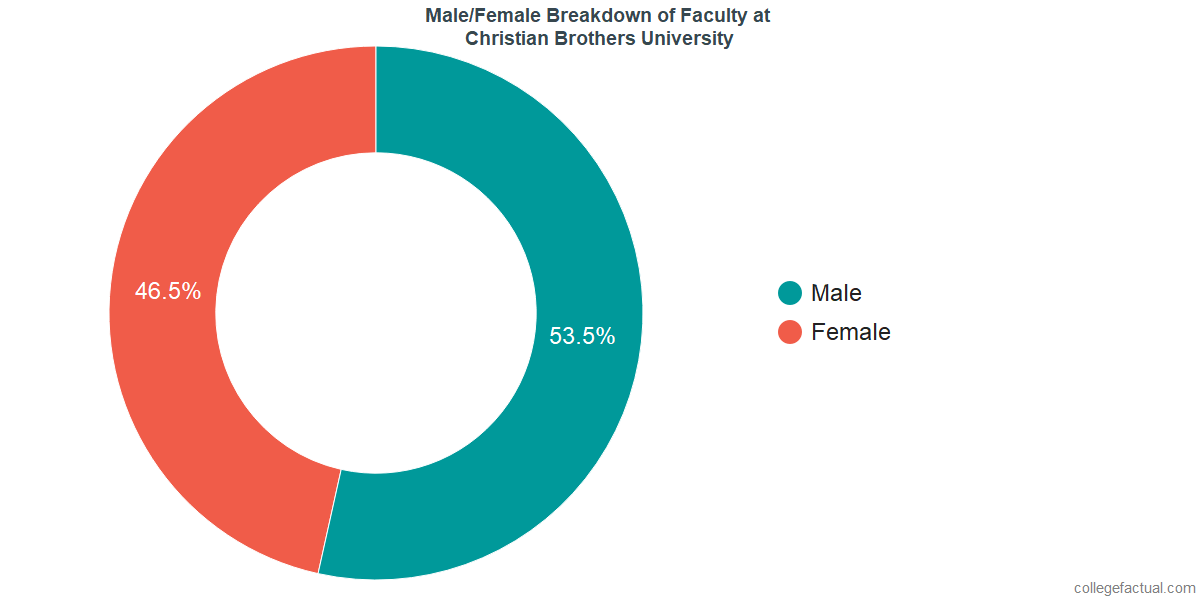 To create the geographic diversity for each school, we took into account where every student resided before they were admitted.

The undergraduate student body is split among 17 states (may include Washington D.C.), as shown in the chart below. 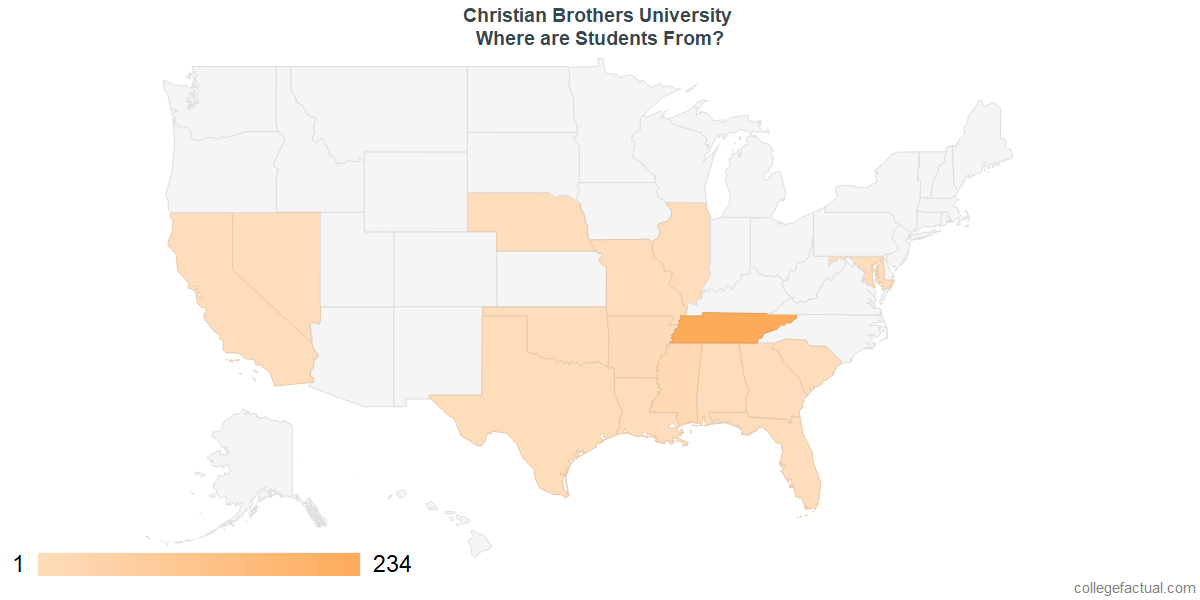 Analyze the age distribution of Christian Brothers students with the following chart. 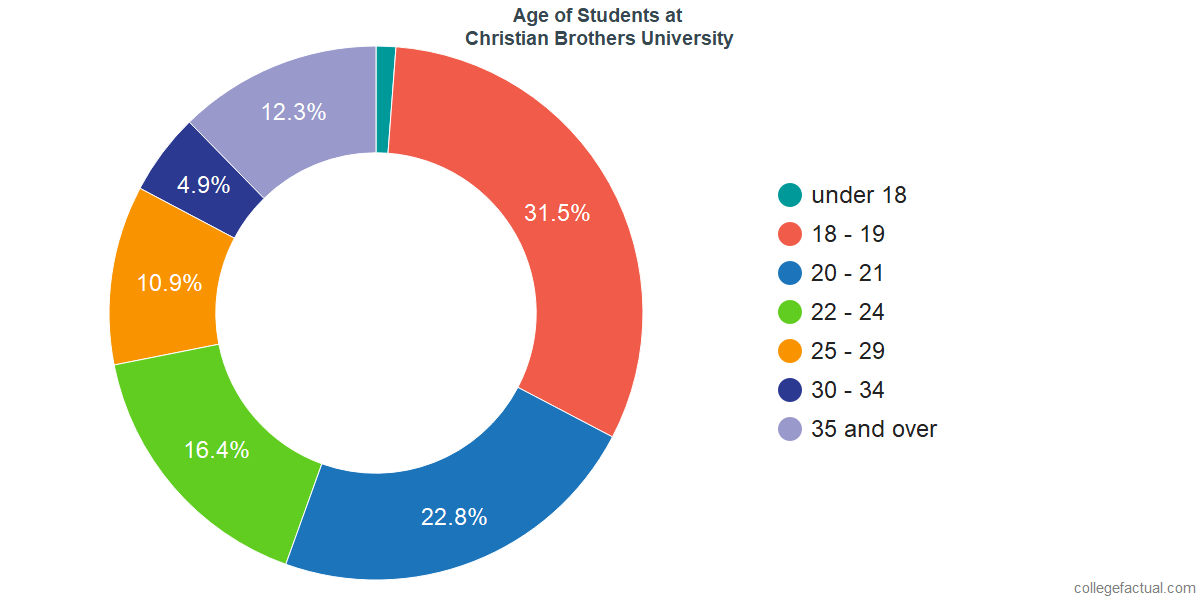 Continue Your Research on Christian Brothers