Get Some Knowledge on Diversity at Concordia, Including how This School Compares to Others in the U.S..

The total diversity grade is created by adding up results of racial, geographic, gender and age diversity. 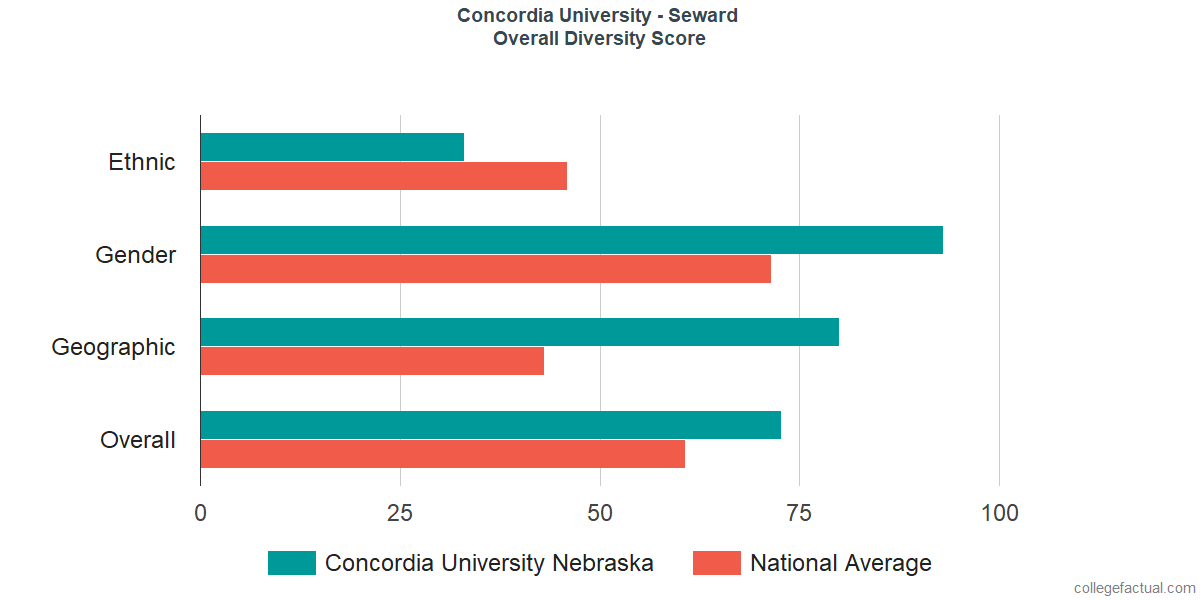 Many students value the opportunity to meet and learn from other students from different ethnic and racial backgrounds, unfortunately, that may be difficult at this school.

Below average when it comes to ethnic diversity, Concordia University - Nebraska is ranked #3,191 in the United States.

Take a Deeper Look at Racial Diversity at Concordia

The chart below will display the diversity of undergraduate students at Concordia if it is available.

Concordia's racial diversity is below the national average. 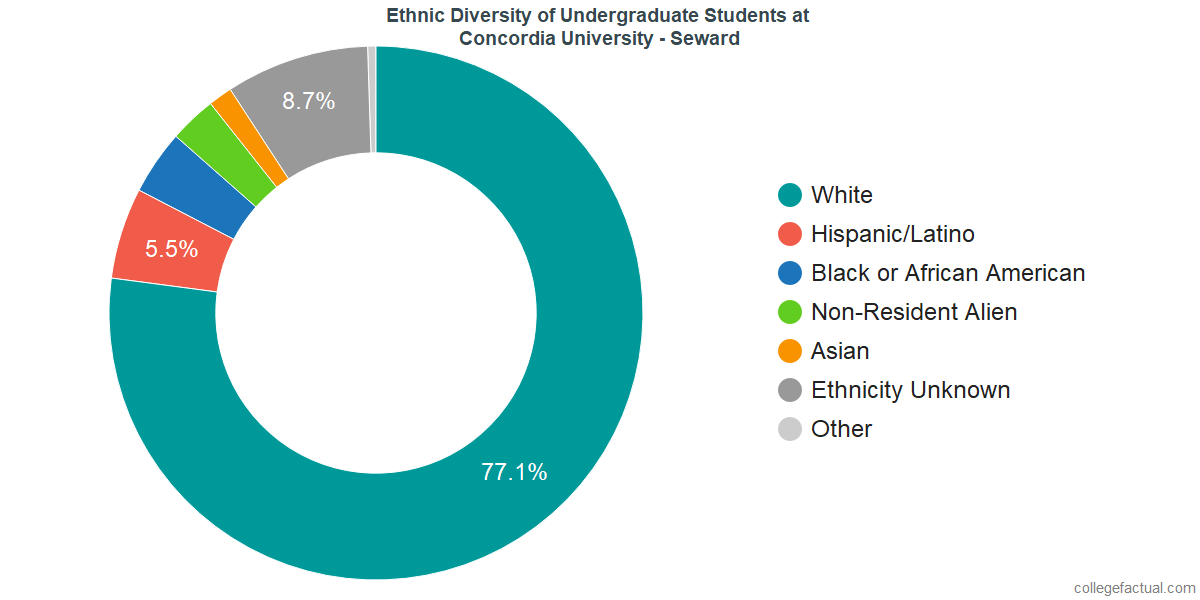 The faculty at Concordia is not racially diverse. 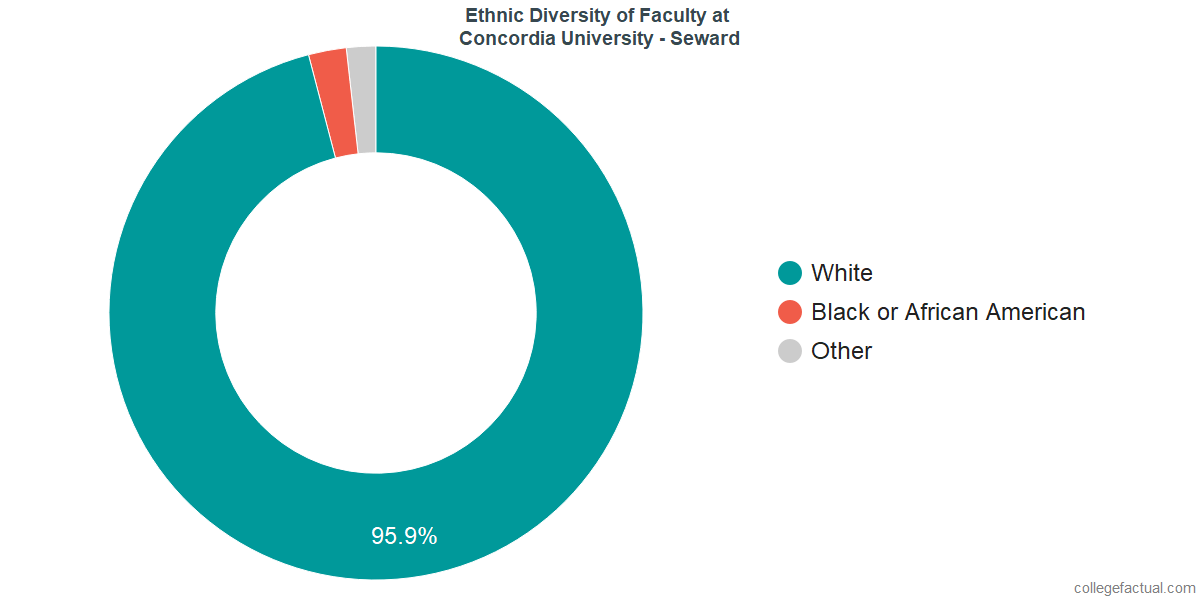 At Concordia University - Nebraska, the disparity between men and women on campus is far lower than the national average. The undergraduate student body at Concordia is equally balanced.

This university is ranked at #446 in male to female diversity nationwide. The undergraduate population is comprised of 822 males and 1,014 females.

Where available, the chart below will include the male to female percentage among Concordia's undergraduate students.

The male to female ratio at Concordia is excellent. 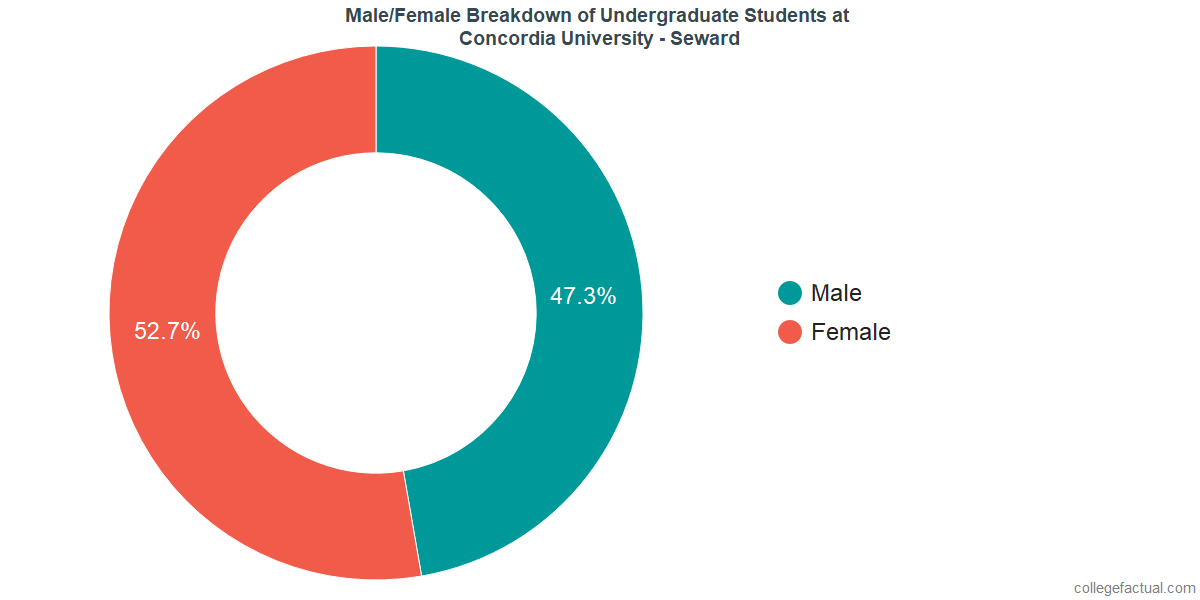 Where available, the chart below will include the male to female percentage among Concordia's faculty.

The ratio of male to female faculty at Concordia is excellent. 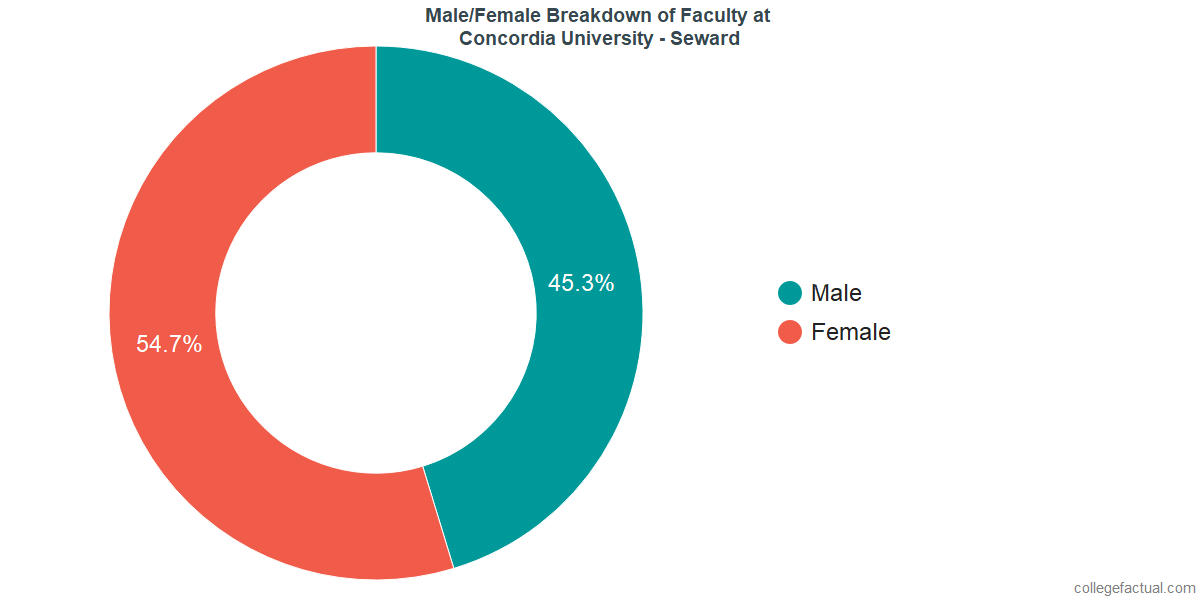 We took a look at where each of the school's admitted students lived before attending to create the geographic diversity ranking.

About 48.6% of the students attending Concordia University - Nebraska come from within Nebraska. Concordia's rating of #500 makes it above average in this factor.

The undergraduate student body is split among 27 states (may include Washington D.C.), as shown in the chart below. 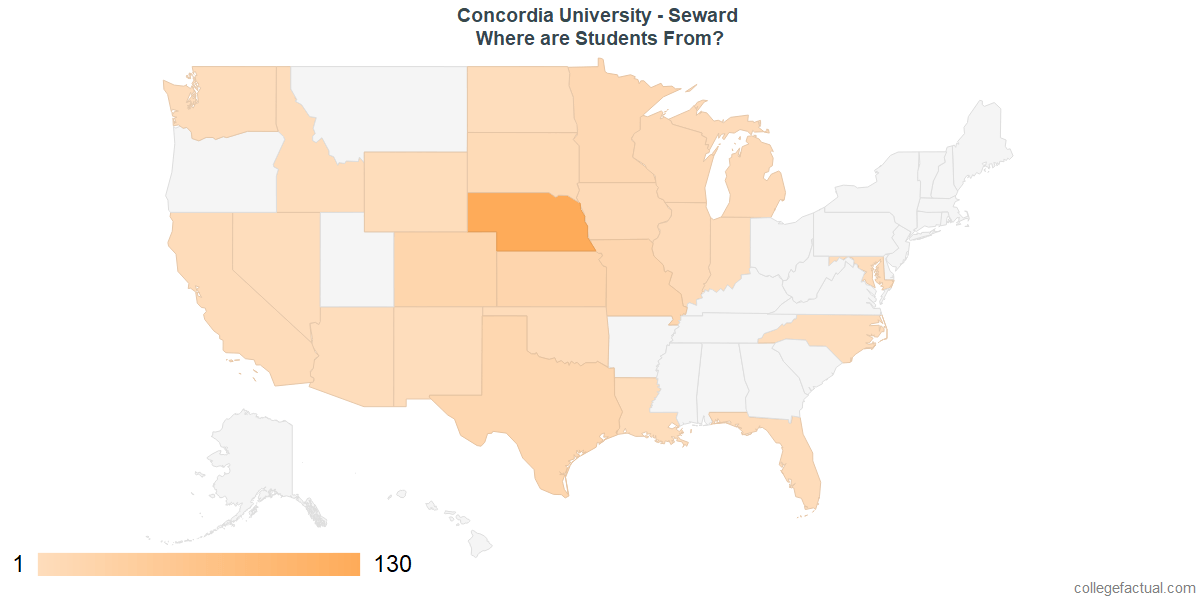 The Amount of International Students at Concordia

There is a mid sized group of about 76 international students at Concordia University - Nebraska representing at least 13 countries. Check out the Concordia International Student Page for more information.

The traditional student is between the ages of 18-21. At Concordia University - Nebraska, 44.6% of students are in the age 18 to 21 bracket, compared to the national average of 60%. We rank Concordia #624 in the nation for student age diversity.

Analyze the age range of Concordia students with the following chart. 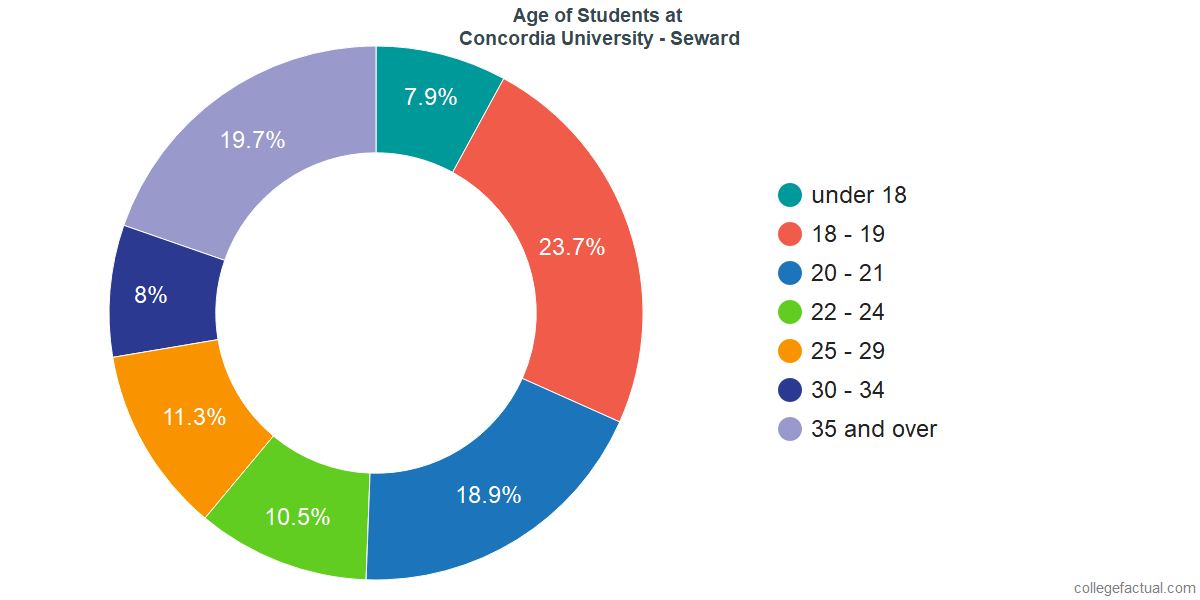 Continue Your Research on Concordia