Go over current and probable tuition charges for CUNY Lehman College, in addition to how these expenses compare to the U.S. average.

Get a good understanding of the tuition charges associated with CUNY Lehman College in order to prepare yourself successfully for your college years. Check out the figures below to know how CUNY Lehman College's cost measures up to other colleges and if you should plan for tuition increases.

How Does CUNY Lehman College Contrast With Other Schools?

For nationwide, regional and statewide comparisons, look at the following table to see how CUNY Lehman College measures up to other schools.

The following table outlines the costs defined above for the 2019 - 2020 academic year.

Tuition and Fees for out-of-state students attending CUNY Lehman College grew with an average yearly rate of 3.4% within the last 5 years. In the same time period, tuition grew by 3.6% and fees grew by 0.0%. Due to this, we estimate the cost of tuition and fees this year will total $15,887.

For a two-year degree, we estimate tuition and fees will be $32,319 and $66,892 for a four-year degree. This does not cover additional charges for example room and board, books, and transportation.

The following chart shows predicted future tuition and fees which includes residency based discounts for undergrads at CUNY Lehman College. 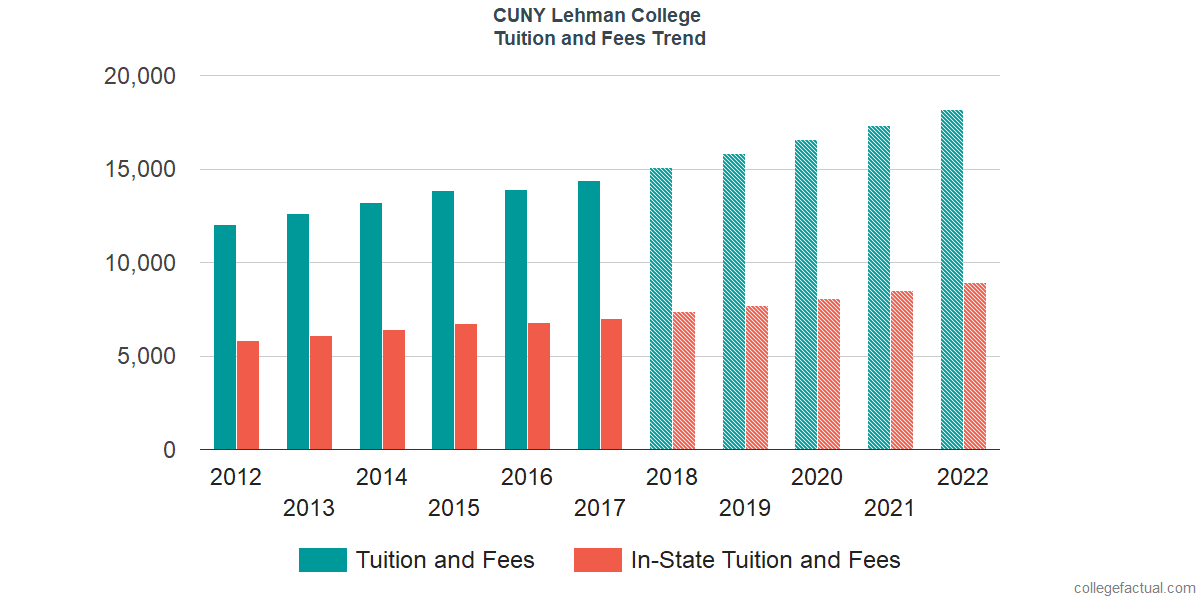 Be aware of how much college fees and tuition is increasing every year. At a lot of schools students will end up spending more money on their final year of college than they did for their first.