If you want to know more about the Davidson County Community College sports programs, you’ve come to the right place. Here we present data on the program as a whole as well as information about each varsity sport offered at the school.

A total number of 24 student athletes participate in varsity sports at the school, 15 of whom are male and 9 are female. They receive, on average, about $431 in sports-related student aid to attend DCCC. Breaking it down by gender, the average amount of sports aid awarded to men is $442 and the average awarded to women is $411. 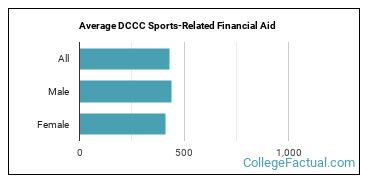 DCCC sports teams made $115,064 in revenue, but they did have to spend $114,118 for expenses. So, the good news is that athletics program made a profit of $946, and that’s much nicer than losing money (which some schools do). 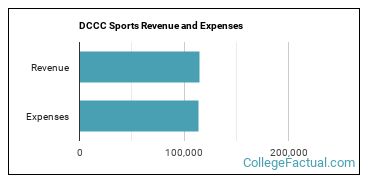 The net profit or loss can vary with each sport. For example, sports like basketball and football are often moneymakers for a school while other sports could be operating at a deficit. The chart below compares the amount of money made (or lost) for each of the men’s sports offered at DCCC. 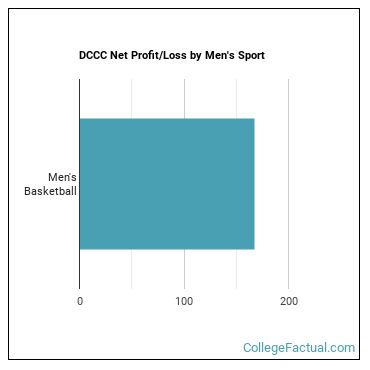 Likewise, money made for women’s athletics can vary quite a bit by sport. Here’s what the comparison looks like for women’s sports at DCCC. 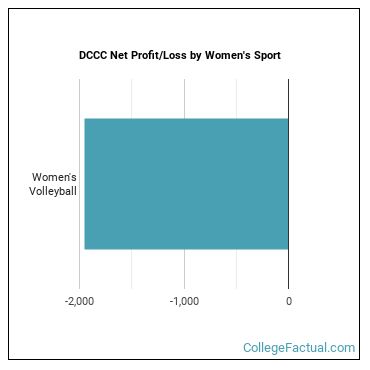 A Note About DCCC Sports Rankings

In addition to giving other data about the sports below, we try to include each sport’s ranking on our Best Schools for a Sport lists when one exists. College Factual’s sports rankings are a little different than the other ones you’ll find on the Internet, since our analyses take both athletics and academics into account. Because, after all, there is life after college sports, and a good education will make it easier to succeed in that life.

The 15-player men’s basketball team at DCCC is kept in shape by one head coach and 2 assistant coaches.

DCCC brought in $66,266 in revenue from its men’s basketball program while paying out $66,099 in expenses. So, the program was a moneymaker for the school, bringing in $167 in net profit. Mark this down as a good thing. 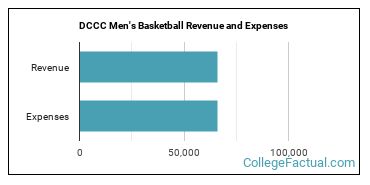 The head coach and assistant coach train and lead the 9 players of the DCCC women’s volleyball team. 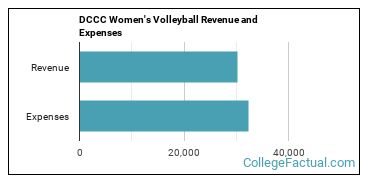 In case you’re wondering why certain sports that Davidson County Community College offers aren’t listed above, it’s because we have no data on those sports.