Find out what the standard tuition charge is for U.S. undergrads throughout the country, and how Emory & Henry College stacks up.

Prepare money wise for your degree. Compare Emory and Henry College's fees and tuition to other U.S. colleges. Check for tuition tendencies and potential increases to find out if you have to allocate more money for the next 4-6 years of paying for college.

How do Tuition & Fees at Emory & Henry College Compare to Other Schools?

The subsequent table outlines how Emory & Henry College measures up to other schools nationally, regionally and by state.

How Much Will Tuition & Fees Be for Emory & Henry College?

As opposed to public colleges, Emory & Henry College does not offer a tuition discount to in-state students.

Fees and tuition costs quoted on this page do not include room and board, which will increase your costs. However, a lot of students end up having to pay under full tuition after getting financial aid along with other discounts.

The subsequent table outlines the costs described above for the 2019 - 2020 school year.

There has been an increase of 1.9% in Emory and Henry College fees and tuition for out-of-state students in the past 5 years. Tuition increased by 1.9% and fees increased by 0.0%. This year, undergraduates should anticipate paying $35,763 based on current projections.

View what upcoming tuition and fees will be for Emory & Henry College students in the following chart. 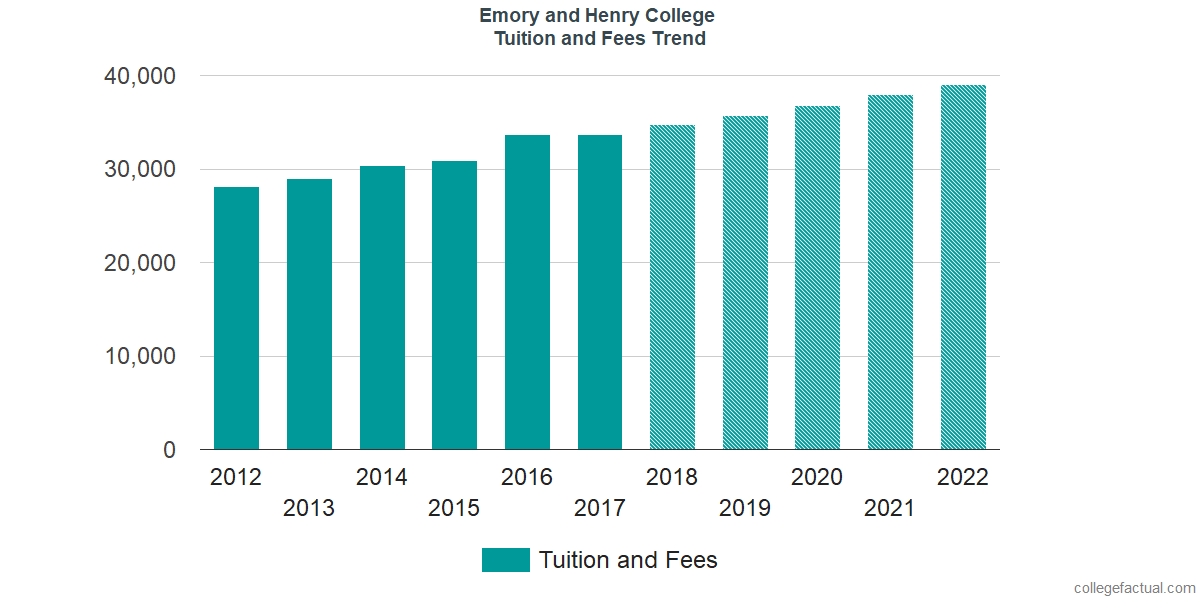 At many schools you will end up paying more for your last year of college than you will in your first. This is because of yearly price increases. It's good to be aware!

Uncover answers to your finance questions in the tuition & fees FAQ.