Learn just what the usual tuition is for U.S. undergrads throughout the nation, and how Gannon stacks up.

Prepare yourself economically for your education. Contrast Gannon's tuition and fees to other U.S. schools. Look for tuition tendencies and increases to see if you must devote more money for the following few years of college bills.

Gannon Tuition & Fees Vs. Other Schools

The next table shows how Gannon compares to other colleges nationally, regionally and by state.

Full-time undergraduate students at Gannon University paid $34,201 in tuition and fees in the 2019 - 2020 academic year, before modifications for financial aid. Of that number, the price tag on tuition came to $33,245. $956 was the charge for fees. Find out more about the net price.

Alas, this college doesn't offer any tuition discounts to residents of the state.

The tuition and fee costs cited on this page don't include room and board, which can increase your expenses. Then again, a lot of students wind up spending under maximum tuition after collecting financial aid as well as other discounts.

How much does Gannon cost per credit hour?

There continues to be a growth of 3.0% in Gannon University tuition and fees for out-of-state students in the past five years. Tuition grew by 3.0% and fees grew by 9.9%. This school year, undergrads can anticipate paying $35,213 based on current projections.

Take a look at the following chart to see how Gannon tuition and fees might develop in the years to come. 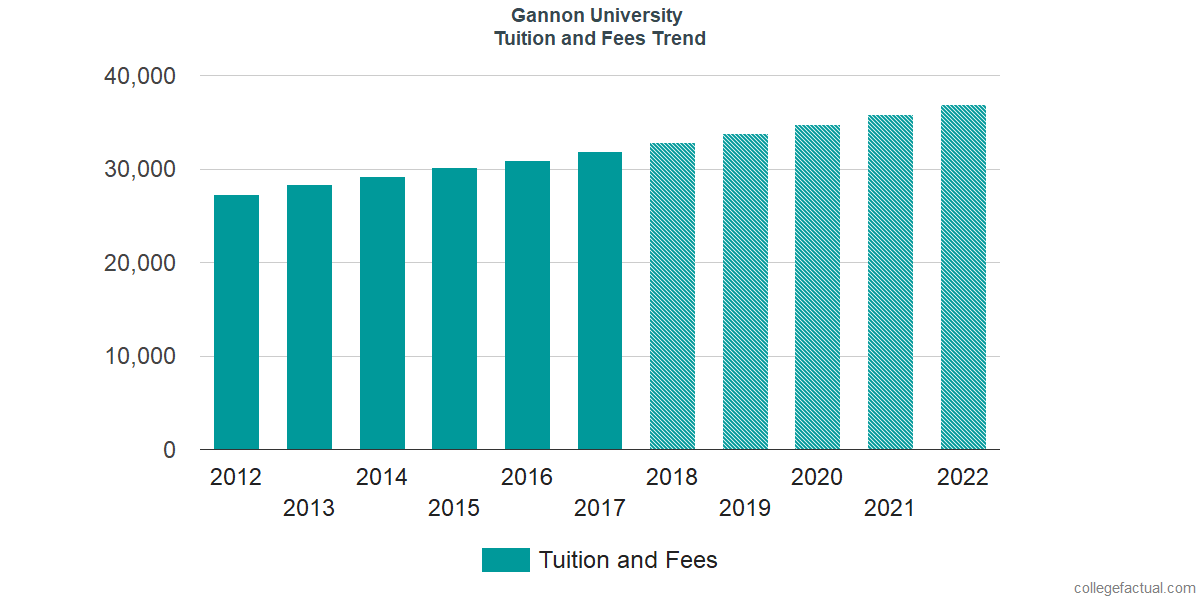 Mainly due to the cost of living as well as other variables, the cost of college is likely to increase each year. For this reason your last year of school may very well be much more expensive than your first year.

Continue Your Research on Gannon