Discover just what the usual tuition is for U.S. undergrads around the nation, and how Loyola Chicago measures up.

Tuition & Fees: What to Know

Prepare economically for your degree. Contrast Loyola Chicago's fees and tuition to other U.S. schools. Look for tuition developments and increases to find out if you should expect to set aside more money for the following few years of paying for college.

For nationwide, regional and statewide comparisons, check out the following table to find out how Loyola Chicago compares to other colleges.

How Much Does Loyola Chicago Charge for Tuition?

Regrettably, this college doesn't offer any reductions to in-state students.

Tuition and fees take care of the expense of attendance for one year of school, but do not include room and board, which is an additional cost you will incur if you decide to stay on campus. Then again, a lot of students end up having to pay under maximum tuition because they qualify for financial aid along with other rate reductions.

The subsequent table shows the expenses described above for the 2018 - 2019 academic year.

How much does Loyola Chicago cost part time?

There continues to be an increase of 4.7% in Loyola University Chicago tuition and fees for out-of-state students in the past five years. Tuition expanded by 4.8% and fees expanded by 2.4%. This school year, undergraduates can expect to pay $44,849 based on current estimates.

The next chart displays predicted future tuition and fees for undergraduate students at Loyola Chicago. 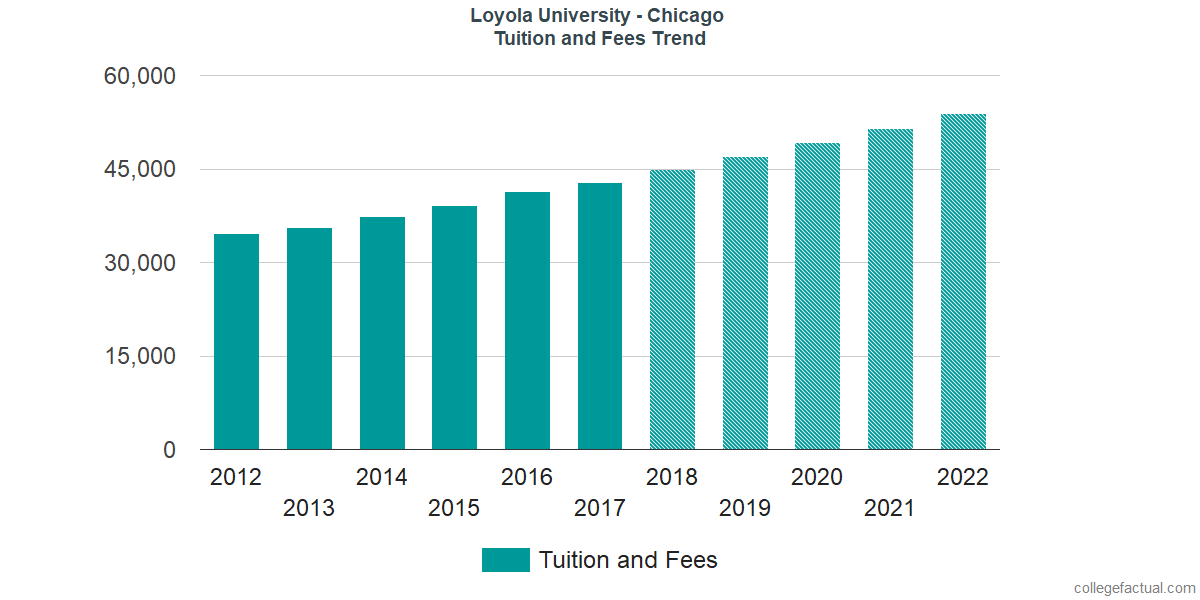 At most colleges you'll wind up paying more in your final year of school than you will in your first. This is due to yearly cost growth. It's good to be in the know!

Uncover answers to your finance questions in the tuition & fees FAQ.

Continue Your Research on Loyola Chicago