Home to about 967 undergraduates in 2018, Penn State York is a very small, public university located in York, Pennsylvania. A safe, suburban environment can offer many of the amenities of city living without the constant hum. Should you tire of the campus however, Penn State York offers a "study abroad" program. Please note, some classes/degrees offered by Penn State York can be taken "online" so keep that in mind when reviewing this report. For more context, you might also check out our Penn State York Guide to Distance and Online Learning.

For more information on policies and accommodations that the university provides to ensure all students get the opportunity to participate, you can visit Penn State York Disability Services.

Penn State York for the Military 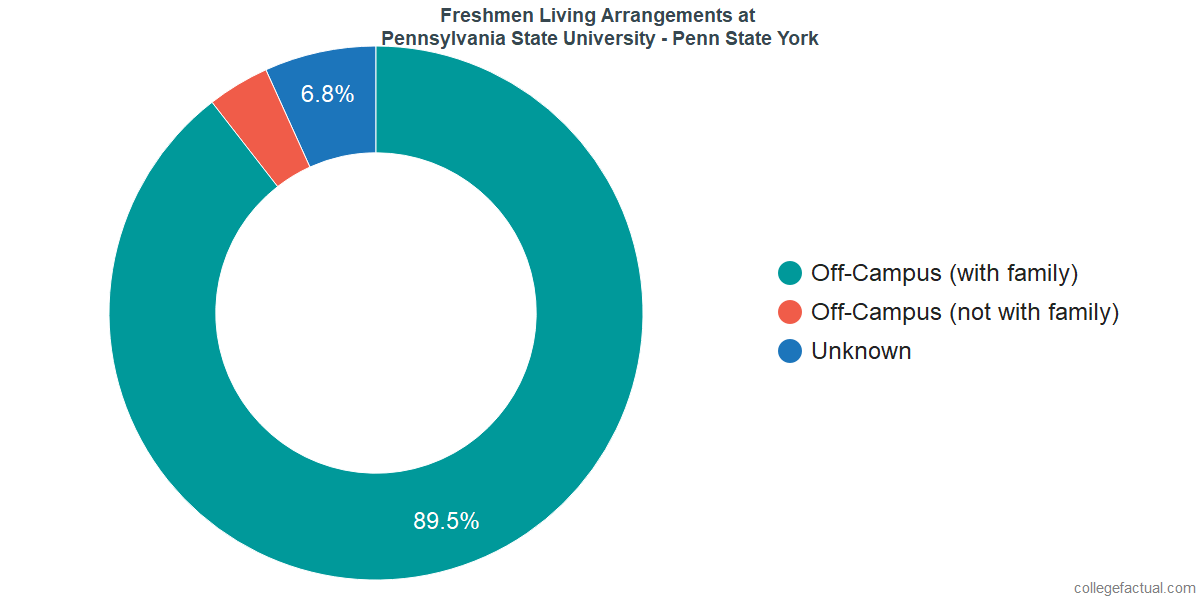 Compared to other colleges and universities across the nation, Penn State York is less diverse than average in terms of overall diversity. We rank Penn State York #1344 out of 2,179. 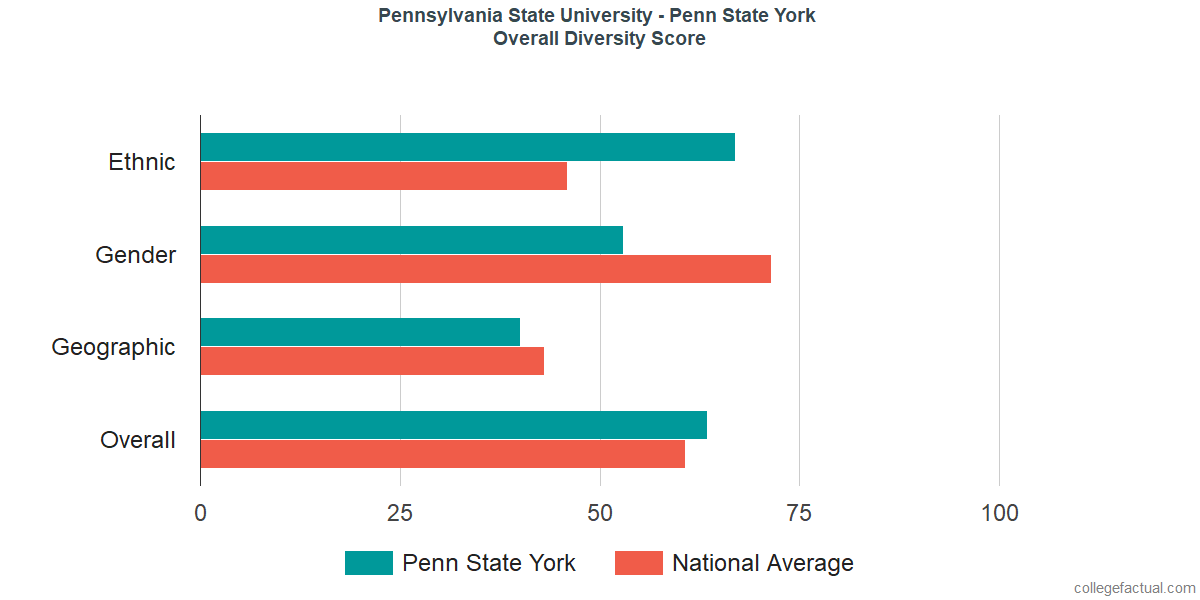 Penn State York has a total of 74 student athletes, 53 men and 21 women who compete in inter-collegiate athletics.

For more information about athletics including per-team sizes, coaching and scholarships check out our Guide to Pennsylvania State University - York Athletics