The main focus area for this major is Culinary Arts/Chef Training. For more details on this concentration, visit its profile page.

Culinary Arts is a major offered under the personal and culinary services program of study at Southern Adventist University. We’ve pulled together some essential information you should know about the associate degree program in culinary arts, including how many students graduate each year, the ethnic diversity of these students, and more.

If there’s something special you’re looking for, you can use one of the links below to find it:

How Much Does an Associate in Culinary Arts from Southern Adventist Cost?

In 2019-2020, the average part-time undergraduate tuition at Southern Adventist was $930 per credit hour for both in-state and out-of-state students. The average full-time tuition and fees for undergraduates are shown in the table below.

Does Southern Adventist Offer an Online Associate in Culinary Arts?

2 Associate Degrees Awarded
100.0% Women
In the 2019-2020 academic year, 2 students received their associate degree in culinary arts. The gender and racial-ethnic breakdown of those individuals is shown below.

All of the students who received their Associate in culinary arts in 2019-2020 were women. 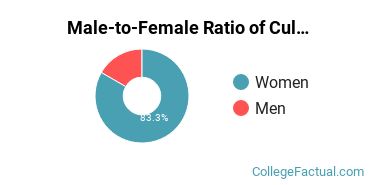 None of the culinary arts associate degree recipients at Southern Adventist in 2019-2020 were awarded to racial-ethnic minorities*. 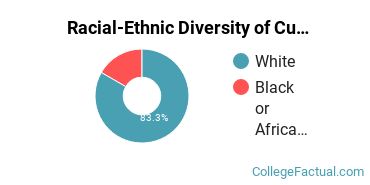 Culinary Arts students may decide to major in one of the following focus areas.