Review current and probable tuition charges for Southern Adventist, as well as just how these expenses contrast to the U.S. average.

Prepare economically for your college degree. Contrast Southern Adventist's tuition charges to U.S. schools. Look for price tendencies and potential increases to find out if you should expect to set aside more money for the following 4 years of tuition.

For nationwide, regional and statewide comparisons, look at the following table to find out how Southern Adventist compares to other colleges.

Full-time undergraduates at Southern Adventist University paid $22,520 in fees and tuition in the 2019 - 2020 academic year, before adjustments for financial aid. $21,650 was the cost of tuition. $870 was the price of fees. Find out more about the net price.

Alas, this college doesn't provide any reductions to students who live in state.

Southern Adventist University fees and tuition is the number charged to students for one year of attendance, and doesn't include room and board. Note a lot of students have financial aid and scholarships that decrease their total cost.

How much does Southern Adventist cost part time?

There continues to be an increase of 2.0% in Southern Adventist University fees and tuition for out-of-state students in the past five years. Tuition expanded by 2.1% and fees expanded by 0.0%. This school year, students can expect to pay $22,977 if the growth keeps up.

Due to price growth, the total expense of a four-year degree from Southern Adventist would be $94,745, and the total price of a two-year degree would be $46,421, not including added costs such as books, transportation, and room and board. 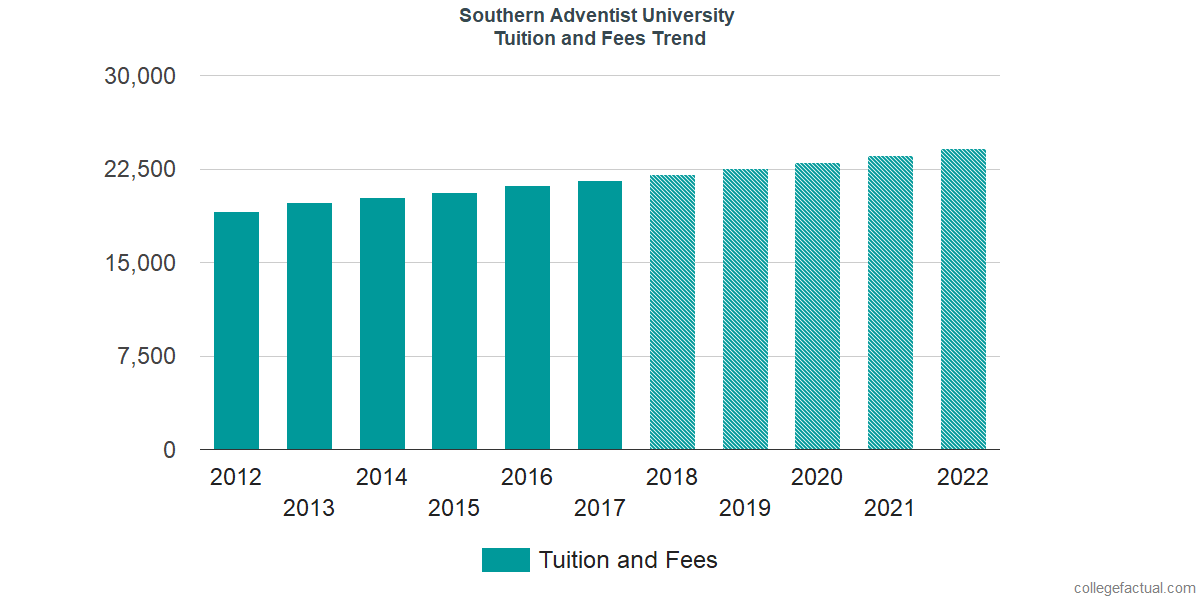 Pay attention to just how much the tuition and fees are increasing each year. At most colleges undergrads will wind up spending more on their last year of school compared to what they did for their first.

Continue Your Research on Southern Adventist