Discover what the standard tuition charge is for U.S. colleges, and how SUNY Empire State College measures up.

How Does SUNY Empire State College Contrast With Other Schools?

The following table outlines how SUNY Empire State College measures up to other schools nationally, regionally and by state.

The following table outlines the costs explained above for the 2018 - 2019 school year.

SUNY Empire State College tuition and fees have not changed substantially over the past five years. We anticipate the expense of fees and tuition for this year will total $16,835.

If costs continue to remain stable, two years here will run you $33,670 and four years will run you $67,340. Furthermore, you may have extra costs such as room and board, books and, transportation. 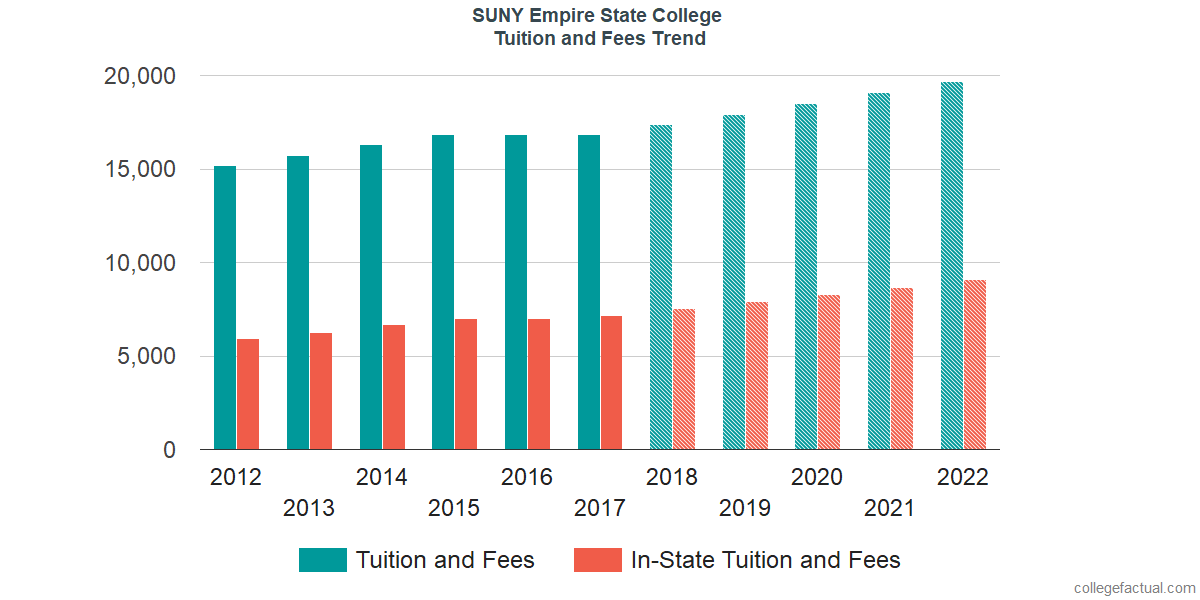 Take note of how much college fees and tuition is increasing every year. At a lot of schools students will end up spending more on their final year of college compared to what they did for their first.

Discover our answers to frequently asked questions and additional information about college tuition and fees.