Educate Yourself on Diversity at UCR, Including how Similar This School is to Others in the Nation.

The total diversity grade is created by combining the results of racial, geographic, gender and age diversity.

Considered above average in terms of total diversity, University of California - Riverside is ranked #817 nationwide. 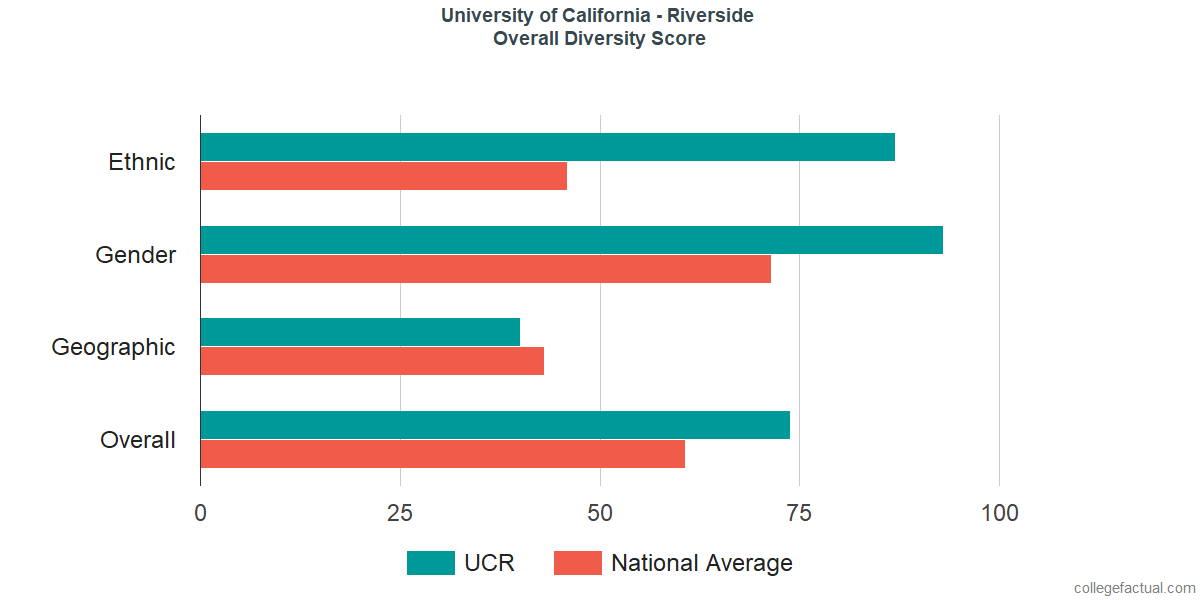 This very diverse school may be a great place for young students to get to know others with different cultures and backgrounds.

Sitting at #541, University of California - Riverside has received an excellent ranking for ethnic diversity nationally.

If the data is present, the following chart will display UCR undergraduate student diversity. 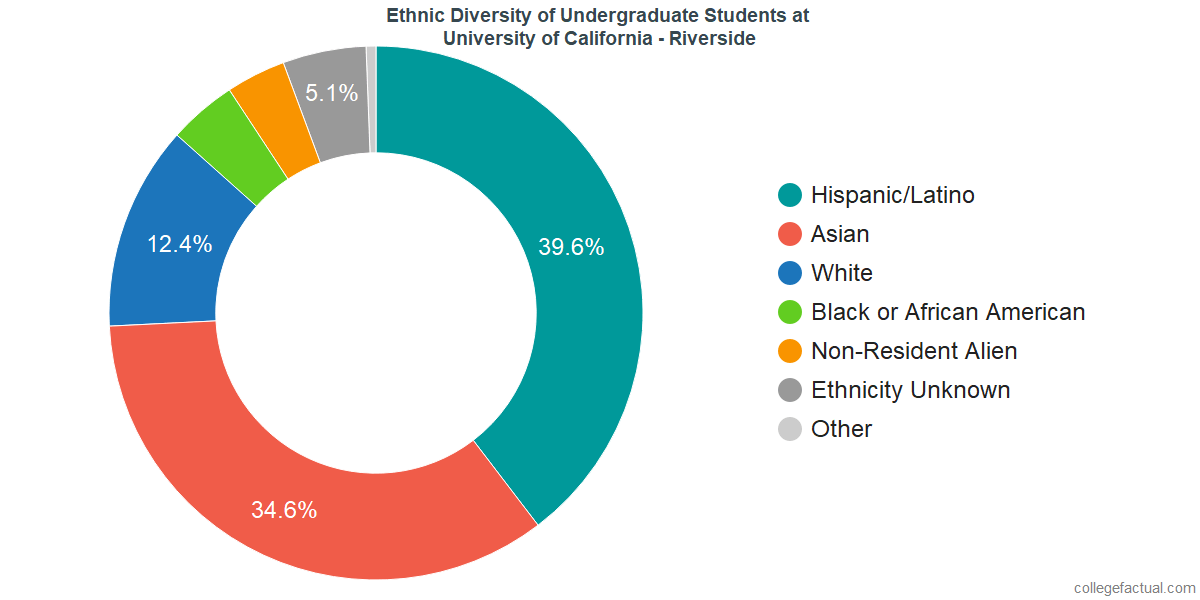 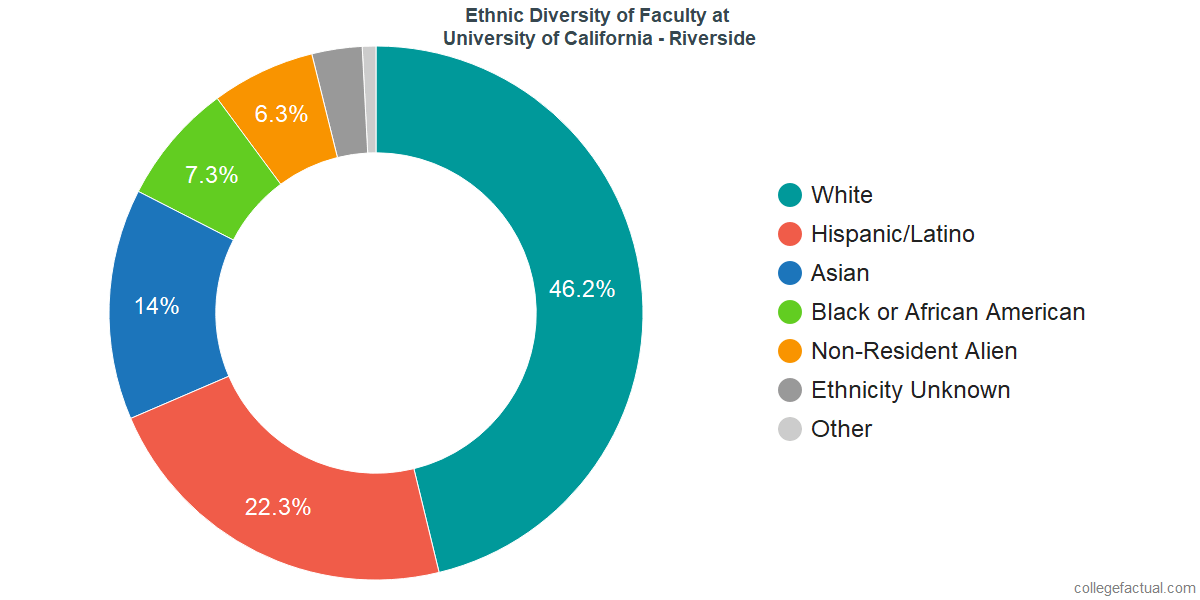 At University of California - Riverside, the disparity between men and women on campus is far lower than the national average. The undergraduate student body at UCR is equally balanced.

This university is ranked at #645 in male to female diversity nationwide. The undergraduate population is comprised of 9,464 males and 11,117 females.

If available, the chart below includes the male to female percentage among UCR's undergraduate students.

The male to female ratio at UCR is excellent. 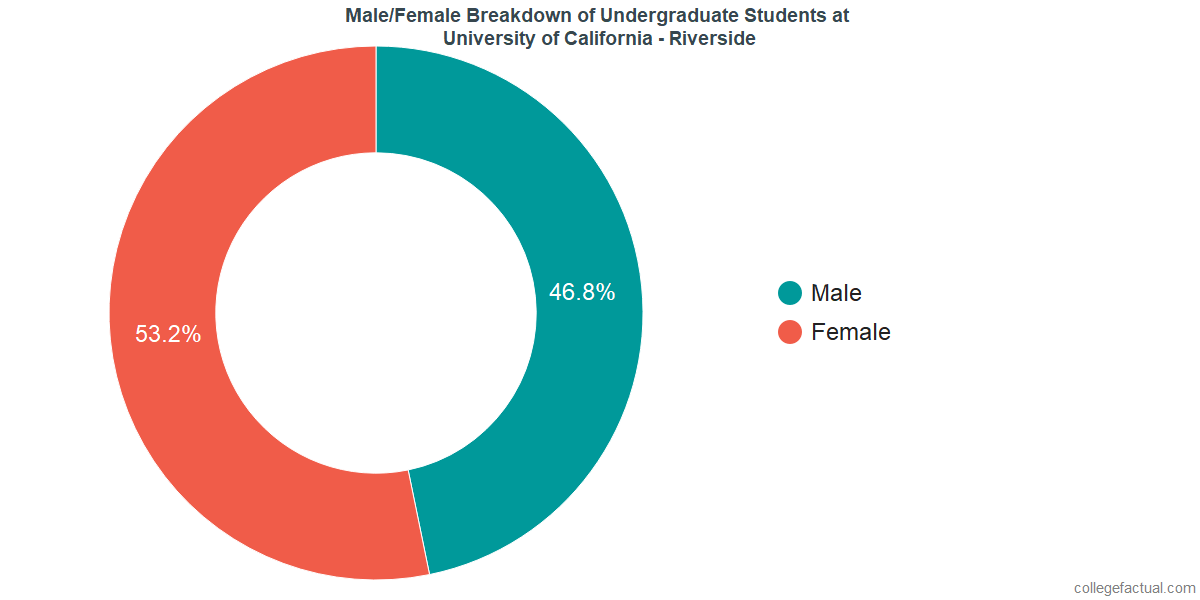 If available, the chart below includes the male to female percentage among UCR's faculty.

The ratio of male to female faculty at UCR is excellent. 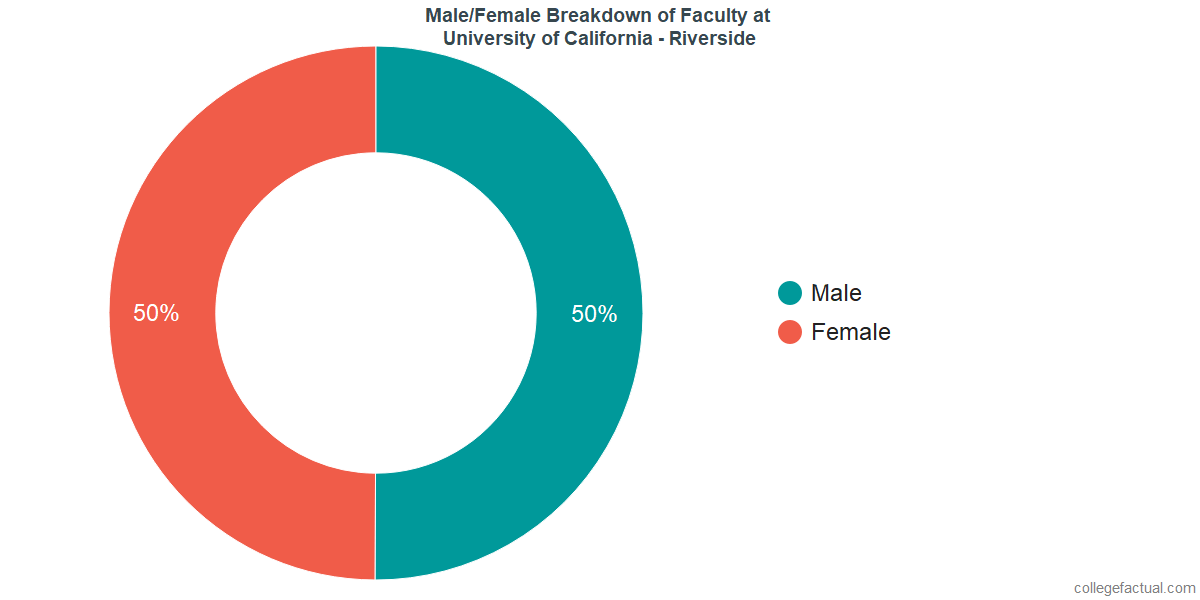 Seems to be Popular for Local Students

Would you prefer a local college that recruits students from within California? This could be a good option for you.

We've derived the location diversity of each school by looking at where matriculated undergraduates lived before they attended college.

Over 90% of the students attending University of California - Riverside come from within California. This means UCR is below average in geographic diversity with a ranking of #2,108.

The undergraduate student body is split among 18 states (may include Washington D.C.), as shown in the chart below. 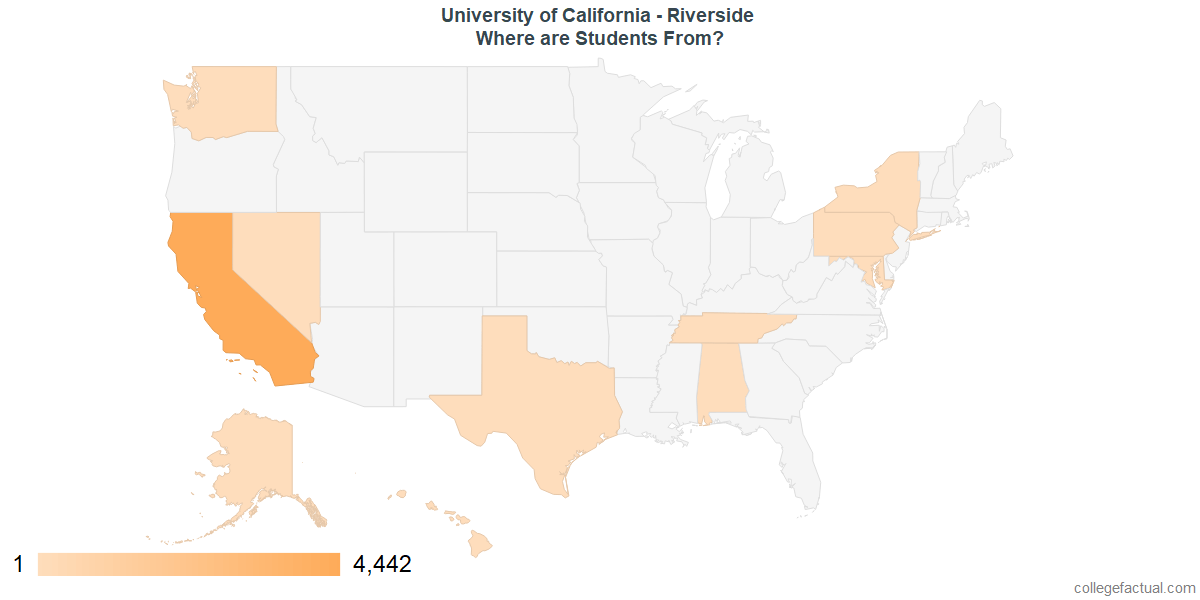 Presence of International Students at UCR

There is a mid sized group of about 1,867 international students at University of California - Riverside representing at least 46 countries. Click on the UCR International Student Page for more information.

The typical student is between the ages of 18-21. At University of California - Riverside, 68.0% of students are in the age 18 to 21 bracket, compared to the national average of 60%. We rank UCR #3,423 in the nation for student age diversity.

Analyze the age range of UCR students with the following chart. 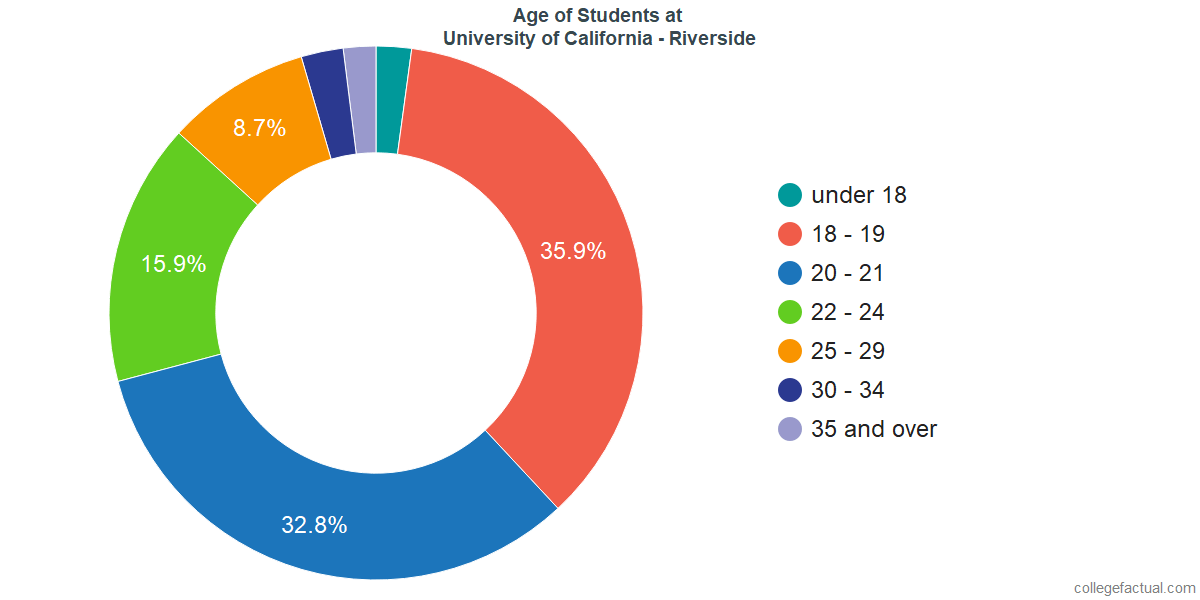 Continue Your Research on UCR