See current and forecasted tuition charges for UofSC, and how these charges compare to the U.S. average.

See how tuition and fees at University of South Carolina - Columbia measure up to other universities and colleges and learn how to effectively get prepared for probable college tuition increases.

How Does University of South Carolina - Columbia Contrast With Other Schools?

The following table outlines how UofSC measures up to other schools nationally, regionally and by state.

For more details, check out UofSC Cost Per Credit Hour.

University of South Carolina - Columbia tuition and fees for out-of-state students grew at an average annual rate of 2.9% over the past 5 years. In the same time period, tuition grew by 2.9% and fees grew by 0.0%. Based on this, we estimate the cost of tuition and fees for this year will total $34,915.

For a two-year degree, we estimate tuition and fees will be $70,847 and $145,877 for a four-year degree. This does not include additional costs including room and board, books, and transportation.

Look at what future tuition and fees will be for UofSC students including residency based discounts in the following chart. 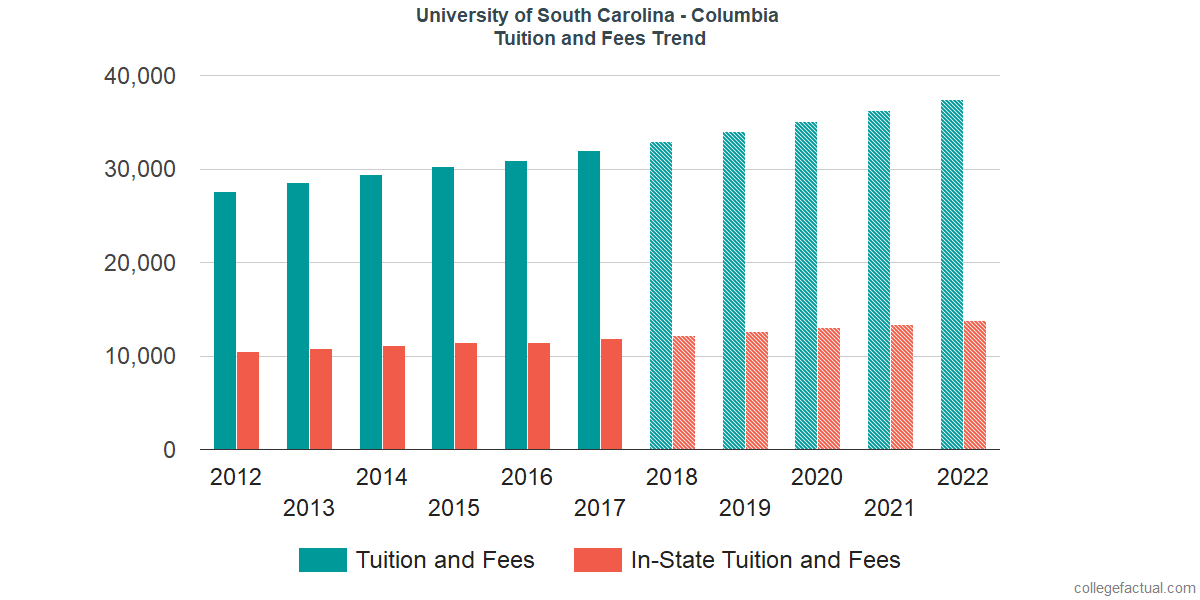 Pay attention to how much college fees and tuition is increasing annually. At a lot of schools students will end up spending more money on their final year of college than they did for their first.

Get your financial questions on college clarified in our tuition & fees FAQ.

Continue Your Research on UofSC