Carnegie Mellon Demographics: How Diverse Is It?

Get the Facts on Diversity at Carnegie Mellon, Including how This School Compares to Others in the Country.

This School has Superb Diversity Overall

We combine elements of racial, geographic, age and gender diversity to create a total diversity ranking for every school. 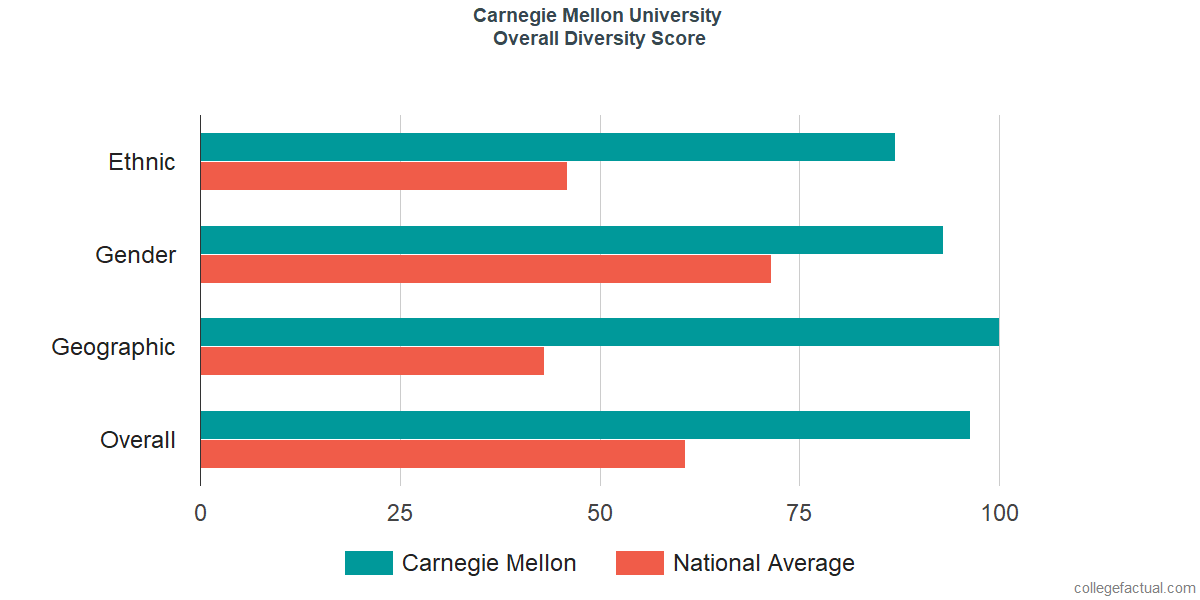 This highly diverse school may be a great place for young students to get to know other students who come from different cultures and backgrounds.

Carnegie Mellon University is ranked #477 in ethnic diversity nationwide which is far above average.

If the data is present, the following chart will show Carnegie Mellon undergraduate student diversity. 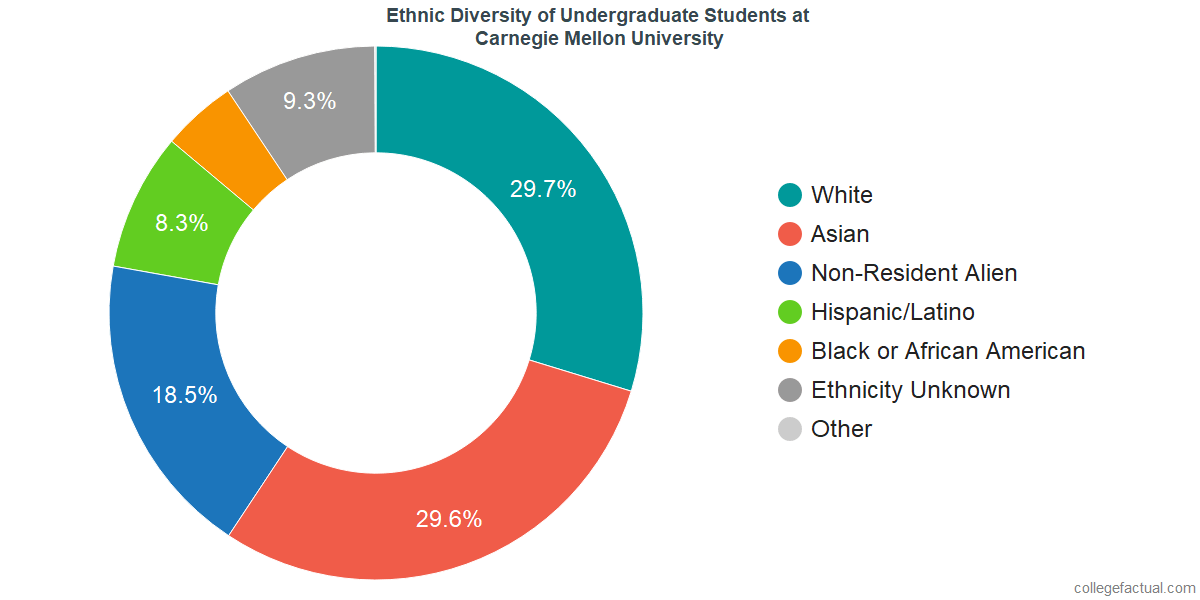 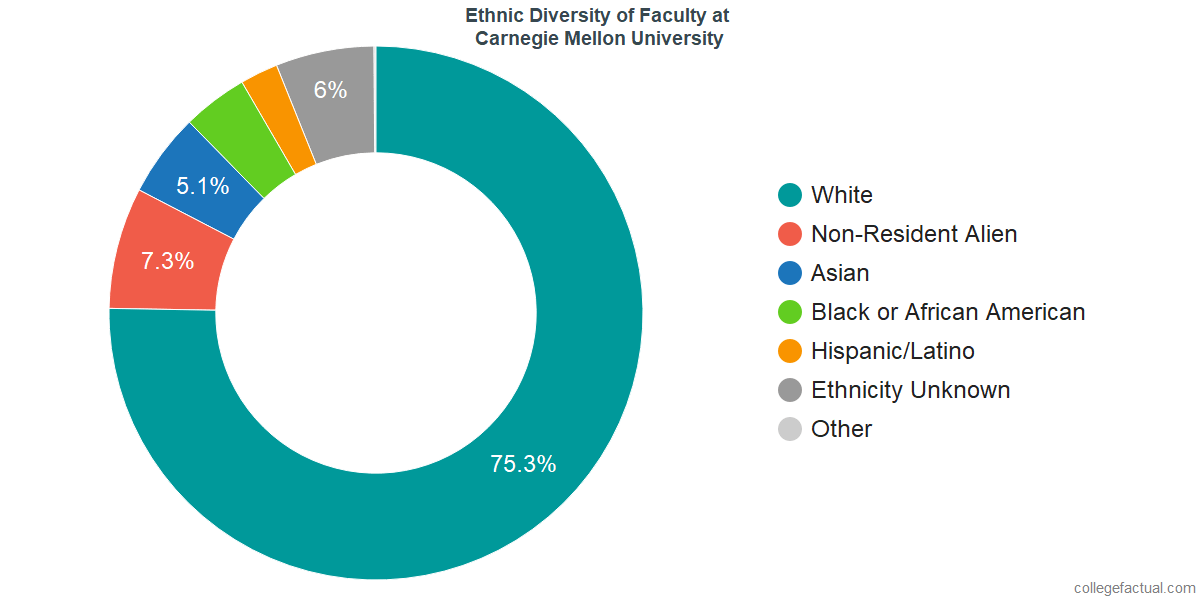 This university is ranked at #183 in male to female diversity nationwide. The undergraduate population is comprised of 3,370 males and 3,219 females.

When available, the chart below will include the male to female ratio among Carnegie Mellon's undergraduate students.

The male to female ratio at Carnegie Mellon is excellent. 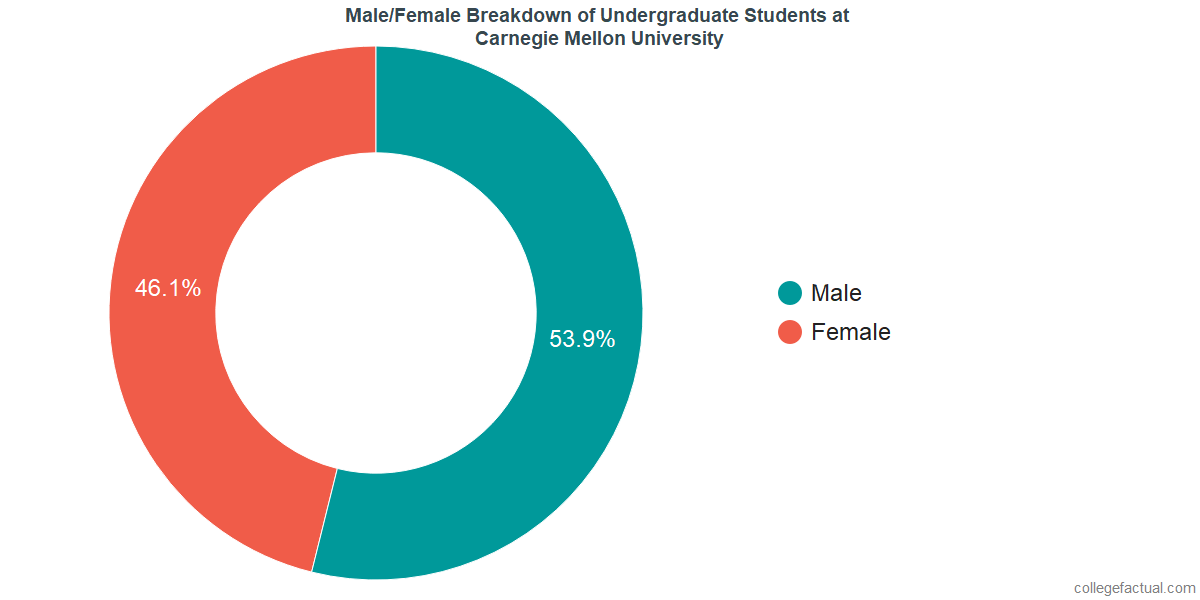 When available, the chart below will include the male to female ratio among Carnegie Mellon's faculty.

The ratio of male to female faculty at Carnegie Mellon is on par with national averages. 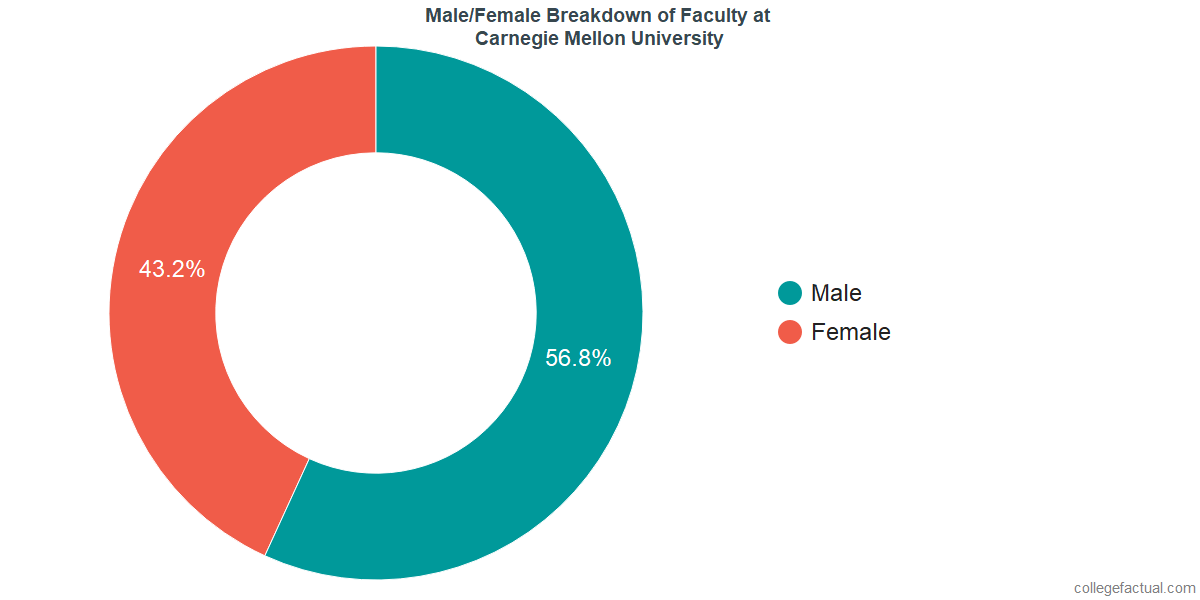 We've decided upon the geographic diversity of each school by looking at where students lived before they came to this school. 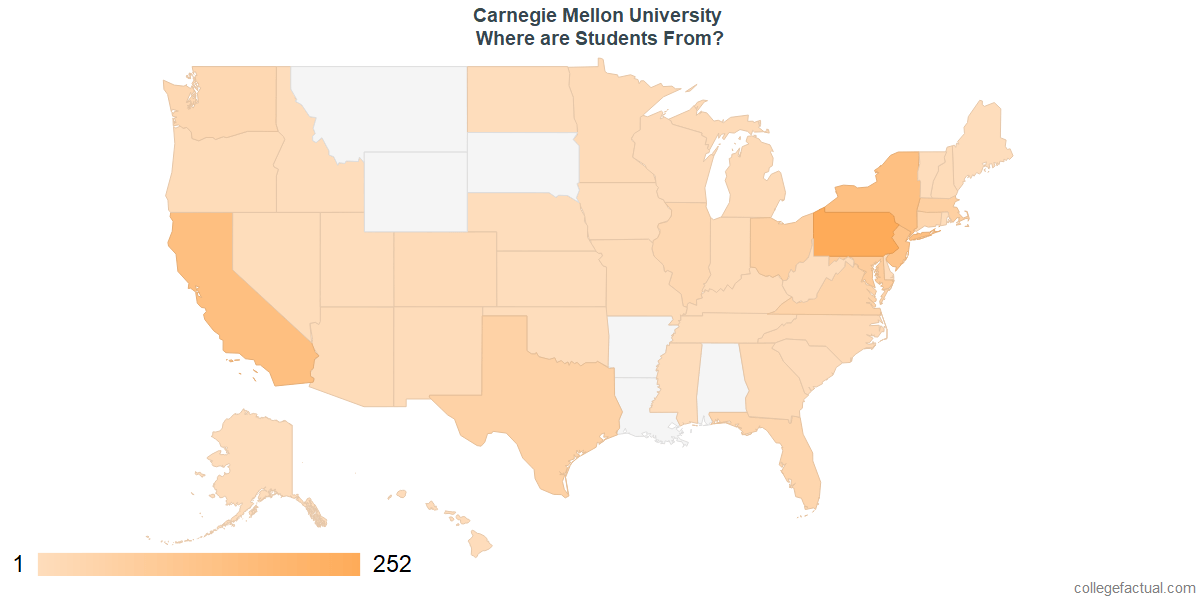 The "traditional" college student is thought to be between the ages of 18-21. At Carnegie Mellon University, 42.5% of students are in the age 18 to 21 bracket, compared to the national average of 60%. We rank Carnegie Mellon #2,901 in the nation for student age diversity.

Take a Look at Age Diversity at Carnegie Mellon

The chart below displays the age range of the student body at Carnegie Mellon. 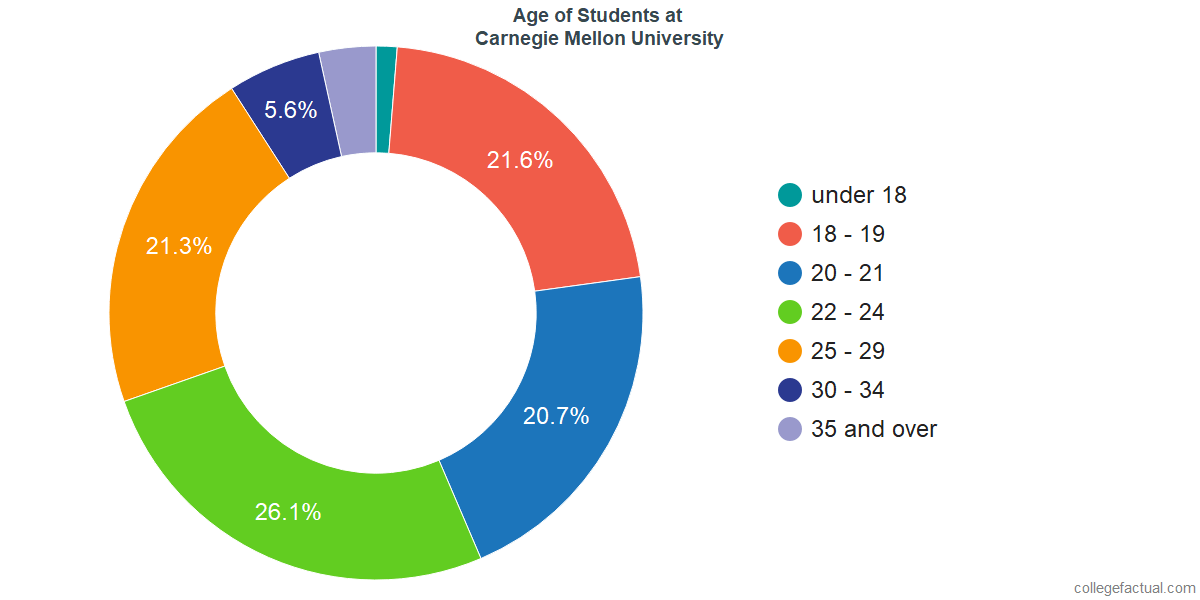 Continue Your Research on Carnegie Mellon