Find out what the standard tuition charge is for U.S. students around the country, and how CUNY City College stacks up.

Get a good understanding of the tuition charges associated with CUNY City College so that you can prepare effectively for the next 4-6 years. Check out the stats here to learn how CUNY City College's cost stacks up to other colleges and universities and if you should prepare for tuition increases.

For nationwide, regional and statewide comparisons, look at the table below to see how CUNY City College measures up to other schools.

Visit the Cost Per Credit Hour page for more information.

Tuition and Fees for out-of-state students attending CUNY City College grew at an average annual rate of 3.8% within the last 5 years. In the same time period, tuition grew by 3.6% and fees grew by 0.0%. Due to this, we estimate the cost of tuition and fees for this year will total $14,882.

For a two-year degree, we estimate tuition and fees will be $30,336 and for a four year degree to be $63,054. This does not include additional costs such as room and board, transportation, and books. 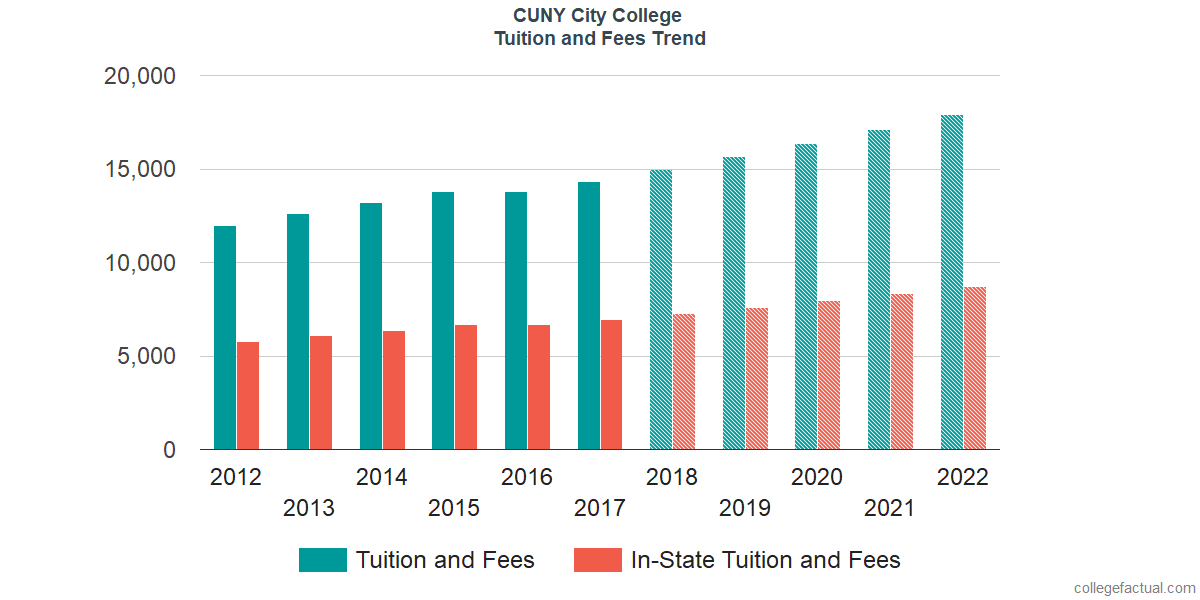 Be aware of how much college fees and tuition is increasing every year. At most schools students will end up spending more money on their final year of college than they did for their first.

Get our answers to frequently asked questions and more information about college tuition and fees.