If you want to know more about the Dawson Community College sports programs, you’ve come to the right place. Here we present data on the program as a whole as well as information about each varsity sport offered at the school.

A total number of 110 student athletes participate in varsity sports at the school, 59 of whom are male and 51 are female. On average, these students receive around $3,408 in sports-related student aid, which can help defray a lot of college costs. Breaking it down by gender, the average amount of sports aid awarded to men is $2,971 and the average awarded to women is $3,913. 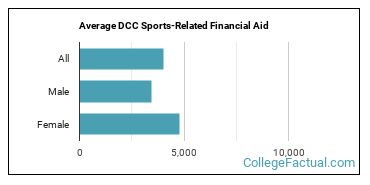 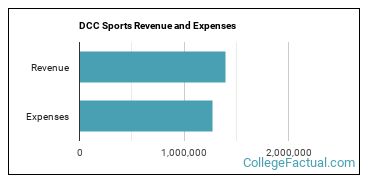 The net profit or loss can vary with each sport. For example, sports like basketball and football are often moneymakers for a school while other sports could be operating at a deficit. The chart below compares the amount of money made (or lost) for each of the men’s sports offered at DCC. 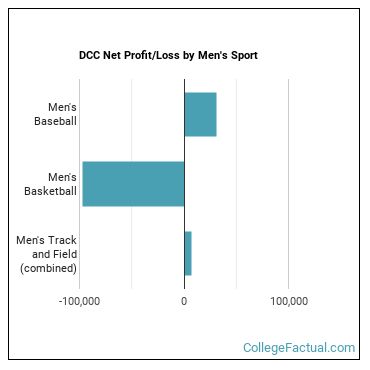 Likewise, money made for women’s athletics can vary quite a bit by sport. Here’s what the comparison looks like for women’s sports at DCC. 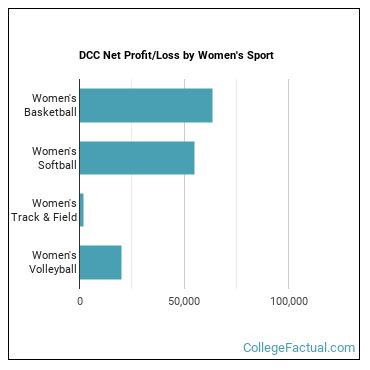 A Note About DCC Sports Rankings

Below we give a summary of the data we have for each sport at DCC, including rankings when the school made it to one of our Best Schools for a Sport lists. College Factual’s sports rankings are a little different than the other ones you’ll find on the Internet, since our analyses take both athletics and academics into account. This ensures that while you’re participating in sports programs at the school, you’ll also be getting a solid education.

The 28 players of the DCC men’s baseball team are led by a head coach and 2 assistant coaches. 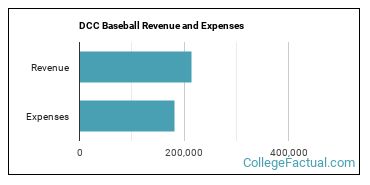 There are 15 players on the DCC women’s basketball team, and they are led by one head coach and 2 assistant coaches.

On the money side of things, the DCC women’s basketball program brought home $374,326 in revenue and paid out $374,326 in total expenses. So, the program broke even. It’s unfortunate that it didn’t make any money, but, then again, it didn’t lose any money either.

The 4 players of the DCC men’s cross country team are led by a head coach and an assistant coach. 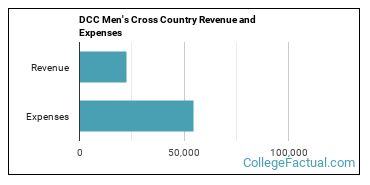 There are 1 players on the DCC women’s cross country team, and they are led by one head coach and one assistant coach.

In terms of financials, the DCC women’s cross country program paid out $13,686 in expenses and made $19,725 in total revenue. This means the program turned a profit, making $6,039 for the school. This is great since many college sports programs lose money. 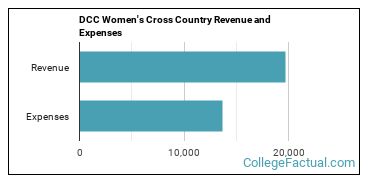 The head coach and assistant coach train and lead the 19 players of the DCC women’s softball team. 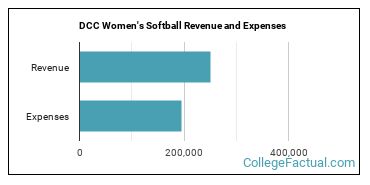 The 13-member women’s volleyball team at DCC is kept in shape by one head coach and one assistant coach. 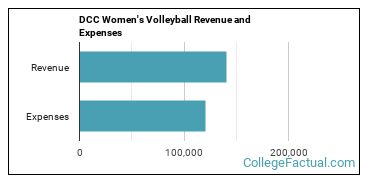