Educate Yourself on Diversity at Ithaca, Including how Similar This School is to Others in the Nation.

We combine factors of racial, geographic, age and gender diversity to create an overall diversity grade for each school.

Ithaca College is considered to be very diverse across all factors, and is ranked #505 nationwide. 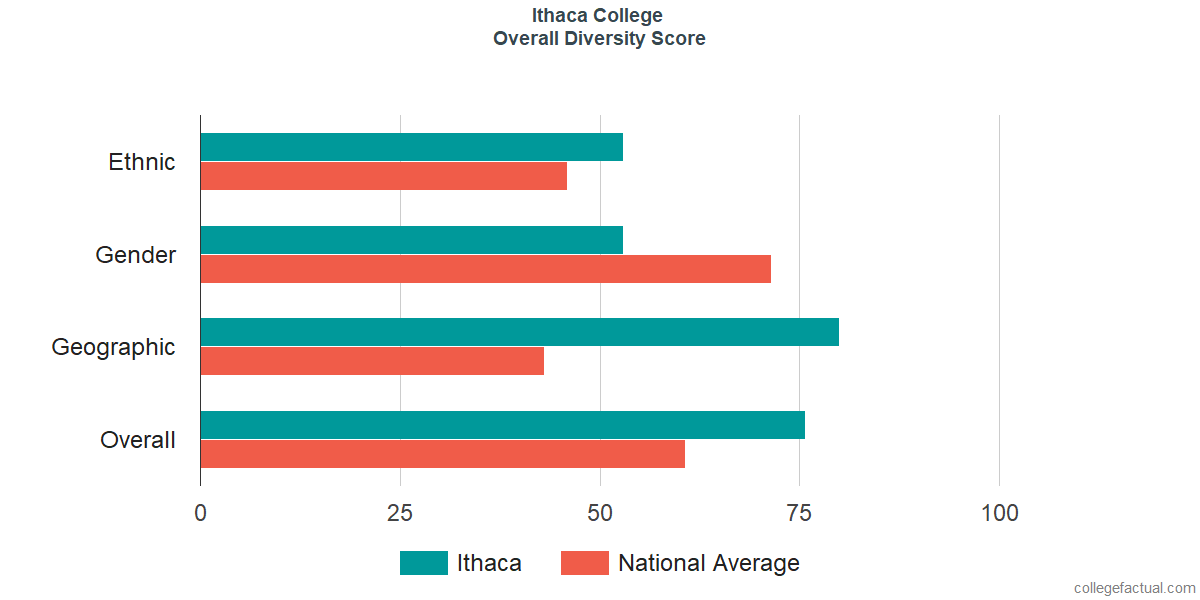 Racially diverse college campuses allow students to meet and learn with others from different racial and ethnic backgrounds. It also means the school is working to fairly represent and support all students.

Ithaca College is ranked #2,331 in ethnic diversity nationwide with a student body makeup that is close to the national average.

When available, the chart below will display racial diversity among the undergraduate students at Ithaca.

Ithaca's ethnic diversity is on par with the national average. 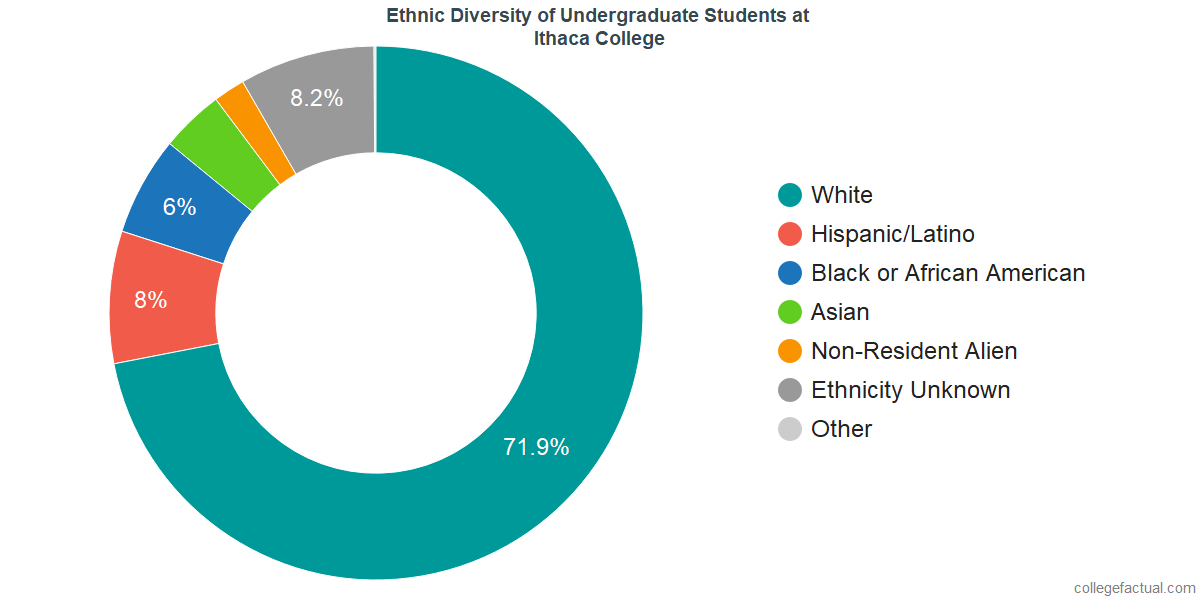 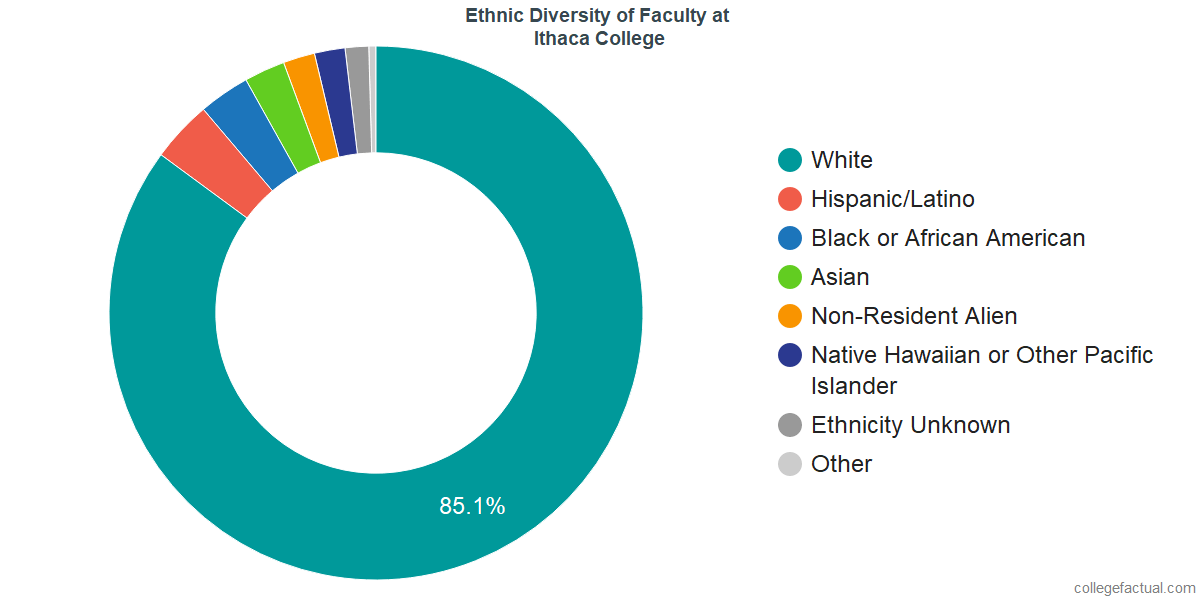 At Ithaca College, the disparity between men and women on campus is lower than the national average. The undergraduate student body at Ithaca is equally balanced.

This college is ranked at #1,162 in male to female diversity nationwide. The undergraduate population is comprised of 2,618 males and 3,483 females.

If available, the chart below will include the male to female distribution among Ithaca's undergraduate students.

The disparity between the counts of men and women at Ithaca College is lower than the national average. 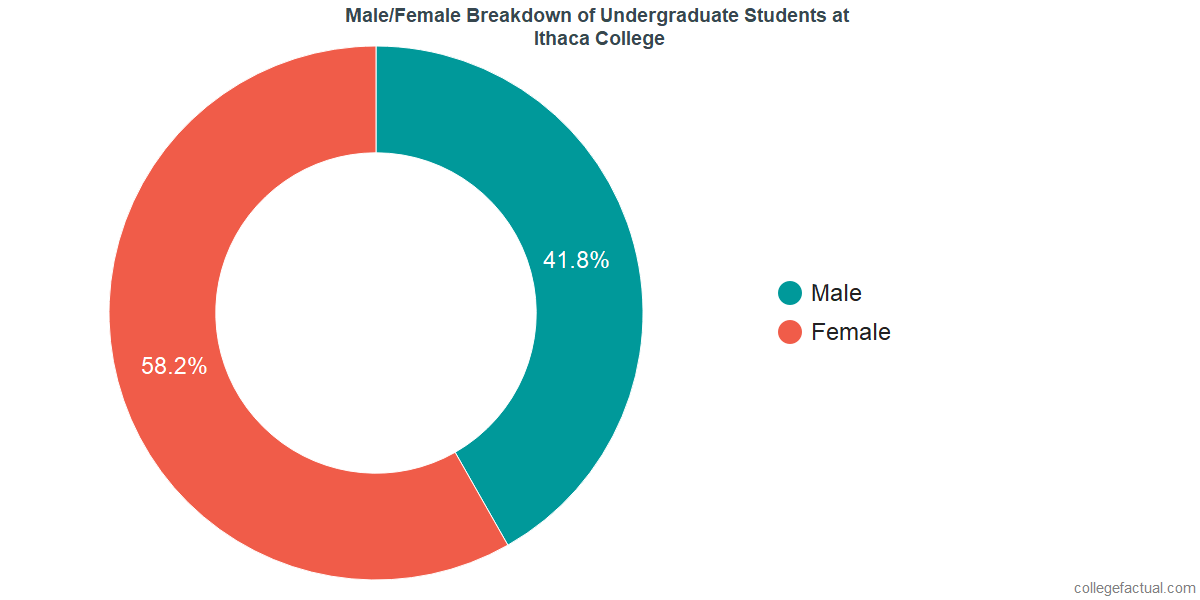 If available, the chart below will include the male to female distribution among Ithaca's faculty.

The ratio of male to female faculty at Ithaca is excellent. 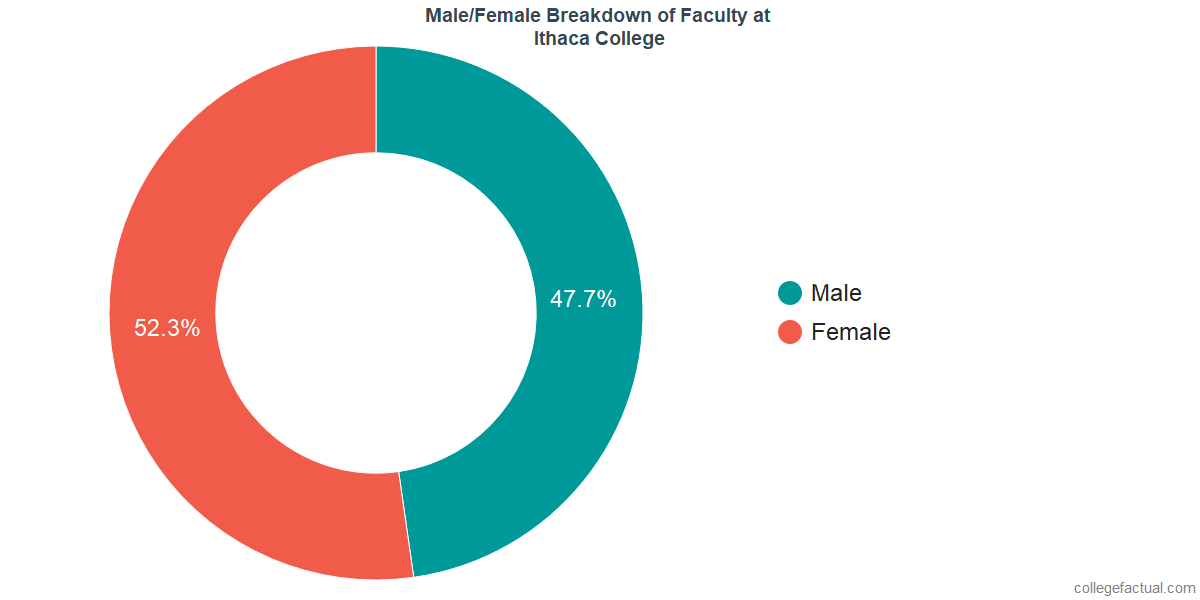 We've calculated the geographic diversity of each school by looking at where matriculated undergraduates lived before they attended college.

The undergraduate student body is split among 37 states (may include Washington D.C.), as shown in the chart below. 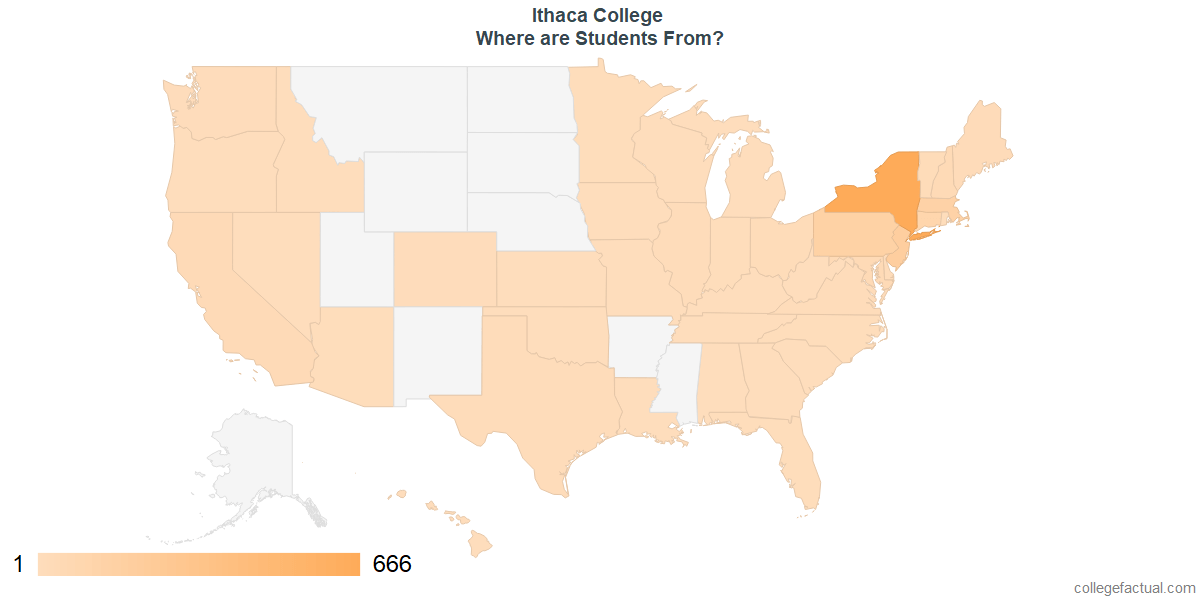 Presence of International Students at Ithaca

There is a small community of about 130 international students at Ithaca College representing 34 countries. For all the details, go to the Ithaca International Student Page.

The traditional student is between the ages of 18-21. At Ithaca College, 86.2% of students are in the age 18 to 21 bracket, compared to the national average of 60%. We rank Ithaca #3,848 in the nation for student age diversity.

Analyze the age range of Ithaca students with the following chart. 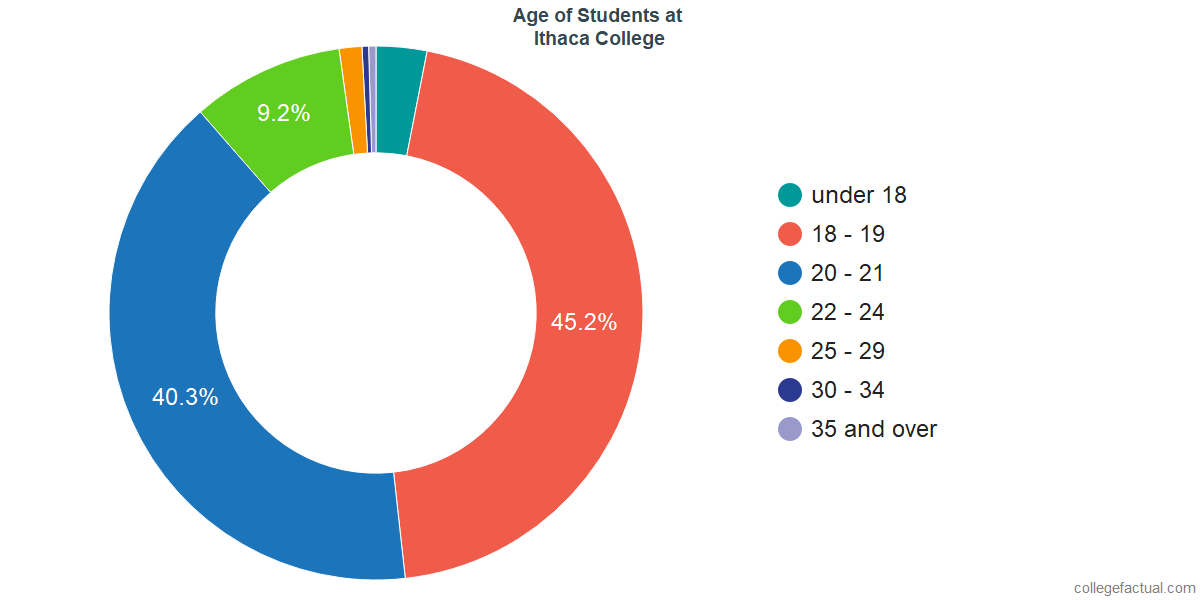 Continue Your Research on Ithaca