Macalester Demographics: How Diverse Is It?

Get Started Learning About Diversity at Macalester, and how it is Similar to Other Schools in the U.S..

We combine elements of racial, geographic, age and gender diversity to create a total diversity grade for every school.

Macalester College is thought to be highly diverse across all factors, and is ranked #130 nationwide. 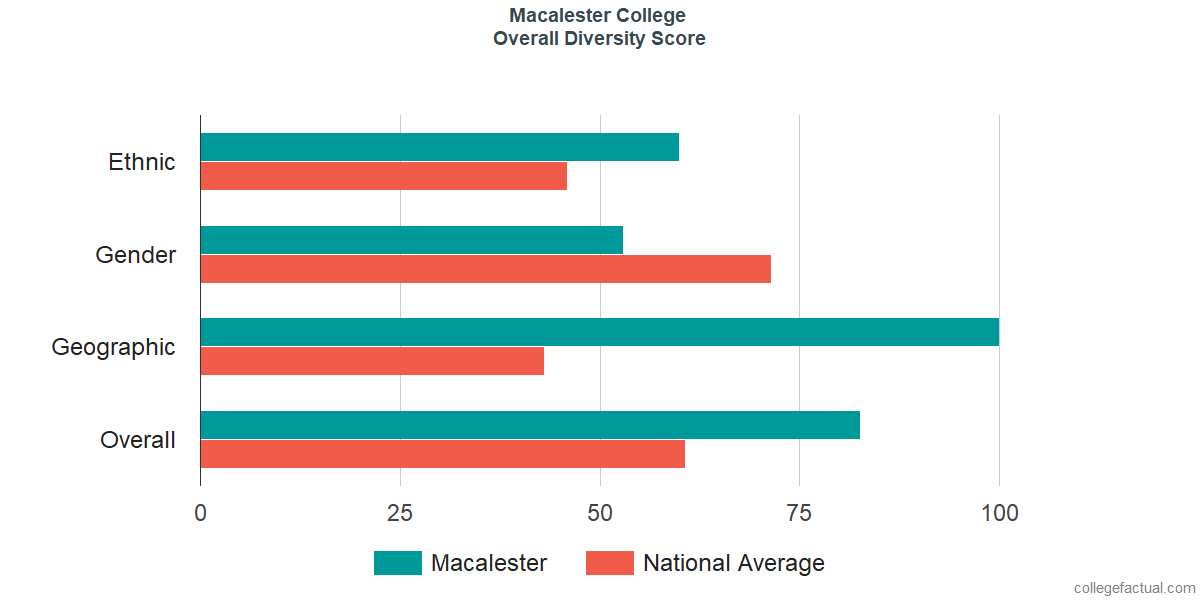 Ethnically-diverse schools offer students the chance to study and learn from undergraduates from racial and ethnic groups that are unique from their own.

Macalester College is ranked #1,556 in ethnic diversity nationwide with a student body composition that is above the national average.

If the data is present, the following chart will show Macalester undergraduate student diversity. 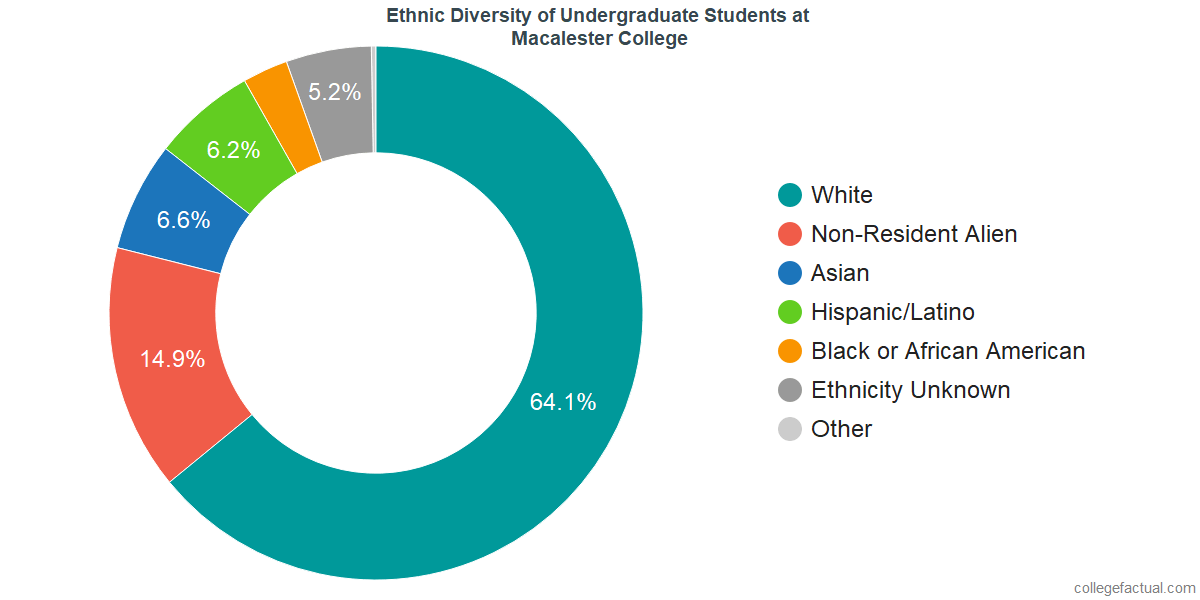 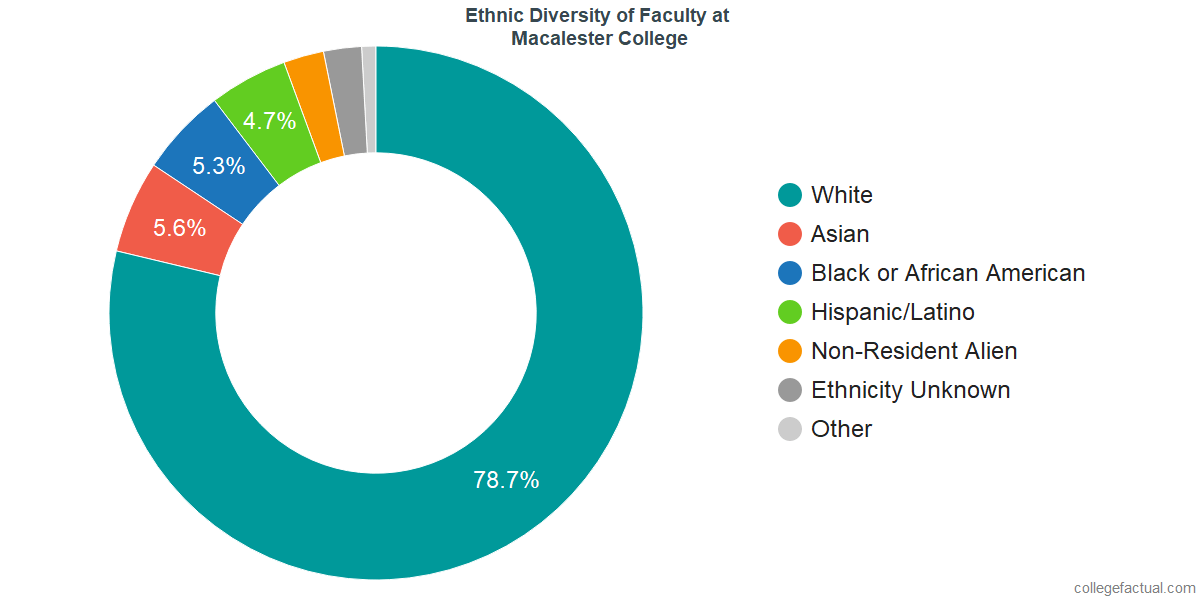 At Macalester College, the disparity between men and women on campus is on par with the national average. The undergraduate student body at Macalester is equally balanced.

This college is ranked at #1,594 in male to female diversity nationwide. The undergraduate population is comprised of 879 males and 1,295 females.

When available, the chart below includes the male to female distribution among Macalester's undergraduate students.

The disparity between the counts of men and women at Macalester College is on par with the national average. 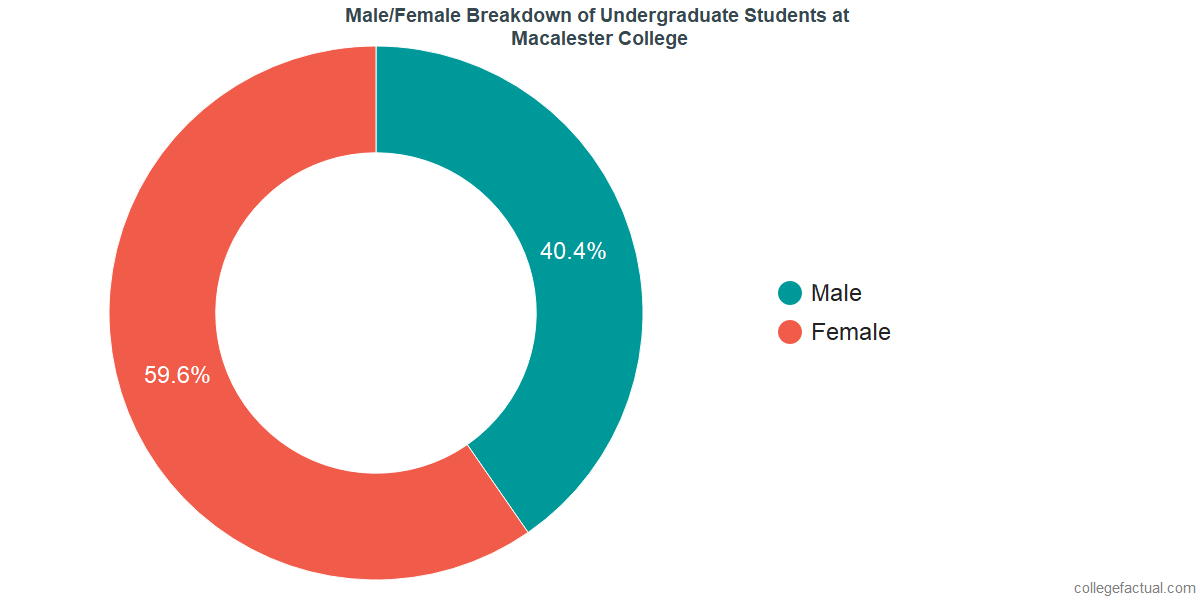 When available, the chart below includes the male to female distribution among Macalester's faculty.

The ratio of male to female faculty at Macalester is excellent. 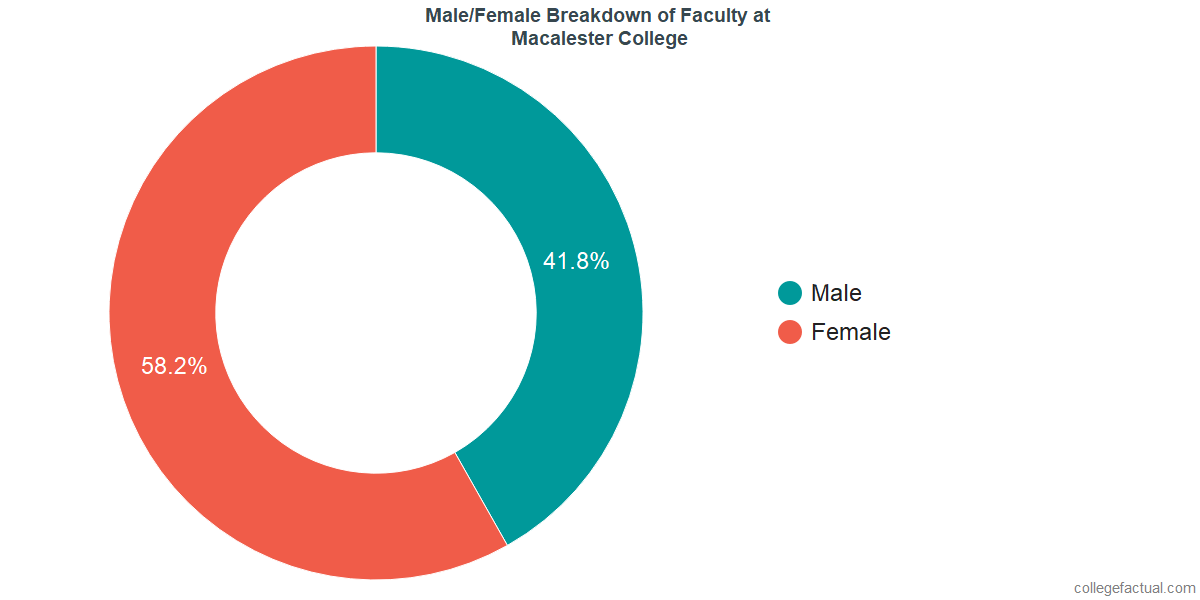 We've calculated the geographic diversity of each school by looking at where students lived before they came to this school.

The undergraduate student body is split among 47 states (may include Washington D.C.), as shown in the chart below. 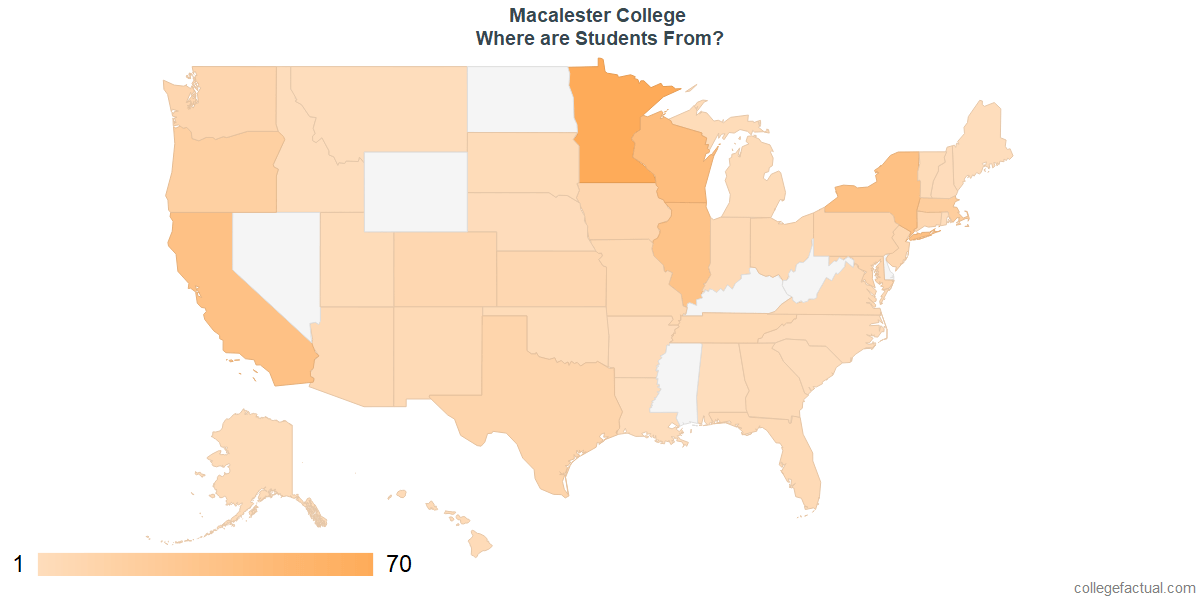 There is a relatively large community of about 343 international students at Macalester College representing at least 36 countries. For more information, see the Macalester International Student Page.

Would you prefer a school where the student body represents a mix of different ages and generations, or would you rather have a school where most students are the same age as you?

The "traditional" college student is thought to be between the ages of 18-21. At Macalester College, 90.5% of students are in the age 18 to 21 bracket, compared to the national average of 60%. We rank Macalester #3,993 in the nation for student age diversity.

Analyze the age distribution of Macalester students with the following chart. 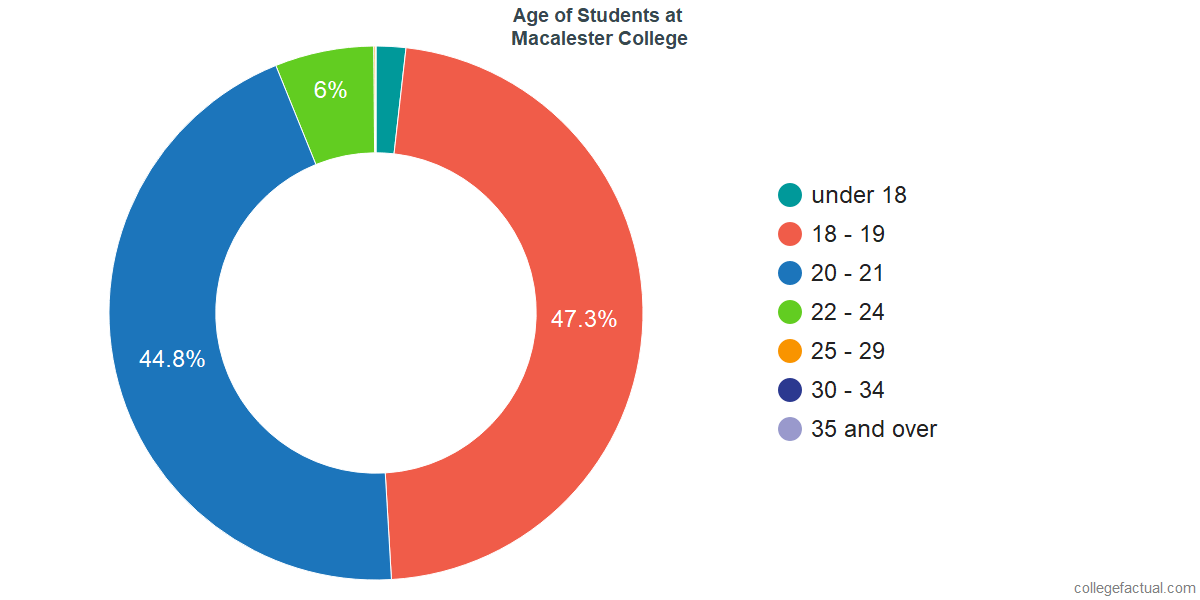 Continue Your Research on Macalester