Educate Yourself on Diversity at RPI, Including how Similar This School is to Others in the Nation.

This School has Superb Overall Diversity

We combine elements of racial, geographic, age and gender diversity to come up with a total diversity grade for every school.

Quite diverse across all factors, Rensselaer Polytechnic Institute is ranked #296 nationwide. 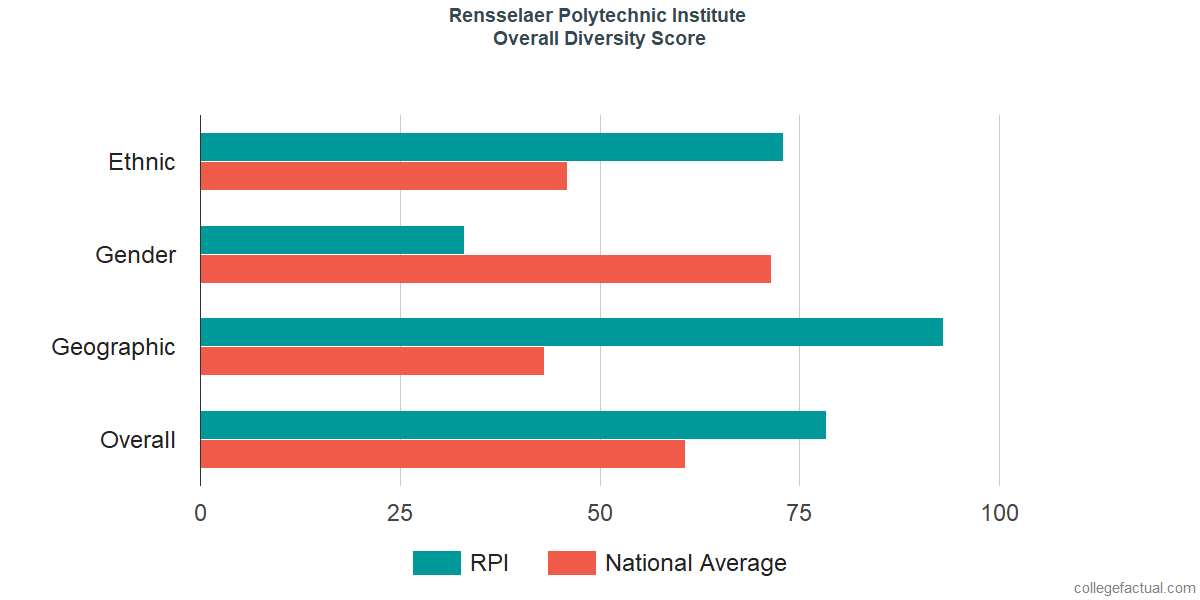 Ethnically-diverse college campuses offer students the opportunity to study and learn with undergraduates from racial and ethnic groups that are unique from their own.

Rensselaer Polytechnic Institute is ranked #609 in ethnic diversity nationwide with a student body composition that is above the national average.

This chart will display the diversity of undergraduate students at RPI if it is available. 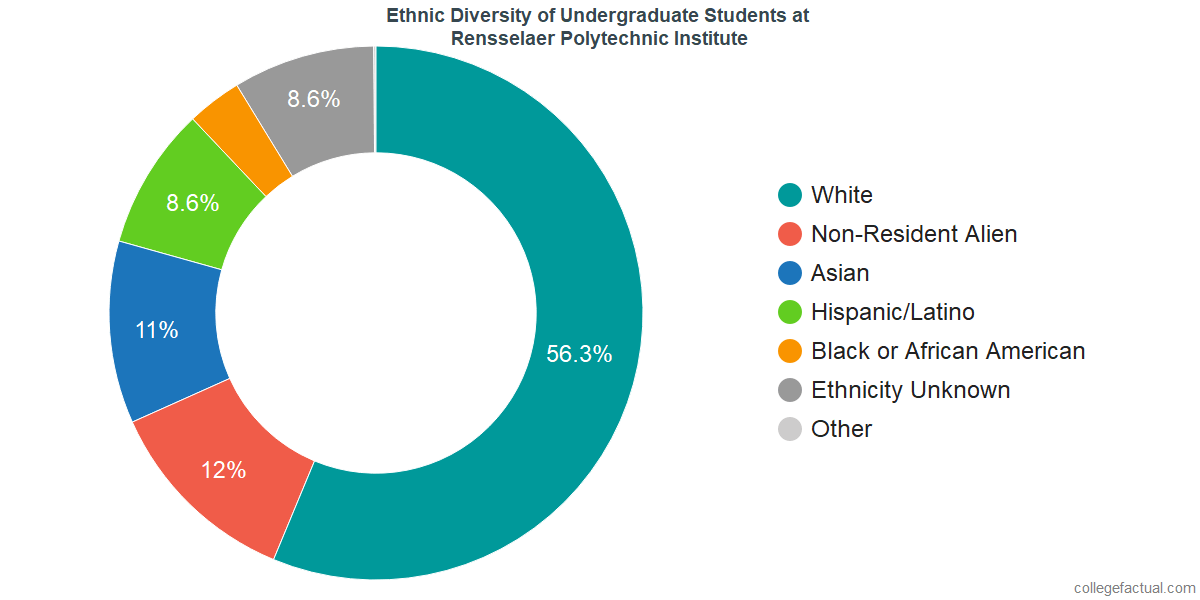 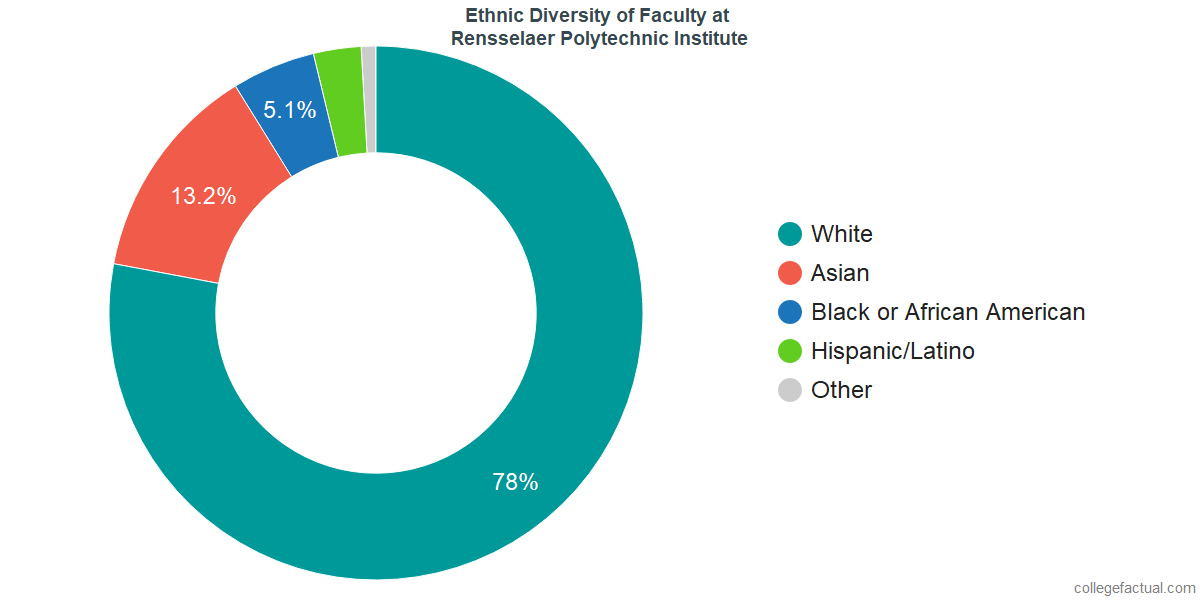 If you're seeking a college with an equal number of male and female students, this may not be the choice for you.

At Rensselaer Polytechnic Institute, the disparity between men and women on campus is higher than the national average. The undergraduate student body at RPI is mostly male.

This institution is ranked at #1,710 in male to female diversity nationwide. The undergraduate population is comprised of 4,325 males and 2,041 females.

If available, the chart below includes the male to female ratio among RPI's undergraduate students.

The disparity between the counts of men and women at Rensselaer Polytechnic Institute is higher than the national average. 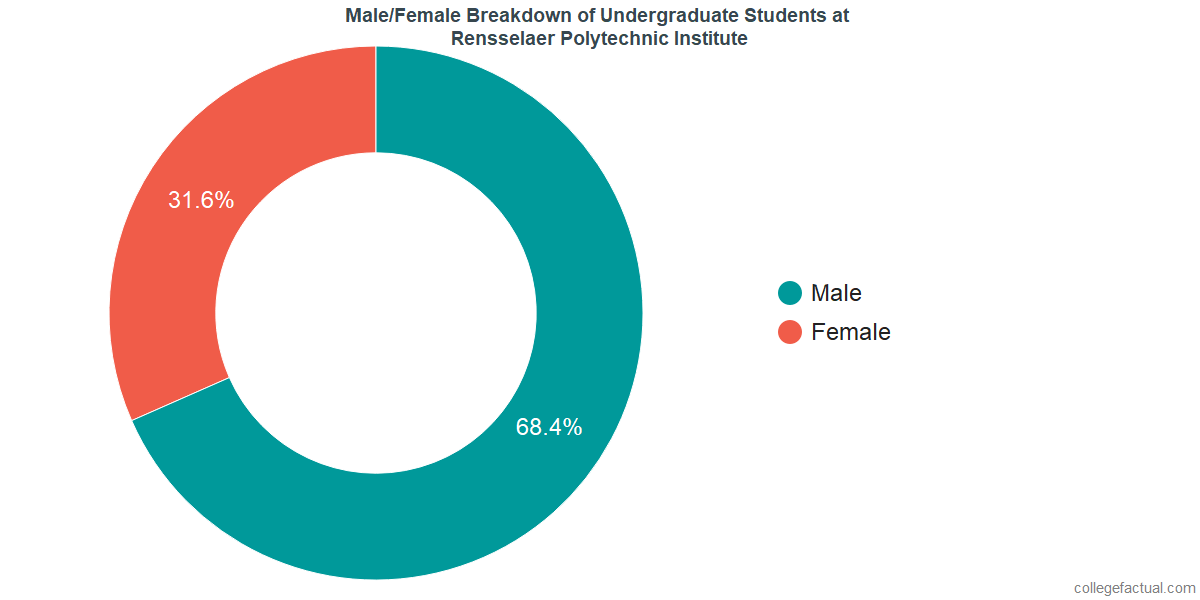 If available, the chart below includes the male to female ratio among RPI's faculty.

The ratio of male to female faculty at RPI is above average. 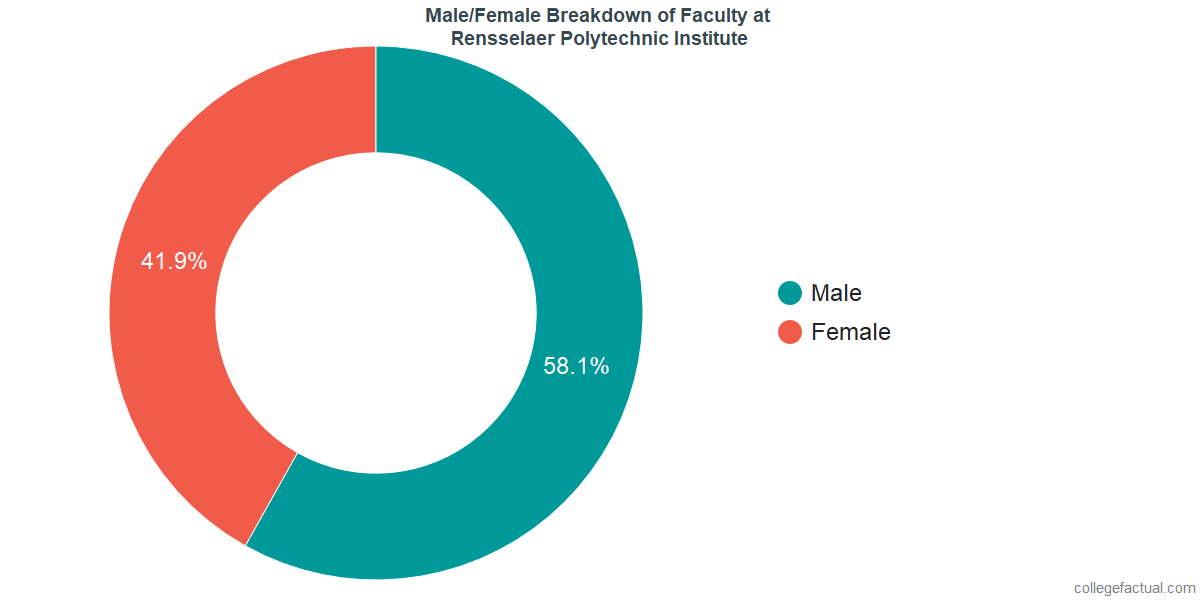 We've come up with the geographic diversity of each school by looking at where matriculated undergraduates lived before they came to this school.

The undergraduate student body is split among 48 states (may include Washington D.C.), as shown in the chart below. 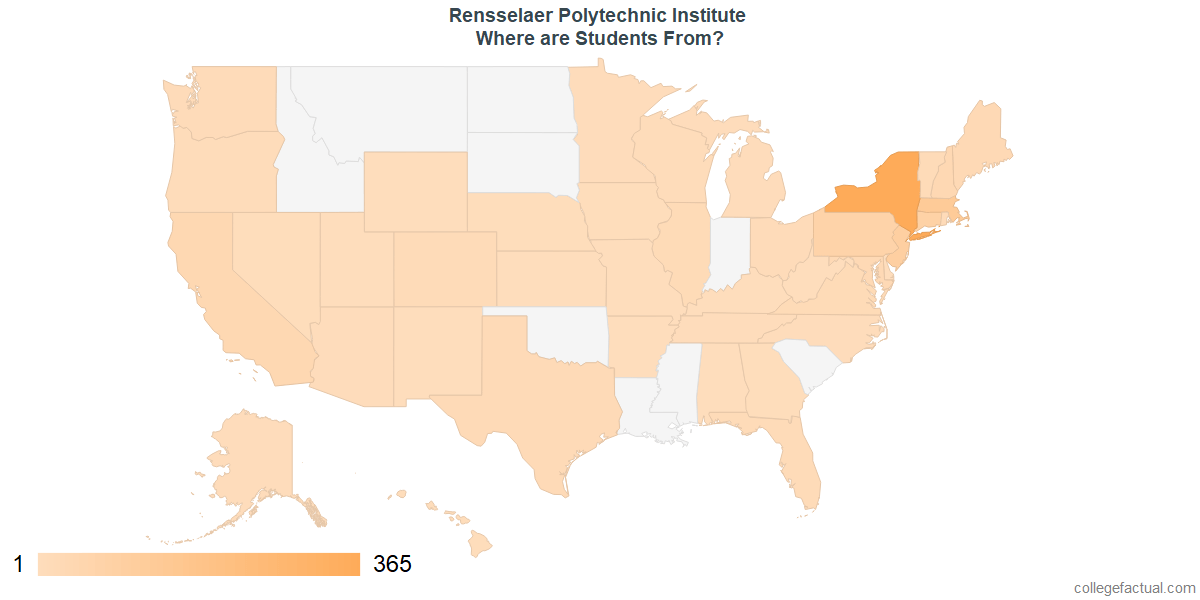 Presence of International Students at RPI

There is a relatively large community of about 1,494 international students at Rensselaer Polytechnic Institute representing at least 43 countries. For more complete information, see the RPI International Student Page.

The typical student is between the ages of 18-21. At Rensselaer Polytechnic Institute, 73.5% of students are in the age 18 to 21 bracket, compared to the national average of 60%. We rank RPI #2,290 in the nation for student age diversity.

The chart below displays the age range of the student body at RPI. 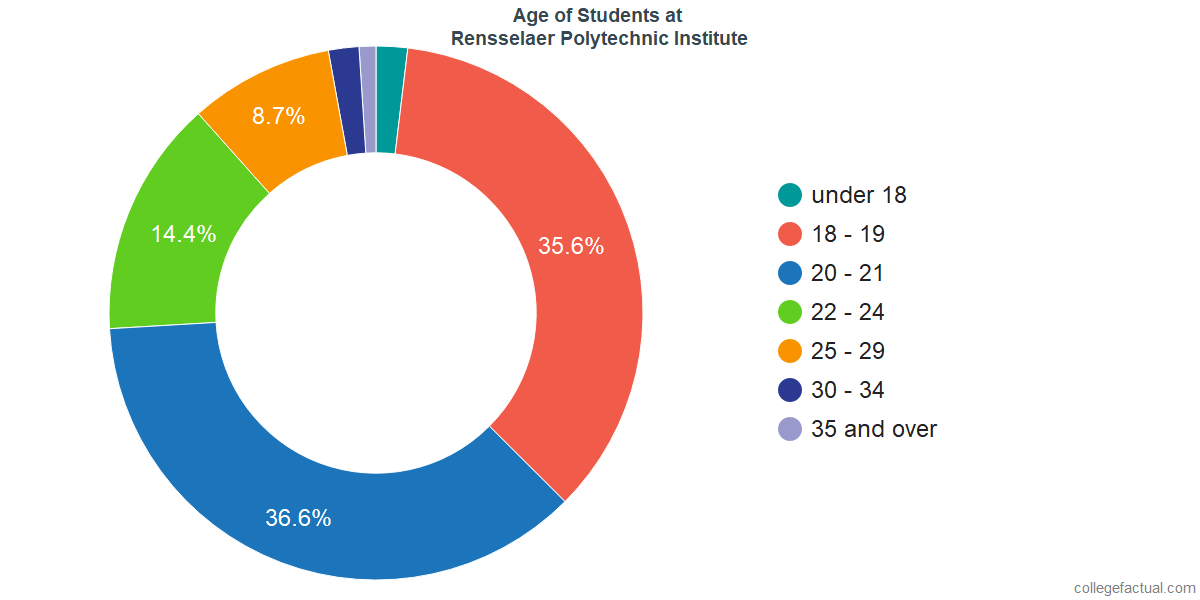 Continue Your Research on RPI