Just how much does Saint John's Seminary ask for tuition today, and how much is tuition estimated to change? How do these charges contrast with other schools? Keep reading to find out.

Understanding the tuition you'll have to pay to attend Saint John's Seminary means that you can prepare financially for your college years. Check out the stats following to learn how Saint John's Seminary's cost stacks up to other colleges and universities and if you should prepare for tuition increases.

For nationwide, regional and statewide comparisons, look at the following table to see how Saint John's Seminary measures up to other schools.

How Much Will Tuition & Fees Be for Saint John's Seminary?

Unlike public colleges, Saint John's Seminary does not provide marked down fees and tuition to students who live in state.

Fees and tuition costs quoted on this page do not include room and board, which will increase your costs. Then again, many students will end up having to pay less than full tuition after receiving financial aid and other reductions.

If costs remain firm, two years here will run you $45,300 and four years will run you $90,600. On top of that, you will probably have extra costs for room and board, transportation, and books. 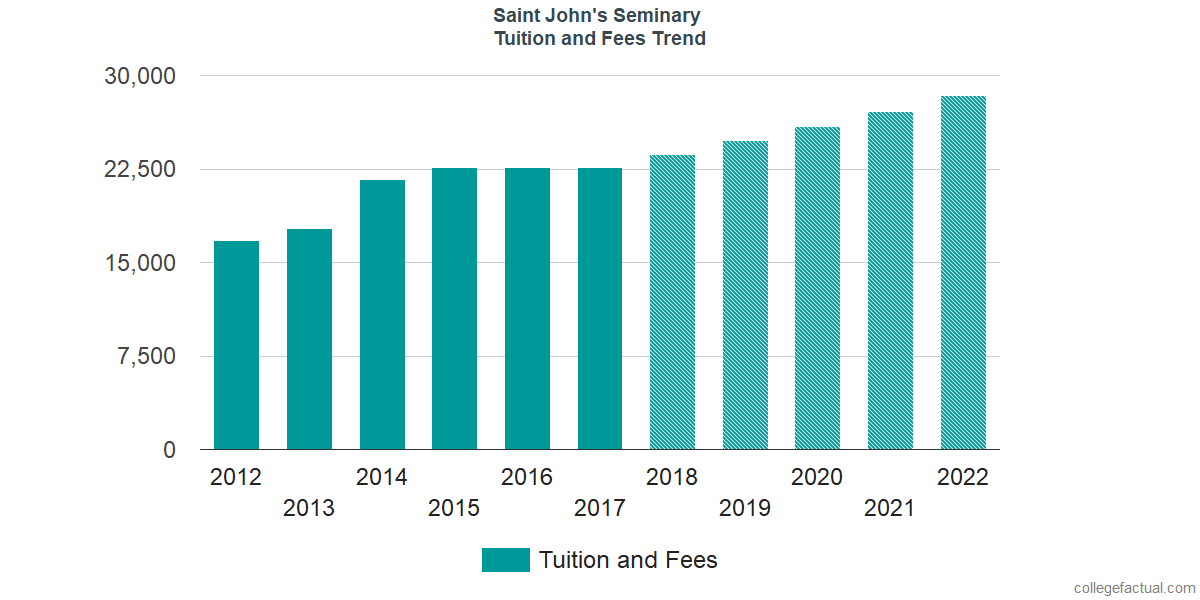 Take note of how much college fees and tuition is increasing annually. At most schools students will end up spending more money on their final year of college compared to what they did for their first.

Discover answers to your finance problems in the tuition & fees FAQ.