Seattle U Demographics: How Diverse Is It?

Get the Facts on Diversity at Seattle U, Including how Similar This School is to Others in the Country.

We combine factors of racial, geographic, age and gender diversity to create an overall diversity grade for each school.

Highly diverse across all factors, Seattle University is ranked #112 nationwide. 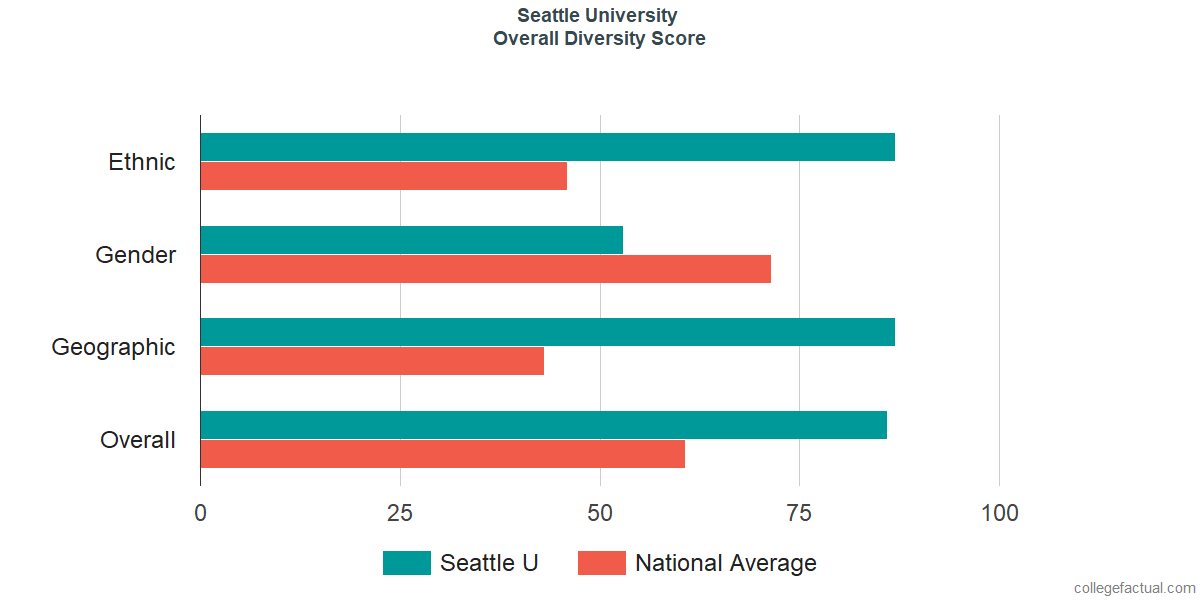 Many students value the opportunity to meet and learn from different racial and ethnic groups, which is possible at a diverse institution such as this one.

Sitting at #206, Seattle University has received an excellent ranking for ethnic diversity nationally.

Take a Deeper Look at Racial Diversity at Seattle U

If the data is available, the following chart will display Seattle U undergraduate student diversity. 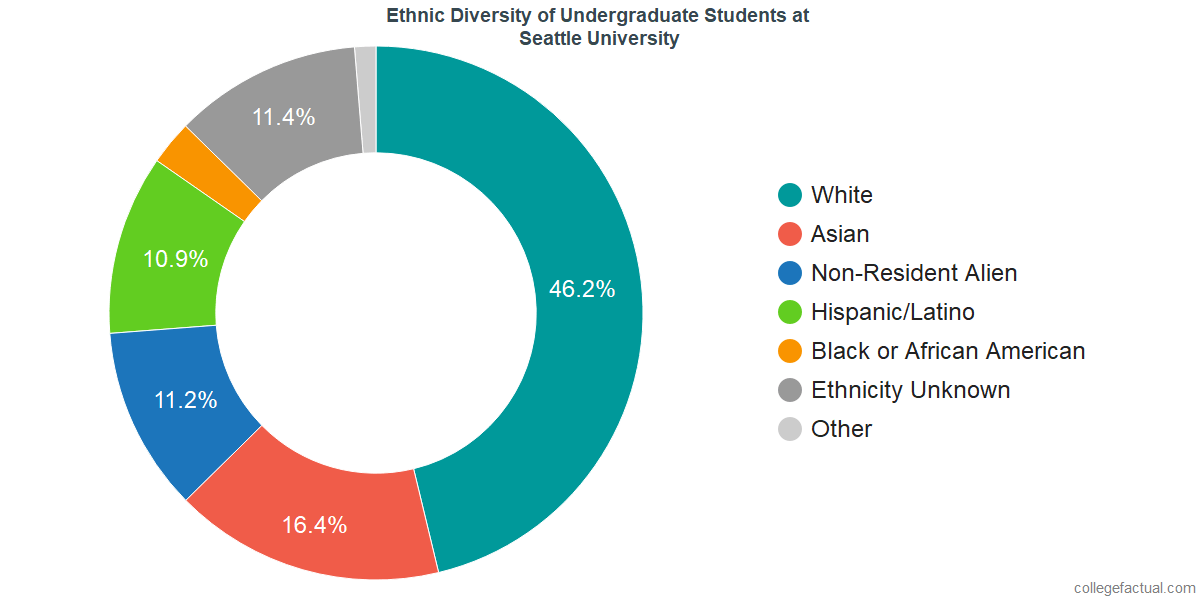 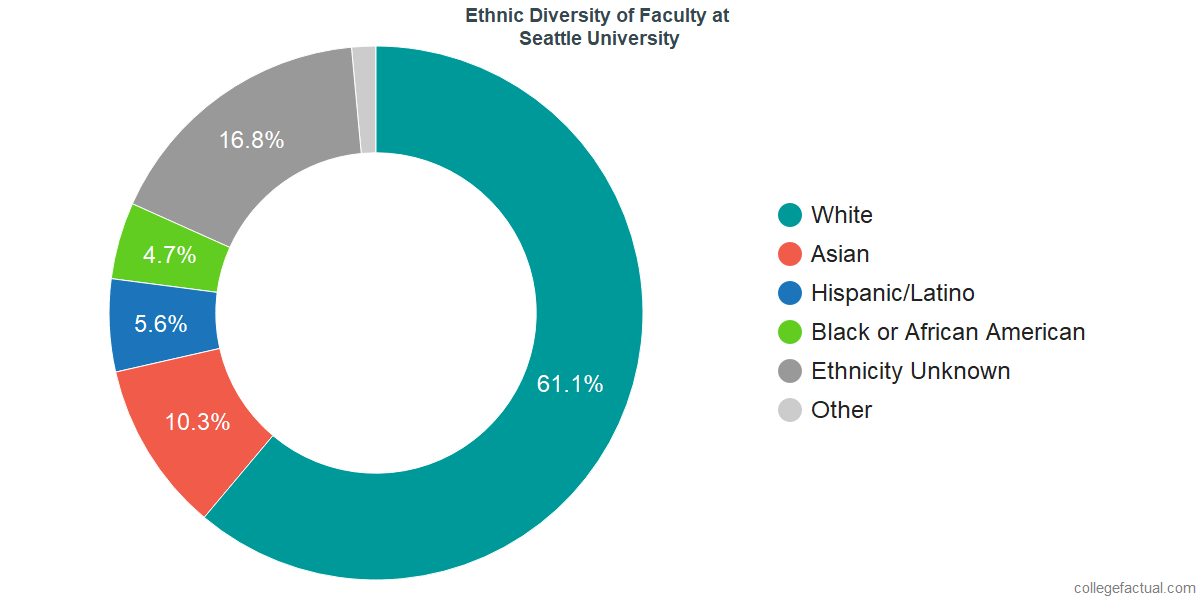 At Seattle University, the disparity between men and women on campus is on par with the national average. The undergraduate student body at Seattle U is predominantly female.

This university is ranked at #1,307 in male to female diversity nationwide. The undergraduate population is comprised of 1,755 males and 2,805 females.

Review Male/Female Diversity at Seattle U

When available, the chart below will include the male to female distribution among Seattle U's undergraduate students.

The disparity between the counts of men and women at Seattle University is on par with the national average. 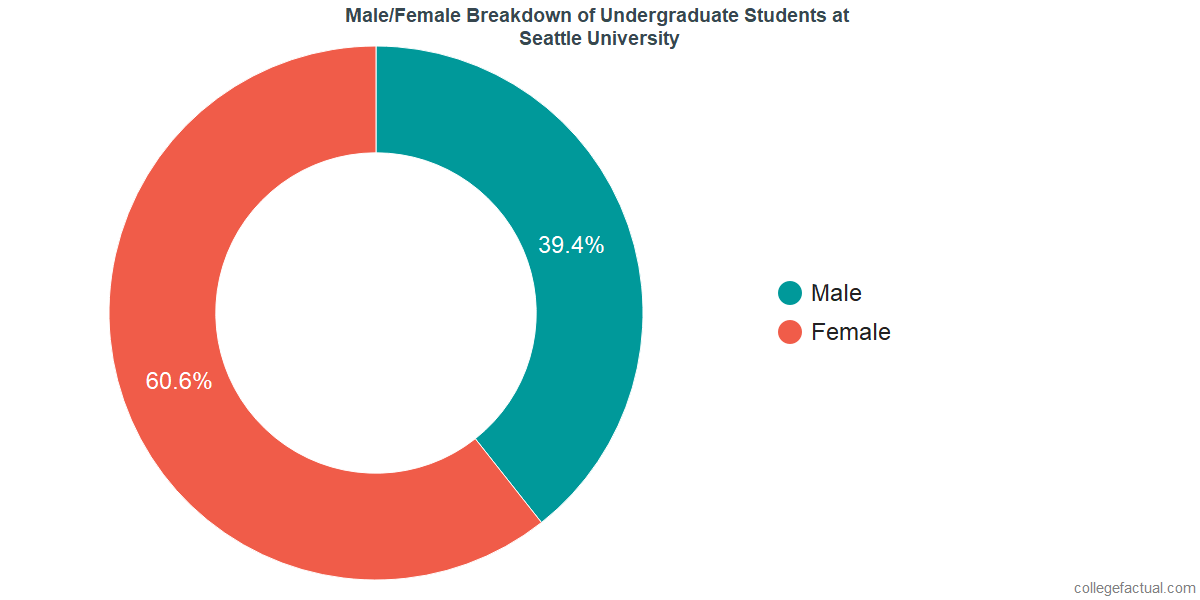 When available, the chart below will include the male to female distribution among Seattle U's faculty.

The ratio of male to female faculty at Seattle U is above average. 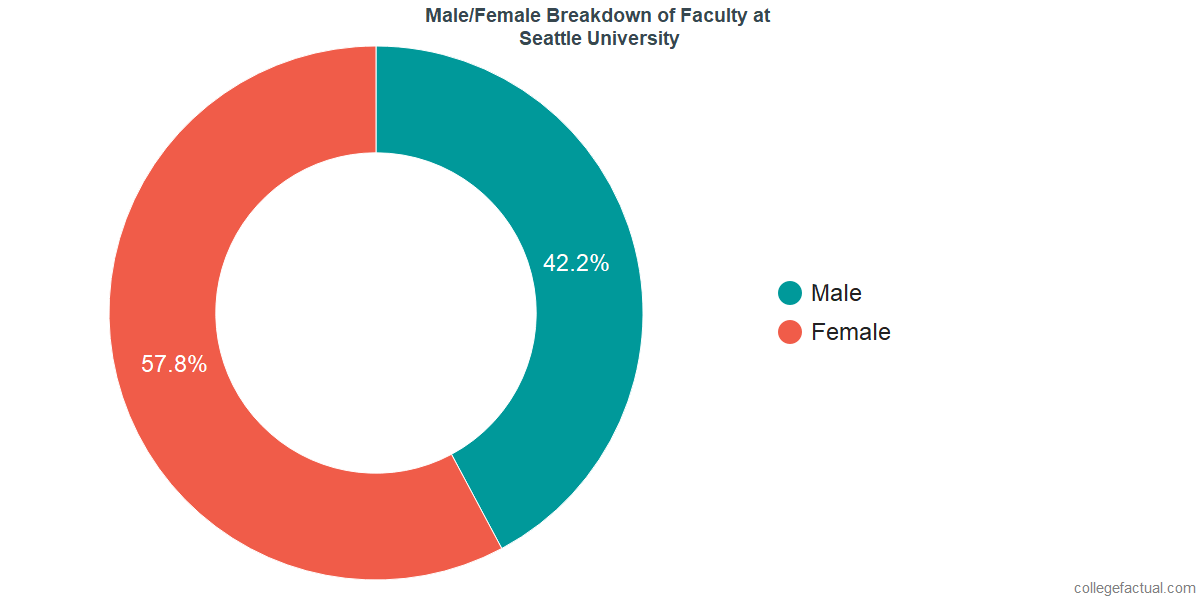 The undergraduate student body is split among 36 states (may include Washington D.C.), as shown in the chart below. 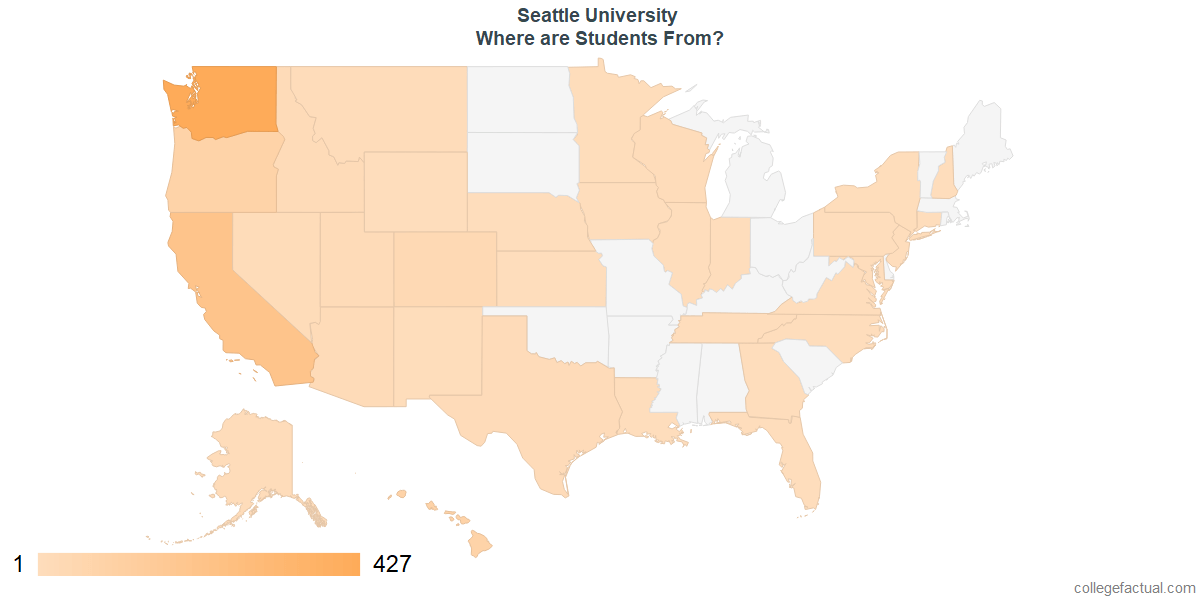 International Student Diversity at Seattle U

There is a large community of about 742 international students at Seattle University representing at least 37 countries. For more information, see the Seattle U International Student Page.

The traditional student is between the ages of 18-21. At Seattle University, 50.0% of students are in the age 18 to 21 bracket, compared to the national average of 60%. We rank Seattle U #1,010 in the nation for student age diversity.

Explore Age Diversity at Seattle U

Analyze the age range of Seattle U students with the following chart. 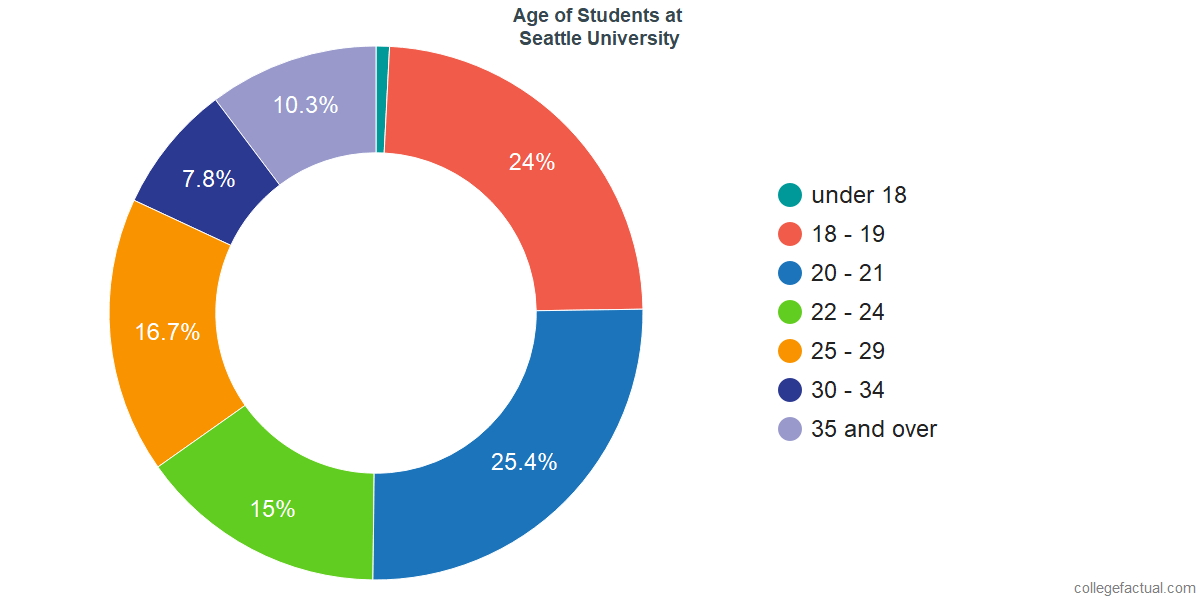 Continue Your Research on Seattle U

Students That Went to Seattle U Also Considered...