CSB Demographics: How Diverse Is It?

Start now by Learning About Diversity at CSB, and how it Compares to Other Schools in the Country.

To get the overall diversity ranking, we took the combination of racial demographics, geographic origin of students, gender and age diversity.

Below average when it comes to overall diversity, College of Saint Benedict is ranked #3,230 nationwide. 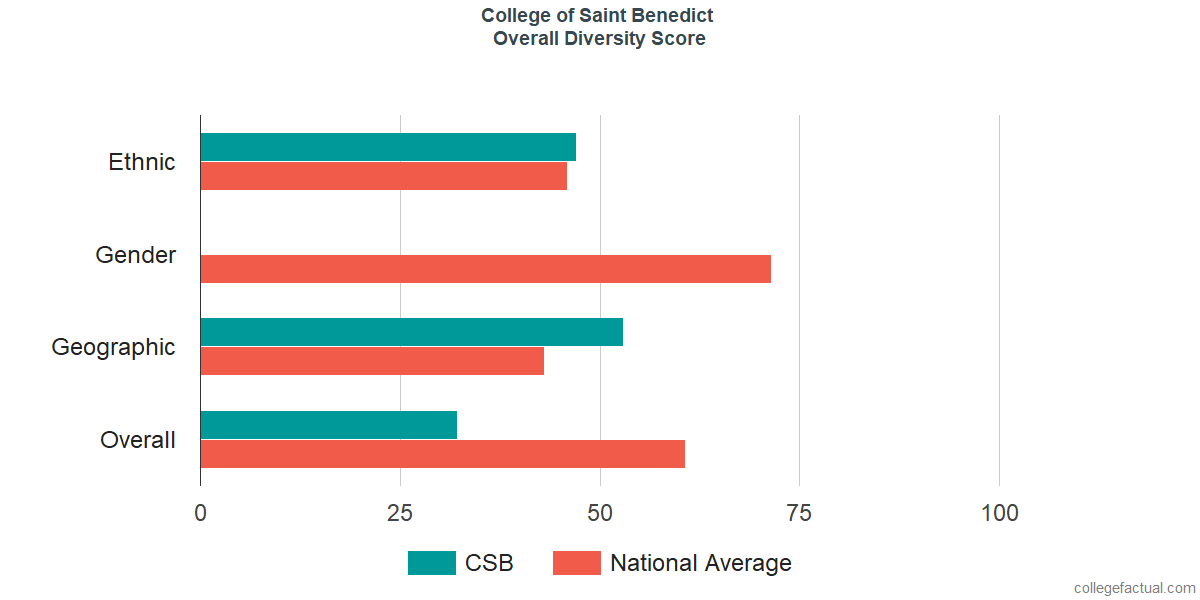 Many young people value the chance to meet and learn from student-peers from different racial and ethnic backgrounds, unfortunately, that may be hard to do at this school.

College of Saint Benedict is ranked #2,902 in ethnic diversity nationwide with a student body composition that is below the national average.

If available, the chart below explores racial diversity among the undergraduate students at CSB.

CSB's racial diversity is below the national average. 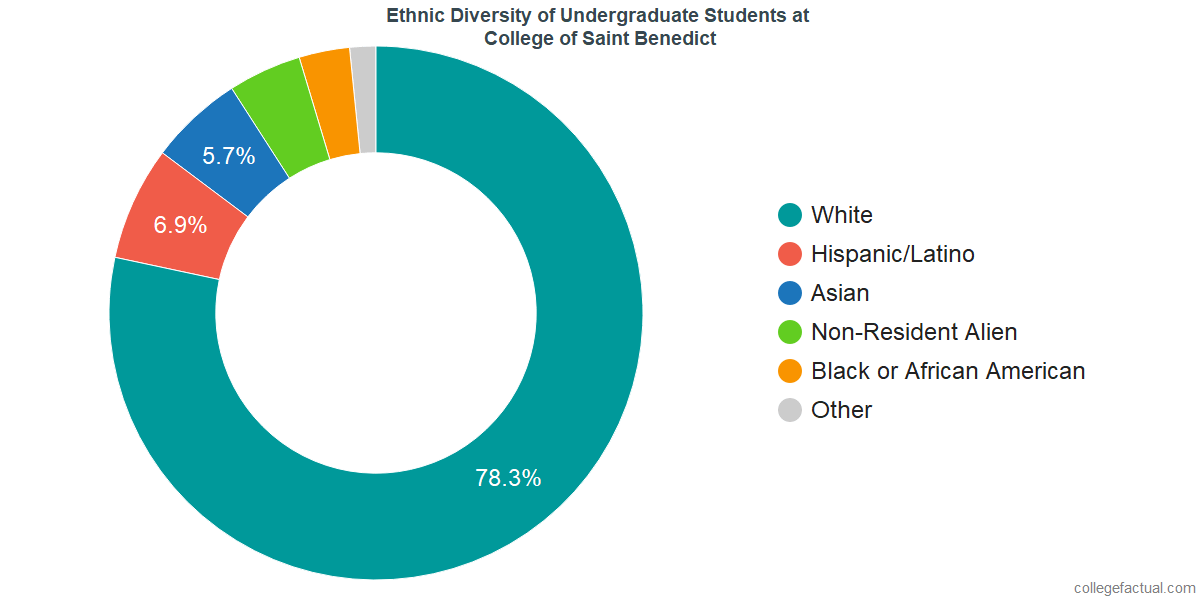 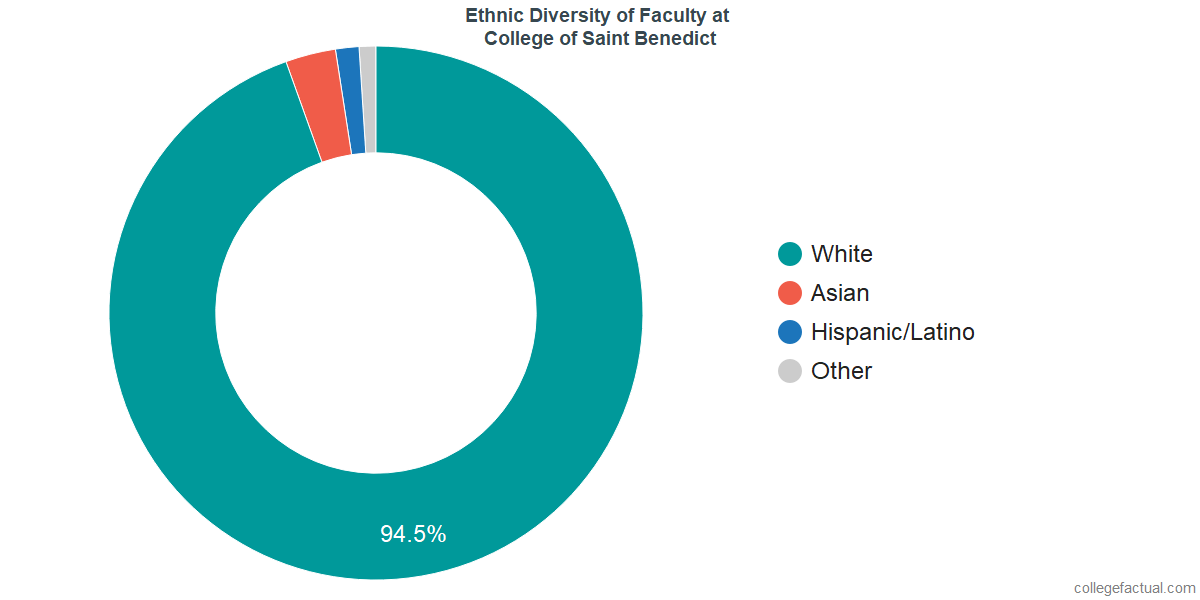 Will you feel more comfortable on a campus with a balanced mix of males to females?

At College of Saint Benedict, the disparity between men and women on campus is much higher than the national average. The undergraduate student body at CSB is predominantly female.

This college is ranked at #3,683 in male to female diversity nationwide. The undergraduate population is comprised of 0 males and 1,782 females.

When available, the chart below includes the male to female ratio among CSB's undergraduate students.

The male to female ratio at CSB is poor compared to the national average. 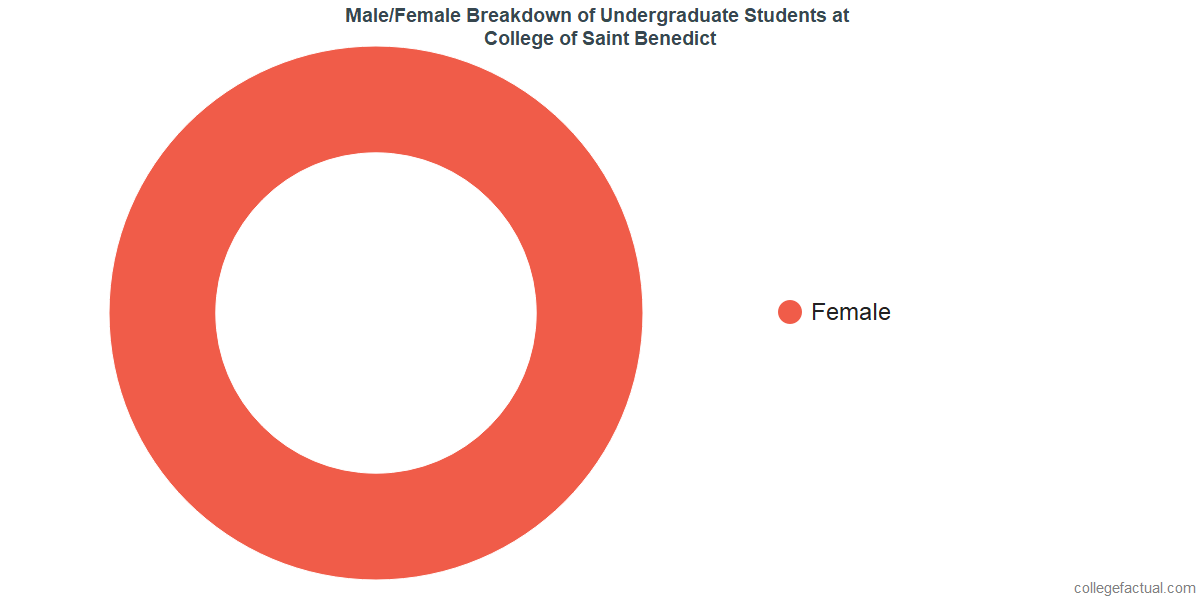 When available, the chart below includes the male to female ratio among CSB's faculty.

The ratio of male to female faculty at CSB is excellent. 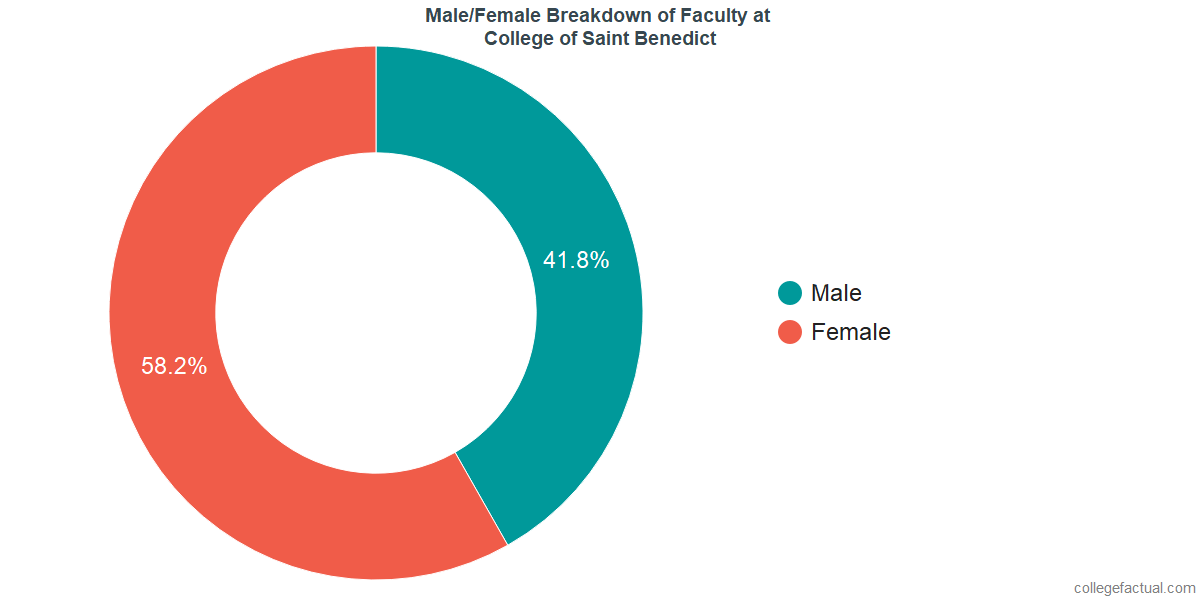 In order to come up with the geographic diversity for each school, we factored in where every student resided before they were admitted.

About 81.7% of the students attending College of Saint Benedict come from within Minnesota. This places CSB at the national average and gives it a national geographic diversity ranking of #1,100. 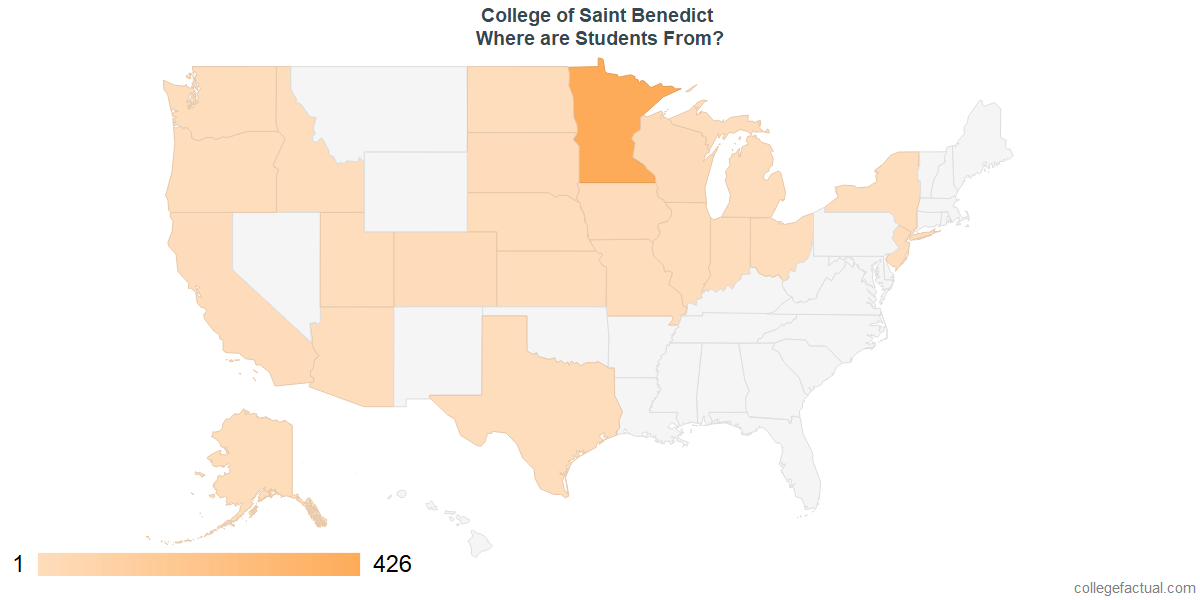 There is a medium sized community of about 78 international students at College of Saint Benedict representing at least -1 countries. Go to the CSB International Student Page for more information.

Take a Look at Age Diversity at CSB

Analyze the age distribution of CSB students with the following chart. 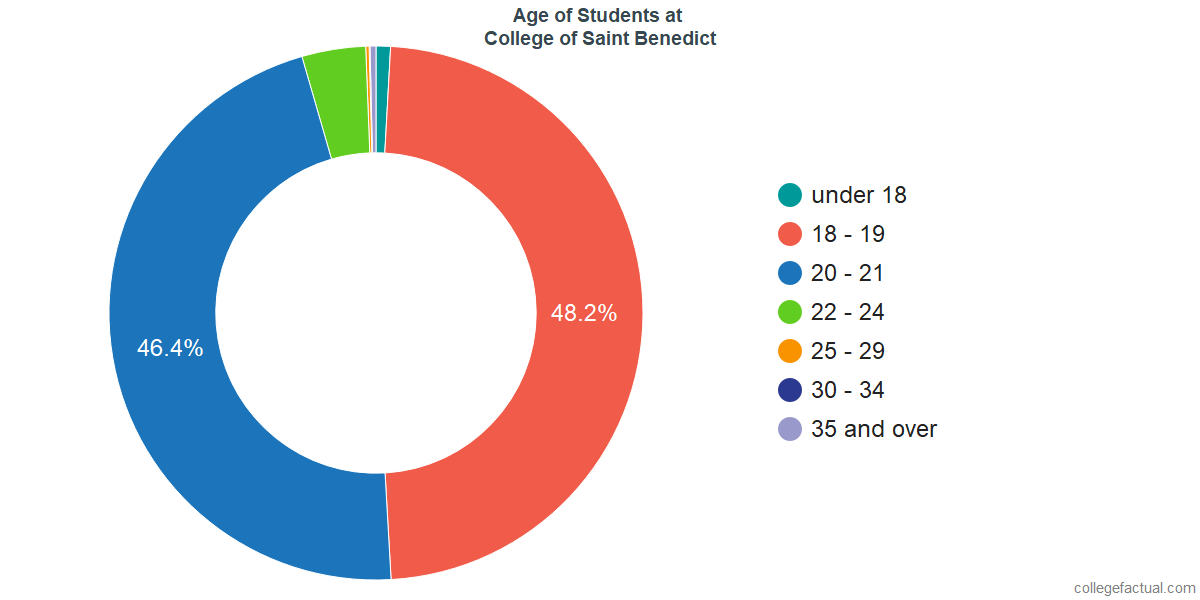 Continue Your Research on CSB

The College of Saint Benedict (for women) shares a co-educational academic experience with Saint Johns University (for men). Students of both colleges attend classes together and share libraries, dining centers, and other facilities.