Del State Demographics: How Diverse Is It?

Start now by Learning About Diversity at Del State, and how it Compares to Other Schools in the U.S..

Pretty Good When it Comes to Diversity

The overall diversity ranking is created by combining the results of racial, geographic, gender and age diversity. 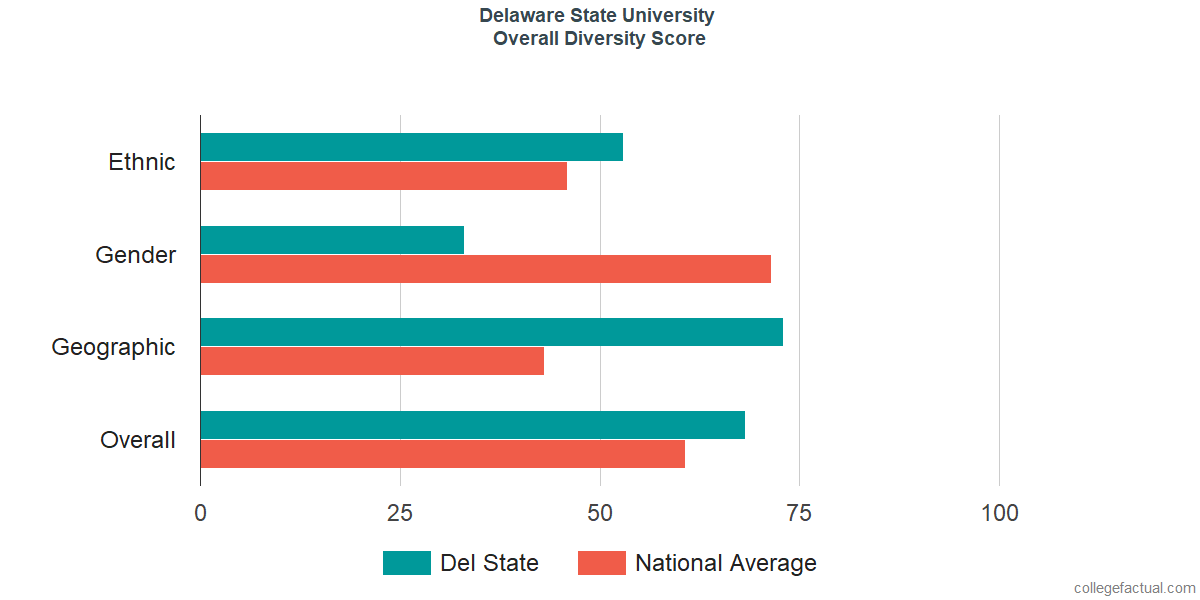 Racially diverse schools allow students to meet and learn with others from different racial and ethnic backgrounds. It also means the school is working to fairly represent and support all students.

Delaware State University is ranked #2,420 in ethnic diversity nationwide with a student body composition that is pretty close to the national average.

This university is also an Historically Black College or University (HBCU) with a principal mission of serving and educating the black community.

Take a Deeper Look at Racial Diversity at Del State

When available, the chart below explores racial diversity among the undergraduate students at Del State.

Del State's racial diversity is on par with the national average. 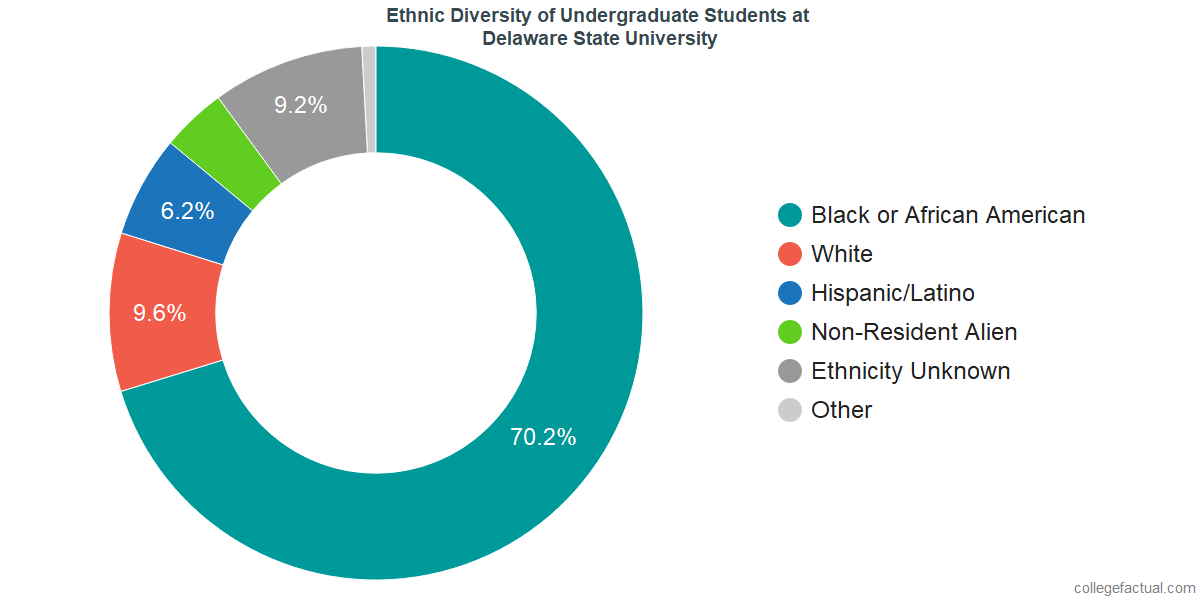 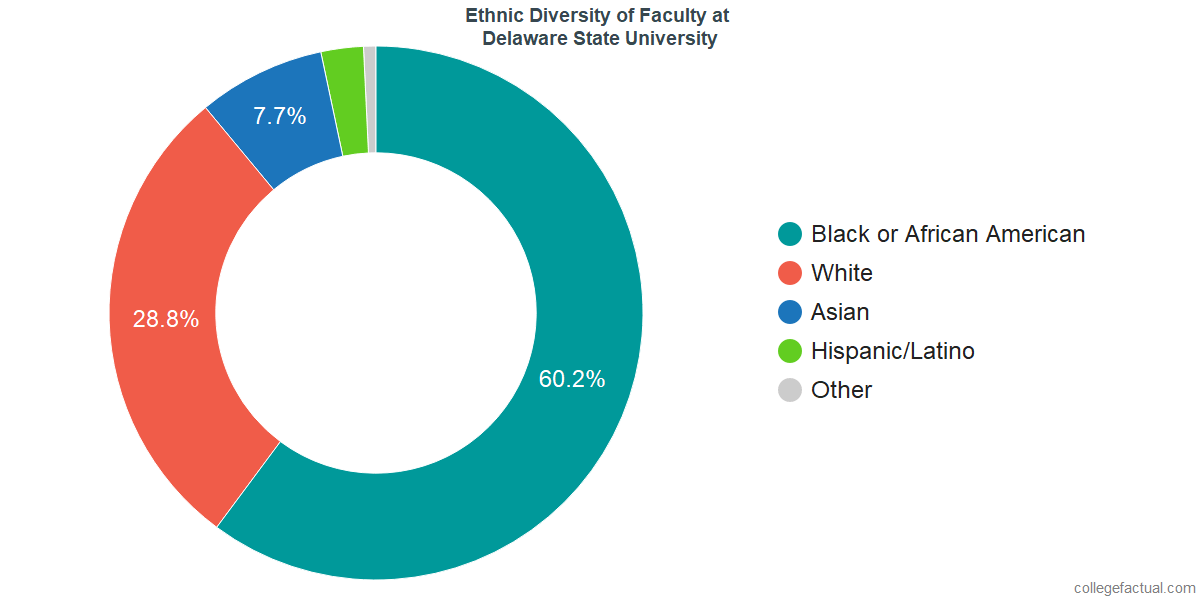 If you're seeking a school with an equal mix of male and female students, this isn't the choice for you.

At Delaware State University, the disparity between men and women on campus is higher than the national average. The undergraduate student body at Del State is predominantly female.

This university is ranked at #2,465 in male to female diversity nationwide. The undergraduate population is comprised of 1,441 males and 2,767 females.

When available, the chart below includes the male to female distribution among Del State's undergraduate students.

The disparity between the counts of men and women at Delaware State University is higher than the national average. 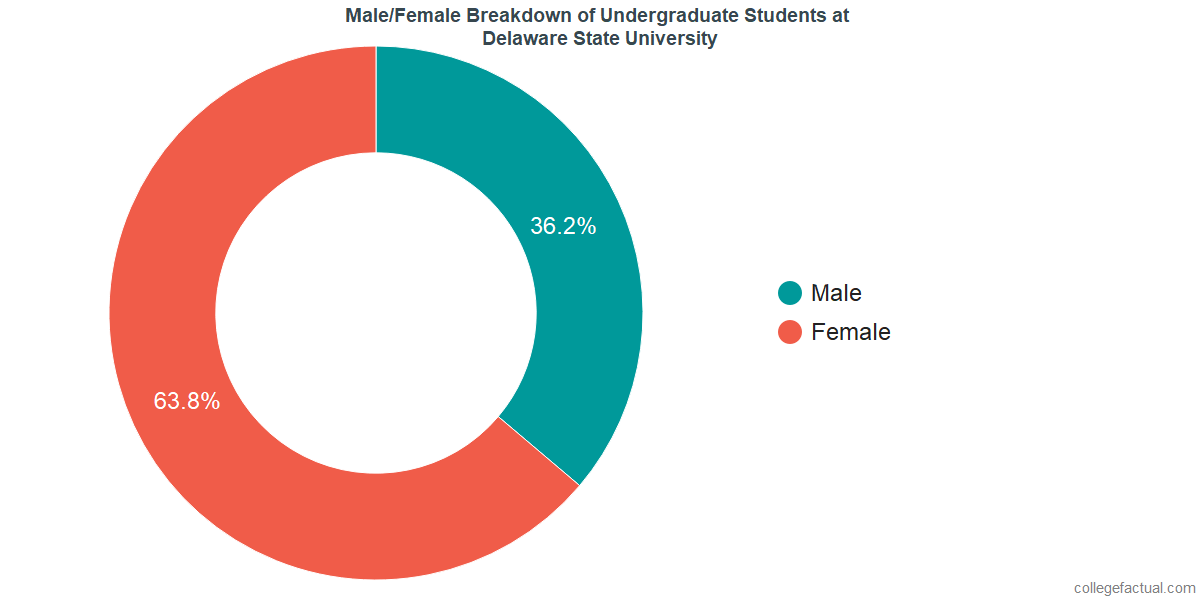 When available, the chart below includes the male to female distribution among Del State's faculty.

The ratio of male to female faculty at Del State is excellent. 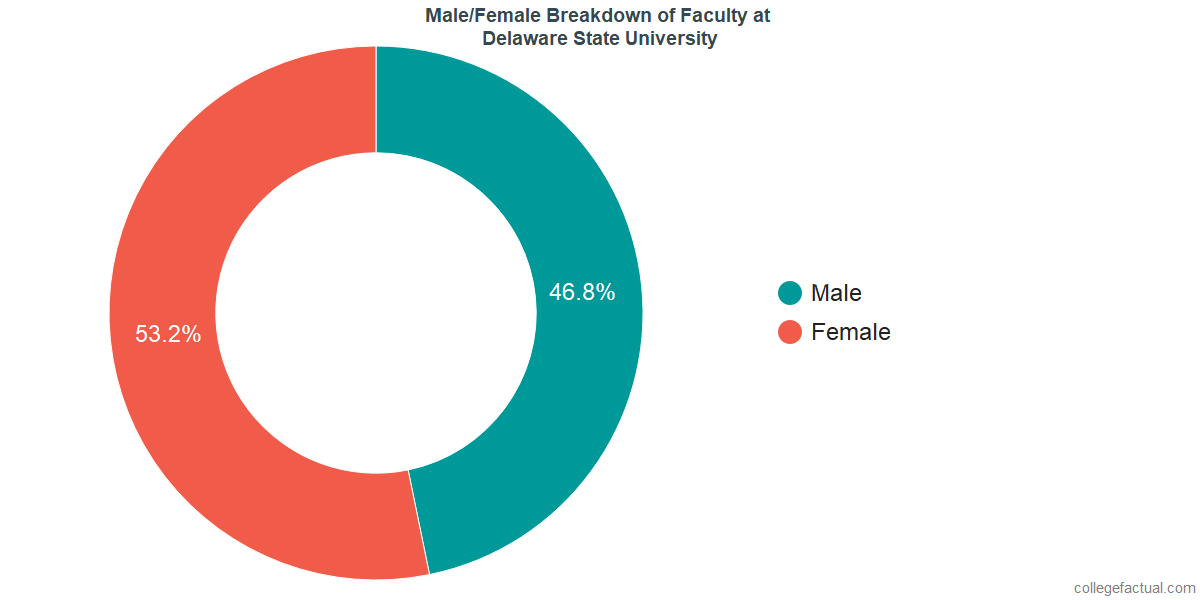 We took a look at where each of the school's admitted students lived before attending to come up with the geographic diversity rank.

About 40.8% of the students attending Delaware State University come from within Delaware. Del State's rating of #575 makes it above average in this factor.

The undergraduate student body is split among 24 states (may include Washington D.C.), as shown in the chart below. 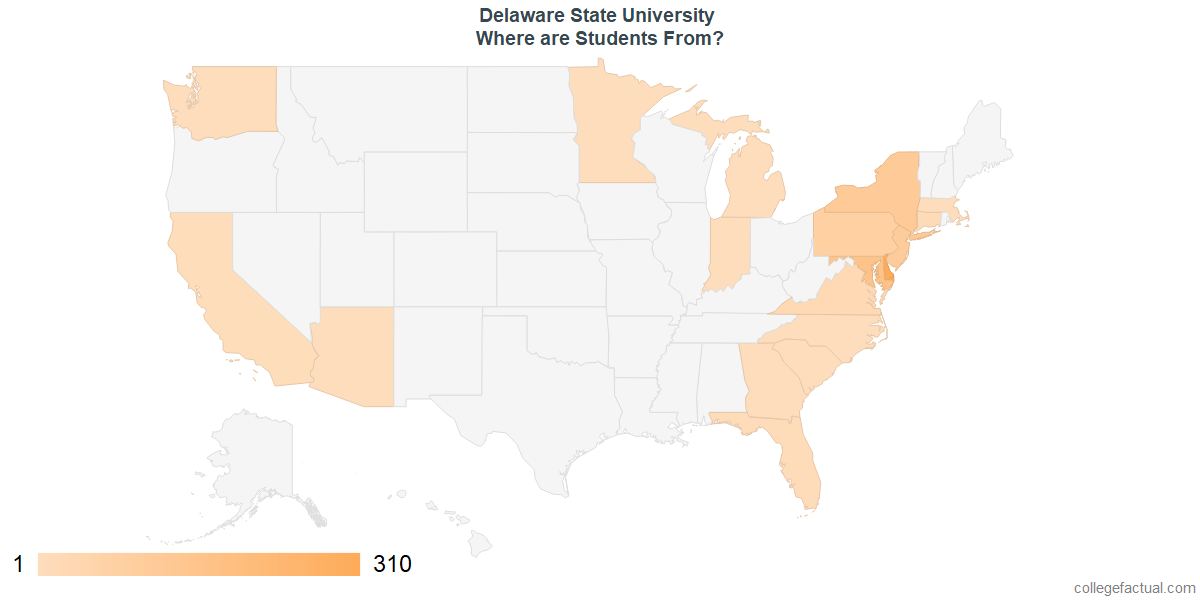 There is a mid sized group of about 230 international students at Delaware State University representing at least 20 countries. Go to the Del State International Student Page for more information.

The "traditional" college student is thought to be between the ages of 18-21. At Delaware State University, 64.1% of students are in the age 18 to 21 bracket, compared to the national average of 60%. We rank Del State #3,159 in the nation for student age diversity.

Analyze the age range of Del State students with the following chart. 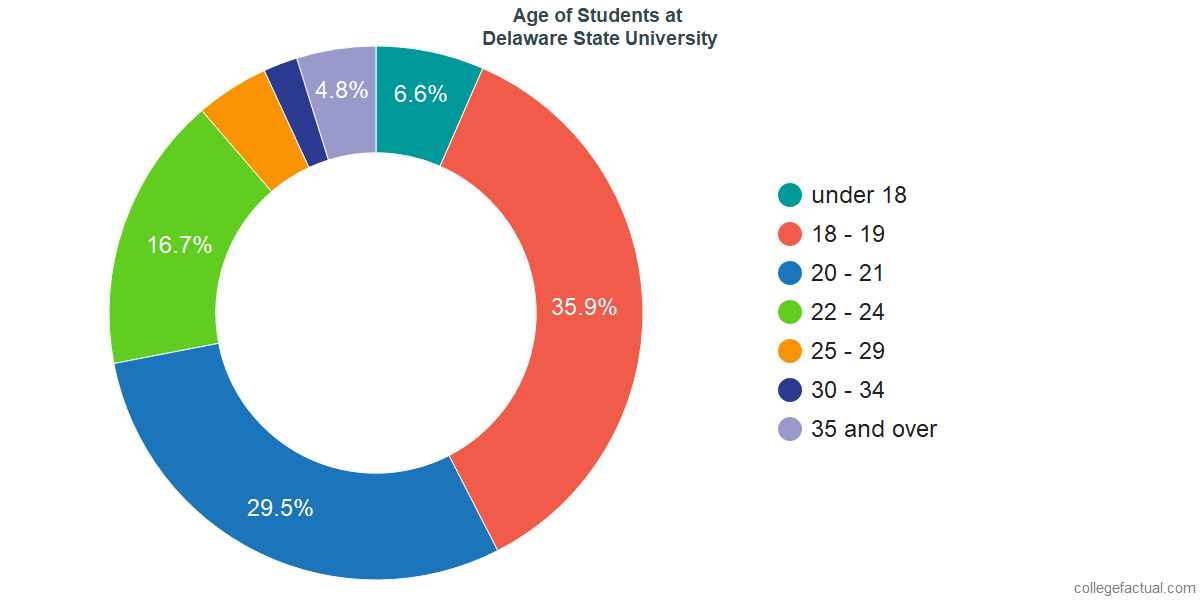 Continue Your Research on Del State