On this page, we take a look at the East Central University athletics program as well as each varsity sport offered at the school so student athletes can decide if the school is a good match for them.

What Division Is ECU In?

ECU is in the Great American Conference conference and faces off against other NCAA Division II with football schools.

A total number of 310 student athletes participate in varsity sports at the school, 198 of whom are male and 112 are female. On average, these students receive around $4,083 in sports-related student aid, which can help defray a lot of college costs. On average, the school gave males around $3,839 of sports aid and women received about $4,513. 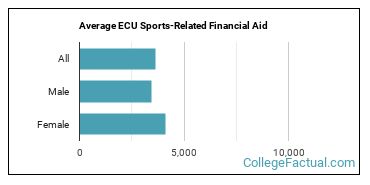 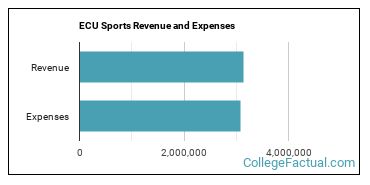 The net profit or loss can vary with each sport. For example, sports like basketball and football are often moneymakers for a school while other sports could be operating at a deficit. The chart below compares the amount of money made (or lost) for each of the men’s sports offered at ECU. 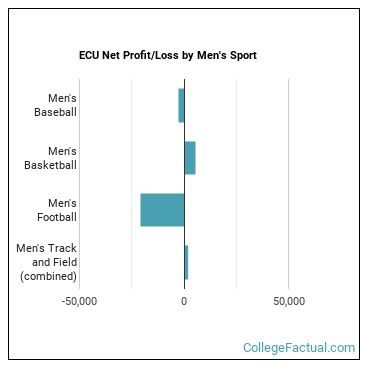 Likewise, money made for women’s athletics can vary quite a bit by sport. Here’s what the comparison looks like for women’s sports at ECU. 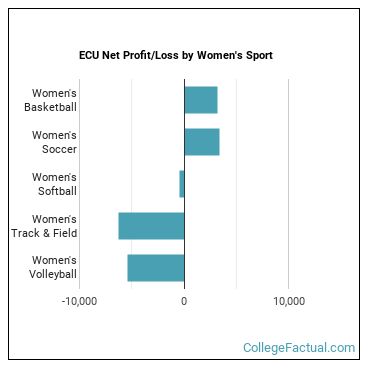 A Note About ECU Sports Rankings

In addition to giving other data about the sports below, we try to include each sport’s ranking on our Best Schools for a Sport lists when one exists. College Factual’s sports rankings are a little different than the other ones you’ll find on the Internet, since our analyses take both athletics and academics into account. We believe it’s important to get a great education, whether you participate in sports or not.

The 38-player men’s baseball team at ECU is kept in shape by one head coach and 4 assistant coaches. Our Best Colleges for Division II Men’s Baseball] ranking placed ECU# 223 out of the 235 schools in its division. 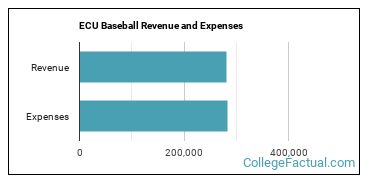 The 12-player women’s basketball team at ECU is kept in shape by one head coach and 5 assistant coaches. According to College Factual’s Best Colleges for Division II Women’s Basketball analysis, ECU was ranked #202 out of the 276 schools in its division.

In terms of financials, the ECU women’s basketball program paid out $310,577 in expenses and made $322,752 in total revenue. So, the program was a moneymaker for the school, bringing in $12,175 in net profit. Mark this down as a good thing. 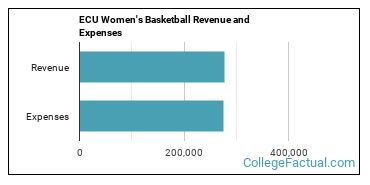 The head coach and 14 assistant coaches train and lead the 109 players of the ECU men’s football team. Our Best Colleges for Division II Men’s Football] ranking placed ECU# 133 out of the 160 schools in its division. 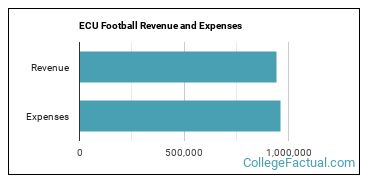 There are 25 players on the ECU women’s soccer team, and they are led by one head coach and 2 assistant coaches. Our Best Colleges for Division II Women’s Soccer ranking placed ECU# 214 out of the 230 schools in its division.

In terms of financials, the ECU women’s soccer program paid out $212,607 in expenses and made $216,418 in total revenue. This means the program turned a profit, making $3,811 for the school. This is great since many college sports programs lose money. 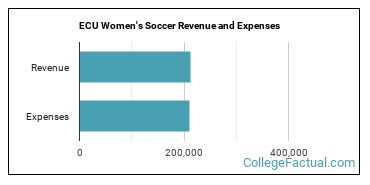 The head coach and 3 assistant coaches train and lead the 21 players of the ECU women’s softball team. Our Best Colleges for Division II Women’s Softball] ranking placed ECU# 183 out of the 260 schools in its division.

The ECU women’s softball program paid out $235,511 in expenses while making $238,755 in total revenue. That is, the program raked in a net profit of $3,244 for the school. Not all college sports teams can say that. 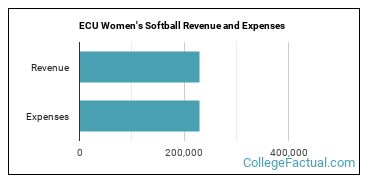 The head coach and assistant coach train and lead the 35 players of the ECU men’s track and field team. 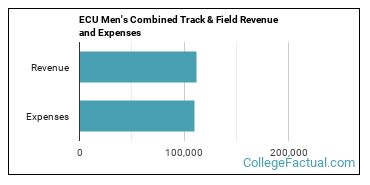 The 40 players of the ECU women’s track and field team are led by a head coach and an assistant coach.

On the money side of things, the ECU women’s track and field program brought home $145,856 in revenue and paid out $151,500 in total expenses. That’s not such good news since it means the program lost money to the tune of $-5,644. 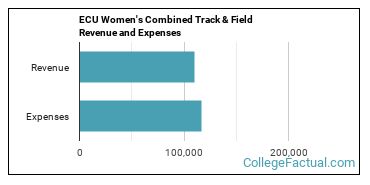 The ECU women’s volleyball team is made up of 14 players who, in turn, are trained and guided by a head coach and 2 assistant coaches. ECU landed the #239 spot in our Best Colleges for Division II Women’s Volleyball out of the 263 colleges and universities that were included in the analysis. 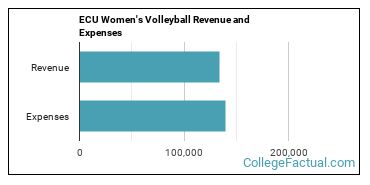 In case you’re wondering why certain sports that East Central University offers aren’t listed above, it’s because we have no data on those sports.